How Can the 'Institutions of Eminence' Attract and Retain Faculty?

The so-called 'institutions of eminence' will need to better strategise on how to attract and retain research-oriented faculty if they are to break into the top 500 in world university rankings. 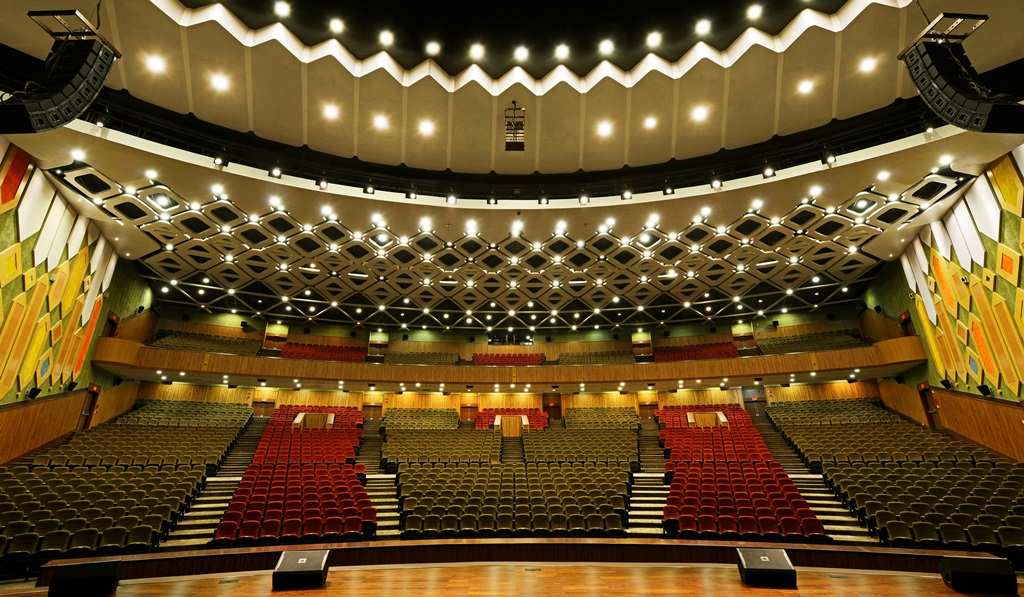 A leading multi-campus private university (let’s call it PU) – one nearly certain of being selected as an Institution of Eminence (IE), provided the government follows through with its plans – has launched an initiative in collaboration with a leading consultancy firm to better understand how it can attract and retain faculty. Clearly, PU is dead serious not only about its admission into the elite group of institutions but also in retaining that status. According to reports, the government’s position regarding IE is that select universities must break into the top 500 within 10 years in order to retain their status. PU officials want to make sure that their institution remains an IE at the end of that period and beyond. That is smart and long-term thinking, especially for an Indian university.

It’s likely that the PU officials know that to climb up world university rankings, their university must above all improve its research output, in numbers and in quality. Therefore, PU’s initiative is (or ought to be) primarily targeted at hiring research-oriented and relatively new faculty (those who are early into their careers) or perhaps luring senior faculty from other institutions who will not lose on their pensions by joining another institution. Senior faculty members at public universities are less likely to be attracted to PU unless they can transfer their pensions.

To some extent, PU officials may also be keen to understand what it will take them to hire and retain foreign faculty since their presence, along with students, counts in university rankings. More importantly, foreign faculty – which hopefully will be broadly defined by the government as those who have obtained a PhD degree from a top 500 university to not discriminate against Indian citizens – tend to be (though not necessarily) more research-oriented than those trained at most Indian institutions. It has been reported that IE can hire up to 30% foreign faculty.

I know from some sources that PU’s recent record at retaining faculty is horrendous, even though in terms of salary, infrastructure and other research facilities, it is at par with the best institutions in the country. One of PU’s campuses in fact reportedly lost 80% of its new hires from a total of 100+ it hired within a five year period. Interestingly, during this period, PU largely turned its back to academic inbreeding – i.e. hiring its own PhDs – and started to give preference to better-qualified faculty, usually from the best or at least better Indian institutions and from abroad. That was one of the main reasons why PU was able to hire some excellent research-oriented faculty in the first place. However, it lost most of them fairly quickly for the same reason, i.e. giving them preference over those trained at PU.

The rest of what follows is my thinking on the subject, for PU as well as other institutions that may face a similar situation in less than a year from now, once they are admitted into the elite IE list. I have limited myself to what I believe to be the five key factors (in no particular order): salaries, location, reputation, infrastructure and treatment by colleagues and administration – even though there certainly are other considerations that are in play. Some of the recommendations for attracting faculty are also useful for retaining them, though not all and not to the same extent.

1. Salary: As an IE, PU will have the option to legally pay higher salaries to some faculty, something which it cannot do at this time. However, competing institutions can do the same. But it was not salaries alone that attracted 100+ faculty members to join PU in the first place. They came because PU greatly reduced academic inbreeding and faculty salaries were comparable to similar institutions in the country. Some 80+% of the hired faculty left not simply because they got higher salaries elsewhere. They left because some preferred jobs in their home states; because they wanted to work at more prestigious institutions; because their spouses could not find work in the town that the particular PU campus was located at or they could not secure employment at the same PU campus; or because they were badly treated and discriminated against by their senior colleagues.

The point is that salaries are only one of the many reasons why faculty members join or leave an institution. In order to attract and more importantly retain faculty, PU must address salary plus other concerns that its incoming faculty may have, not just into the first few months but well into at least the first two-three years. This is when new hires discover other things – almost always discouraging – about PU.

2. Location: Location matters a lot. The best universities in India are located primarily in some of the largest cities. And they have a clear advantage over those in smaller towns despite the fact that they are overcrowded and their environmental and other conditions are pathetic.

However: In 21st century India, spouses of academics tend to be educated and interested in working. Many are trained as academics as well. There are fewer job opportunities in smaller towns. Like everyone else, academics care about the education of their children. Smaller towns do not usually have good schools, and are often lacking in good healthcare as well. The advantage that the IITs in Mumbai and New Delhi enjoy in terms of location partly explains why they have been able to hire the largest number of new PhDs from some of the best institutions abroad. Delhi’s colleges boast of large numbers of research-oriented faculty who prefer to teach at the undergraduate level – as opposed to teaching graduate students at central universities in far-flung locations.

PU is a multi-campus university and some of these campuses are in smaller towns. It cannot change their location so it has to attract and retain faculty despite such constraints. In fact, it could do well to favour those academics whose spouses – subject to their academic qualifications – could also be hired as faculty or administrative staff. This would allow PU to partially compensate for the inferior location of some of its campuses. A similar strategy could be followed by other institutions that are not located in large urban centres.

3. Reputation: Reputation is not an issue for PU. It is considered among the best institutions in the country and its success or failure to attract and retain faculty has little to do with its reputation and more to do with other factors.

The reputation of an academic institution matters for attracting and retaining faculty but perhaps not as much as salaries, infrastructure, location and where applicable, employment opportunities for spouses. A terrifically-reputed university in a small town cannot expect to retain its faculty when there are no employment opportunities for educated spouses. The same institution cannot retain its faculty when another institution is prepared to pay more. At the same time, it can certainly hope to retain those faculty members whose spouses find employment at the same institution or even in the same town.

An institution’s reputation, however, is built over time. For new institutions, this is a disadvantage that can only be partially overcome by, among other things, hiring the best faculty money can buy – including academic superstars – and retaining them. The solid reputation that the newly-built Ashoka University already enjoys is to a fairly large extent based on the pedigree of its faculty. If a newish university can, for example, persuade Ramachandra Guha to join as its faculty, it would be a good start to building its reputation. PU can use the same strategy to enhance its reputation further.

4. Infrastructure: PU has everything going for it in terms of infrastructure though it could do better. Lack of adequate infrastructure – especially libraries and laboratories, the two Ls – is not a likely reason for PU failing to attract or retain faculty. However, since it is a science and technology- heavy university, and in my view traditionally biased against humanities and the social sciences, it has given inadequate attention to hiring big names in humanities and social science disciplines or building its libraries in a manner that would satisfy humanities and social science scholars. However, to its credit, PU does not discriminate in terms of internal research grants which compensates somewhat for its aforementioned bias. For other universities which are similar to PU in terms of their focus on sciences and engineering, they may be well advised to learn from PU.

That being said, if the goal for IE is to break into the top 500 in world university rankings, they can afford to ignore humanities and the social sciences for now. World university rankings remain biased against humanities and the social sciences. According to Philip Altbach and Ellen Hazelkorn, “rankings favour universities with strength in the sciences, engineering and medicine.”

For example, it is only recently that one ranking organisation started to include books in research output. Faculty in the humanities and social sciences typically make a name for themselves through books and less through journal articles, the publication format that is favoured by ranking organisations. At the same time, ranking parameters change over time, and PU and other institutions of the kind are well-advised to give reasonably fair treatment to their humanities and social science departments. Note that MIT, an institution which India’s technology-focused institutions look up to, also has some of the best social science departments – including political science, a discipline that India’s science and technology focused institutions are wary of – in the world.

5. Treatment by administration and colleagues: All else being equal, one of the main factors that determines faculty retention at any institution in India, is the relationship between new hires and the old faculty and administration. The specific challenges that research-oriented faculty, especially those with PhDs from abroad, face at institutions and departments that have until recently mostly thrived on the basis of teaching has been discussed before. Older teaching-oriented and teaching-focused faculty members tend to be dismissive, even hostile, to newer research-oriented younger faculty; the latter, in turn, see them as dinosaurs standing in the way of progress.

Both kinds of faculty are needed by universities and it is important that relations between them are cordial. But older, senior faculty are typically in positions of power and do real harm. Younger faculty will move on when treated badly by them, as soon as they get the opportunity to. Why would they stay on, for example, if their research contributions are not even acknowledged or recognised, and when they are denied promotions or other benefits when they are deserving of it? It is possible that PU’s failures in faculty retention are due to – other than location – the difficulties created for new faculty members by the older generation of professors and administrative staff.

A healthy relationship between new and old faculty matters for other reasons as well. Even in the age of the internet, research-oriented faculty members typically seek to work in departments and with colleagues who share a passion for research, knowing well that there are benefits in sharing ideas with a peer group. Where such support or environment is lacking, it is normal for them to move to other institutions.