Can India Afford the Increasing Privatisation of Public Universities?

Under the guise of self-financing and 'autonomy', universities are being pushed into a situation where student fees will keep increasing. Privatisation of education, especially of higher education, is one of the most fiercely debated topics in India. People on both sides have argued their points emphatically. Keeping our disagreements aside, we must accept the fact that ‘privatisation’ in higher education is not something that is yet to happen. In fact, it has already happened.

We can gauge this from the fact that over 60% of higher educational institutions in India are directly or indirectly controlled by private players.

What I wish to focus on is the often ignored aspect of how public institutions, and especially universities, are gradually being converted into private entities. The process unfolding today is in fact a step ahead of privatisation. What we are witnessing is the corporatisation of higher education in the country.

Take the case of the creation of the Higher Education Financing Agency (HEFA). HEFA is a joint venture of Canara Bank and the Ministry of Human Resource Development (MHRD).

It was supposed to provide financial assistance for the creation of educational infrastructure, and for research and development in Indian universities. Curiously, HEFA funding will replace the current grant assistance given by the government of India towards the infrastructure projects of higher educational institutions.

So where will HEFA get its funds from? We are told that it will mobilise resources from the market on the basis of equity from individuals or corporate entities through bonds, to finance the requirements of educational institutions. But how will this loan be repaid and what will be the method of repaying it? Isn’t this but a sophisticated method of privatising public spaces?

In the process, if a principal or vice-chancellor (who wants to please the government) borrows a huge amount of money, then the institution will end up with a huge liability, which will, in turn, be collected from students by increasing their fees.

Another important development is the introduction of self-financing courses. Although these are not new, the emphasis on such courses has enhanced as have the fees charged for them. This is clearly being done to increase internal resources.

Also read: Mediocrity in Higher Education Is a Bigger Blow Than India Acknowledges

When even well-heeled institutions like Jawaharlal Nehru University have started self-financing courses in engineering and management, we can only imagine the fate and direction of other central and state universities in India.

Autonomy for universities has been debated for quite some time. It has always been a buzzword in university circles. Can we really imagine a university without autonomy?

Last year, the government proposed that those universities and colleges which have performed very well consistently over a period of time, especially on the National Assessment and Accreditation Council’s (NAAC) scale, will be given complete autonomy. This is not a bad idea but it comes with a rider.

For the government, ‘autonomy’ primarily means self-financing. Institutions have to raise the money they need on their own and this will naturally be done by charging very high fees from students and also through ‘public-private partnerships’. When we examine what this autonomy entails for public universities in India, it becomes clear that it amounts to nothing but an enhanced push for the commercialisation of public institutions, particularly, universities.

Apart from the above measures, the MHRD had earlier come up with a 70:30 formula, where central universities were asked to generate at least 30% of their funding on their own. Though formally rolled back in letter, this has actually been operational in spirit as the essence of fund generating and sharing remains, even though not necessarily in accordance with terms dictated in the earlier regulation.

Taken together, these measures are making our institutions increasingly commercialised,  taking a serious toll on equity. The access of  millions of young aspiring children to high-quality higher education is being jeopardised.

Whether it is the repayment of loans or the introduction of self-financing courses, ultimately this will boil down to a significant increase in student fees across different public universities. This will, in turn, become a serious deterrent for those who cannot afford it. 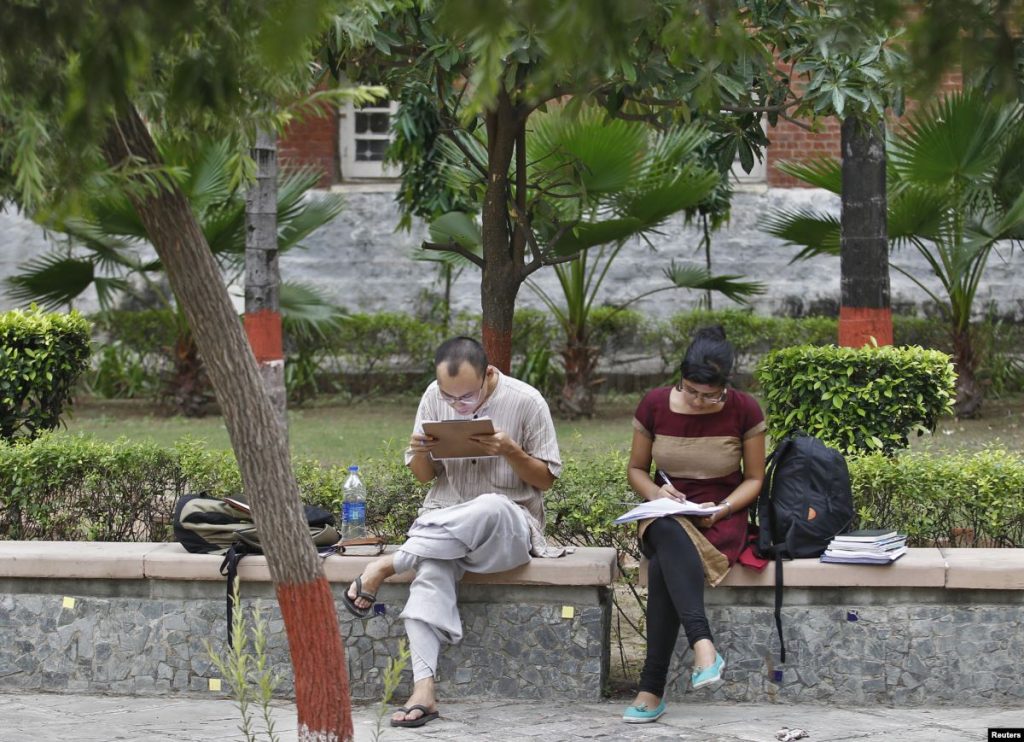 Any step which a particular government takes must be in consonance with constitutional provisions of the state. Photo: Reuters

If such steps are taken, then whatever little success this country has achieved in terms of diversity of campuses will be lost and only the relatively affluent will be able to make it to public universities.

Also read: The Systematic Dismantling of Public Higher Education in Western UP

Moreover, corporatisation of education will also mean that the market will decide which courses are to be offered and which not. This essentially means courses in the humanities and social sciences will struggle for space in Indian universities as job-oriented courses with high placement chances are given more importance in the future. This is a terrible idea and needs to be contested.

Last but not the least, a state which considers itself democratic must not shy away from taking on the responsibility of educating its own people.

Manzoor Ahmad Parey is assistant professor of rducateon at the Higher Education Department of the government of Jammu and Kashmir. He is posted at GDC Ganderbal, Kashmir. His views are personal.