The lack of policy implementation, diversion of funds and the failure of monitoring mechanisms are some of the causes. 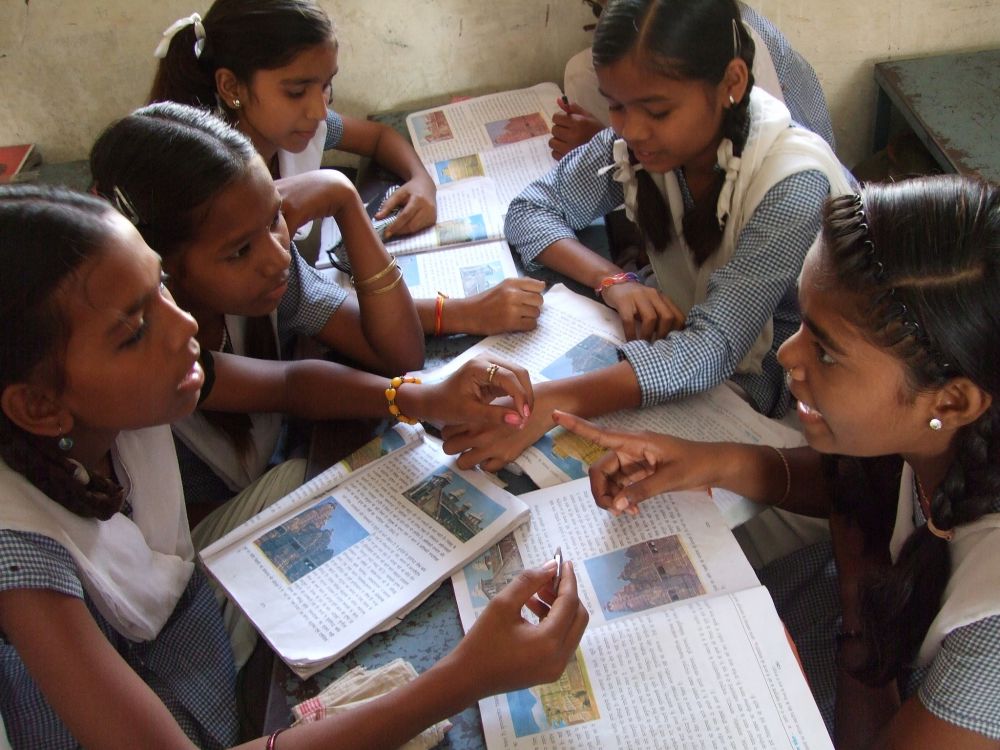 The Beti Bachao Beti Padhao Scheme (BBBPS) is a flagship programme run by the central government to ensure the survival, protection and education of the girl child. The idea may be noble, but according to Comptroller & Auditor General of India (CAG) state reports, the scheme has not been able to achieve its objectives.

The PM India BBBPS website lists many success stories and multiple examples to demonstrate that the scheme has received great responses from across India, specifically mentioning achievements in Punjab and Haryana. These success stories are at odds with the findings of CAG reports on Social, General and Economic Sectors (Non-Public Sector Undertakings) on BBBPS in Haryana and Punjab.

Among BBBPS’s aims was improving the sex ratio at birth (SRB) in gender critical districts by ten points in a year. As per the CAG reports, in various districts of Haryana and Punjab, the sex ratio has worsened. For example, in Panipat, Haryana the ratio was 892 against the target of 902 but, it dropped further to 881. It is worth mentioning that this is despite the fact that the sex ratio has been increasing steadily for the last four years in the state as a whole, going from 833 in 2011 to 876 in 2015 due to the impact of several other schemes. In Punjab, during 2015, six districts saw a decrease in SRB in comparison to the baseline values of 2014. In four of these districts, the SRB was not only declining but also less than Punjab’s overall SRB.

The target of increasing girls’ enrolment in secondary schools and achieving 100% re-enrolment of girls who had dropped out was also left incomplete. The Pre-Conception and Pre-Natal Diagnostic Techniques (PCPNDT) Act, 1994 could also do with more strengthening.

BBBPS is a centrally sponsored scheme that provides 100% financial assistance to state governments to encourage girl child education. Haryana has 20 districts that are in the gender critical district list. As per the guidelines, Rs 5 lakh were to be provided to each district for implementing the scheme. The diversion of funds has been noted in various districts of Haryana. For example, in Panipat out of the Rs 5 lakh received by the district, three were spent on the preparation of a “Theme Gate” at the town’s entrance to mark the launching of the scheme. The expenditure has been categorised as ‘irregular’ and is tantamount to the diversion of funds. Similarly, an expenditure of Rs 21.24 lakh was incurred in 2015 by the women and child development department from funds provided by the scheme to purchase 1,800 laptop bags and 2,900 mugs. There was no provision in the scheme for these items. In Punjab, the district programme officers deposited Rs 1 lakh (Rs 1,000 for each girl child) in the bank accounts of 100 girls covered under the Sukanya Samriddhi Yojana. This was irregular as the financial benefits promised by other schemes were not supposed to be provided from the BBBPS funds. Thus, it was declared as a diversion of funds.

Overall, out of a total amount of Rs 43 crore that was set aside for BBBP in the fiscal year 2016-2017, only Rs 5 crore has been correctly utilised, according to the report of the Parliamentary Standing Committee on Human Resource Development. The amount of money spent on this scheme in the current fiscal year is also less than one-tenth of the Rs 59.37 crore spent on BBBP in the previous fiscal year. Against the Rs 14.28 crore provided in the budget, Rs 8.08 crore was released by the government and only Rs 5.31 crore was spent from January 2015 to March 2016 in Haryana. Similarly, out of Rs 6.36 crore released by the central government to the state government during 2014-16, only Rs 0.91 crore was utilised up to March 2016 in Punjab.

Under the scheme, district authorities are required to effectively monitor and ensure that the use of sex-determination tools by families and doctors leads to stringent legal action against them. The guidelines of the scheme emphasise the importance of enforcing the PCPNDT Act at the national, state and district levels. But, there were various gaps in implementation observed which directly dilute authorities’ monitoring capacity.

None of the gender critical districts in Haryana have an anonymous online complaint portal. The anonymous portal was to be made functional by September 2014. Only seven complaints regarding unregistered doctors operating ultrasound machines and illegal activities under the PCPNDT Act were received during 2014-16. As per the scheme’s guidelines, district PCPNDT cells were to be strengthened with technical manpower and equipment. No action has been initiated to strengthen the PCPNDT cells. No specific targets have been mentioned in the guidelines with respect to conducting inspections of diagnostic centres. But, the CAG report highlights the need for having fixed targets for inspections to ensure proper monitoring. The department did not monitor the scheme adequately according to the CAG report. The guidelines state that field inspections and monitoring is to be carried out every three months in all districts by the State Inspection and Monitoring Committee. It was noted that against the requirement of five meetings only one meeting was held in 2015-2016.

Various measures were to be taken as per the guidelines to improve the enrolment and re-enrolment of girls for secondary education. Various implementation gaps were found in the CAG reports. Firstly, awards were to be given to five schools every year in each gender critical district at the rate of Rs 1 lakh per school through the education departments of respective districts for strengthening and promoting girls’ education. In three Haryana districts, compared to the award of Rs 15 lakhs only Rs 1 lakh was distributed in 2015-2016. The report found that the reason for the non-distribution of funds was that they had been utilised by the state government for funding other elements of the scheme. Secondly, the guidelines state that girls’ enrolment in secondary education (ninth to 12th class) should be increased from 76% in 2013-14 to 79% by 2017. The report found that the percentage of girls’ enrolment in secondary education in the selected districts decreased in 2015-16 compared to 2014-15. Thirdly, the director and special secretary of secondary education directed, in July 2015, that all the district officers in Haryana had to ensure zero drop-outs and 100% retention of girls up to secondary school. The CAG report found that based on figures from 2014-15 and 2015-16, this target was not achieved.

The state government of Haryana was in charge of creating a state task force (STF) and district task force (DTF) with a view to co-ordinate the implementation of various state level schemes under the BBBPS. But, against the requirement of five meetings only one STF meeting and three DTF ones were conducted in 2015-2016. In Punjab, no quarterly meetings of the STF were conducted to implement the convergence and coordination between concerned departments as required under the scheme’s guidelines. It was also noted that against the required 44 and 308  quarterly meetings expected of the DTF and block task force (BTF) respectively, only 22 and ten meetings were held, respectively, during 2015-16.

The guidelines stated that to ensure accountability and improvement in services, it was important to document all activities conducted at the district, block and gram panchayat levels. Upon closer inspection, the CAG report found that there were no records of implementation for various activities held for Information, Education & Communication (IEC) activities and child development during 2014-2015 and 2015-2016. In Punjab, it was found that meetings could not be held since there were no monthly progress reports produced or even utilisation certificates (UCs) and statements of expenditure (SOE) from the districts.

There have been reports that state governments have issued orders to independent agencies to check the validity of the data collected by district officials. Audits in various districts revealed that the births of all girls had been registered while those of some baby boys had been concealed to present improved figures of the gender ratio in some districts.

The true state of affairs cannot be gauged when poor implementation of policies is combined with data manipulation by government officials who under pressure to show growth. Presenting an ideal picture can make policy makers complacent. It can lead to poor policy planning and eventually the objectives of the scheme will not be achieved if things go on this way. There will be no progress and policy makers’ focus will shift away from the scheme.

Successive governments have taken multiple measures to improve the gender ratio yet, across India, the practice of female infanticide and foeticide is remains rampant. Every policy contributes in improving the ratio but when policies are not implemented and numbers are manipulated, it sets us back by many years. The long-term effects of a skewed gender ratio range from a lack of employment opportunities for women and health concerns to its impact on the overall development of the country. A drop in the number of women may lead to a decline in population, increase in crimes against women and an increase in human trafficking.