The chief proctor allegedly told students to "keep quiet" until the prime minister's two-day visit to Varanasi, beginning the day of the protest, was over. 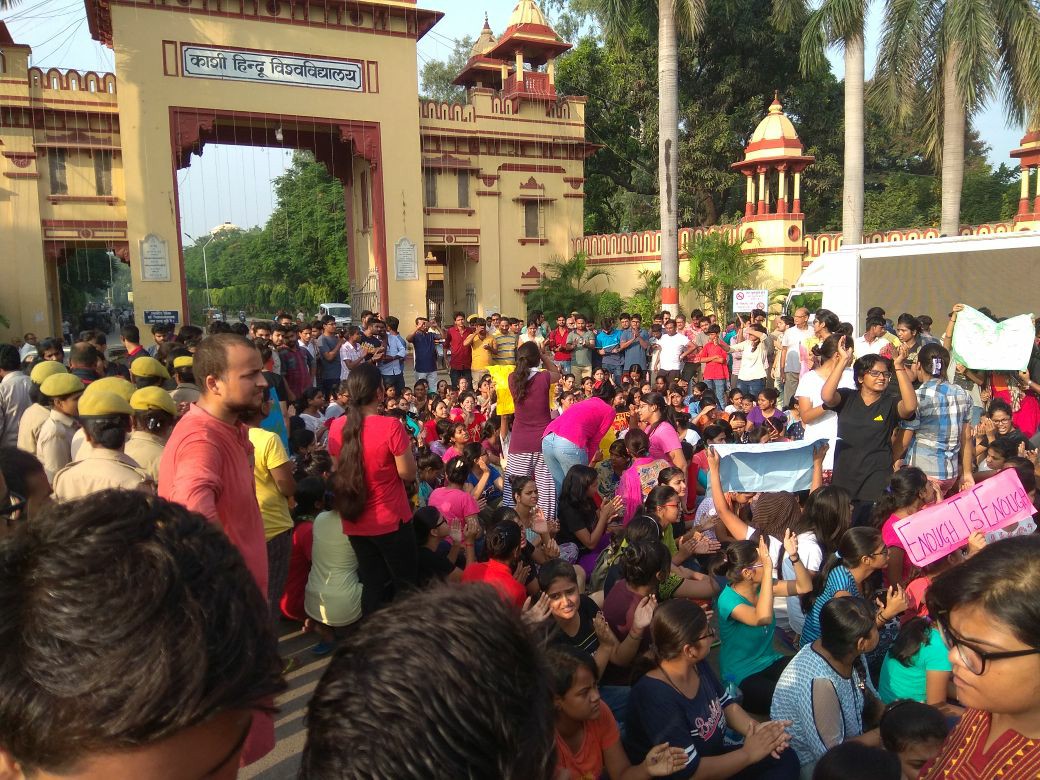 New Delhi: Students from Banaras Hindu University (BHU), Varanasi held a large protest on Friday (September 22) against the university administration responding to the molestation of a student by seeking to shame the victim.

A first-year student and resident of the university hostel was molested and grabbed by three bike-borne men just inside the BHU campus at around 6:20 pm on Thursday evening. According to students, when she called for help, the university guards ignored her. She then went inside to report the matter to university officials, but they too were less than sympathetic, students say.

“When the student was molested last evening at 6, she shouted for help but the guards sitting there did not come forward or chase the men. She went and complained to her warden and the chief proctor but they began shaming her. They asked her why she was out so late. They told students that the hostel curfew timings will be shifted from 7 pm to 6 pm,” a female student at the protest told the Indian Express.

According to The Hindu, the complainant and her friends said the guards who had ignored her later snubbed them when they went to ask why there was no response to her cries for help, made misogynist remarks and said she should be careful when out alone in the dark.

The protest, which went on until late into the night, was held on the day when Prime Minister Narendra Modi was visiting Varanasi, his parliamentary constituency. “PM Modi has been speaking volumes about his ambitious Beti Bachao, Beti Padhao campaign but he should come and see the reality at BHU. The VC and proctor, instead of ordering an inquiry, are blaming the girl for roaming around inside the university premises late in the evening,” a student told India Today, adding that they wanted the prime minister to take note of their protest. According to a report in the Times of India, Modi’s cavalcade was supposed to pass through the BHU gate but changed course to avoid the protest.

According to DNA, students were told not to protest because the prime minister was visiting. “You all keep quite till the prime minister’s visit is over,” students quoted the chief proctor as saying. The newspaper also reported that the chief proctor, O.N. Singh, held talks with the students and promised to punish the perpetrators of the molestation incident. One of the female students also shaved her head in protest, DNA said.

Note: An earlier version of this story, based on initial reports, said the incident happened just outside the campus gate. In fact, it occurred within campus.