As Freedoms Continue to Be Curbed in JNU, It Cannot Be Business as Usual

Slowly but surely, the university's culture and traditions are being dismantled from within.

I started reading about the meeting between Abhijit Banerjee and the prime minister with the hope that the Nobel laureate must have shared with Narendra Modi his worry about the way his university is being treated. I kept looking for the word “JNU” in the reports. I should have understood that the rules of politeness would have prevented the “professional” from raising not so urgent issues with the prime minister. However, I hear that they did discuss the state of the country’s economy.

This article is, however, not about Abhijit Banerjee. It is about the urgency with which we need to respond to the distress call of JNU, which is being throttled. Even though it is happening before our eyes, we are silent. The recent order by the JNU administration to restrict entry hours to the common rooms and the legendary Parthasarthi rocks is yet another string pulled to strangulate the university.

There is deafening silence in the academic community of India about this assault on a university. Not just the academic community, the bureaucracy and police are stacked with alumni of JNU. They may remain beholden to the government of the day, but that should not prevent them for writing to the vice-chancellor to tell him what JNU actually means and why he, a transitory entity in the long march (hopefully) of the university, cannot misuse his position to destroy this institution. 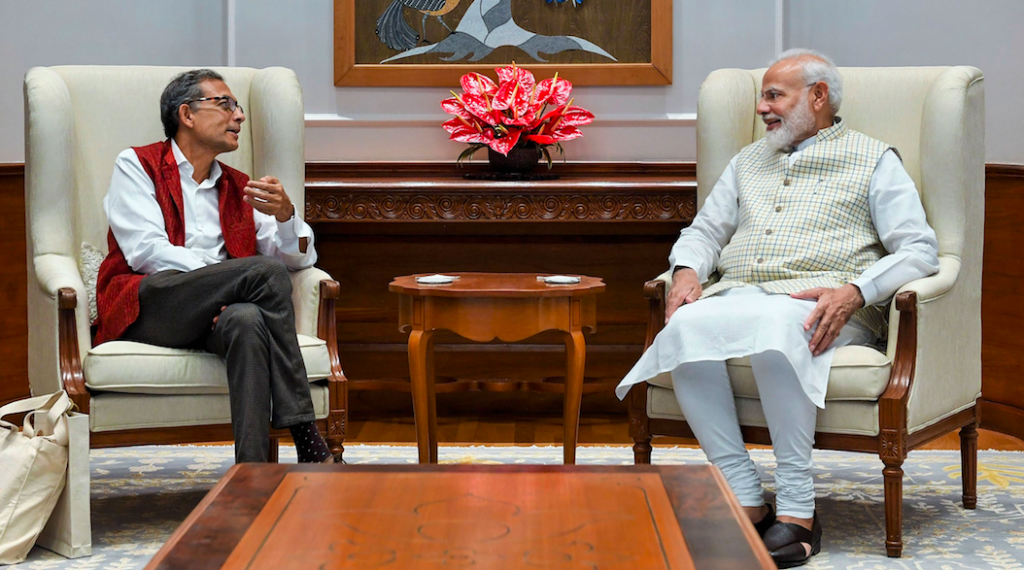 Prime Minister Narendra Modi and Nobel laureate Abhijit Banerjee, who won the Nobel Prize for Economics this year, during a meeting at the PM’s residence, in New Delhi. Photo: PTI

Nothing if not open and free

JNU is nothing if not open and free. I recall my visits to the university in the early 80s. What startled me was that most hostels did not have locks. Much later, in 1990, my friend Chandrashekhar decided to move to Delhi. He found a roof and also food in the rooms and mess of the Brahmaputra hostel. An unknown person from a small qasba of Bihar, he knew only Kishore Kumar, who readily welcomed him. Gradually other rooms also became his own.

Soon after that, he enrolled as a student there. Had it not been the culture of openness in JNU, it would have been impossible for Chandrashekhar to even survive in Delhi. While studying there, he joined AISA. As president of the JNU students’ union, Chandrashekhar remained a darling of all students, those affiliated with AISA and others. This is not a unique case. Generations of students graduating from JNU can tell you similar stories.

As a student activist, I always admired the way it was conducted in the JNU. It was more of a cerebral affair. You could find endangered species like Trotskyites there. Colourful graffiti and wall writing and an extraordinarily low-cost student lection were something other universities could follow.

Its openness enchanted people like me. I knew that not everything was great here and human pettiness and caprice also thrived on the campus. It was a well-known fact that most students preferred civil services over academics and research. Despite all this, there was something in JNU which made it the preferred destination for young minds across India.

As a teacher, I was invited by students for their post-dinner mess seminars or meetings. Many a time, I have returned at 1 or 2 am. It was slightly tiresome, but how could one resist the young people who were eager to discuss and debate even when the date on the calendar changes.

I have always encouraged my students to join JNU, if not for anything then its campus life. That is something universities like DU or Jamia Millia lack. It is the culture part of any university which is beyond statutes and ordinances. So, when a new vice-chancellor enters the campus, it is her or his duty to imbibe the culture and learn its manners and not try to cut the university to the size of its rulebooks.

All the previous vice-chancellors of JNU, great and not so great, respected its culture. If this culture had nurtured a Jaishankar and a Sitharaman, it has also nestled Abhijit Banerjee. Students have moved to Harvard but also to places away from the metros, like Sunil, who decided to use his intellect to work in the villages.

The university’s administration has always looked up to its faculty. So, when it tries to measure the height of Romila Thapar, you have to look at the scaffolding which supports the university.

We know sadly that great institutions with a long history need only one person to destroy them. The Delhi University suffered a calamity of this nature only four years ago. It should surprise us that a single person can bring out and use the worst in us to have his or her way.

The scope and scale of the tragedy unfolding at JNU go beyond the campus. The “nation” has been pitched against a small university. JNU is now a metaphor used by those who side with the government to describe despicable internal enemies. There was a time, not long ago, when universities aspired to be like JNU. Now, VCs and ministers claim that they would not allow their universities to turn into another JNU. This is the journey we have made as a nation and society. Our horizon has shrunk and our souls constricted. 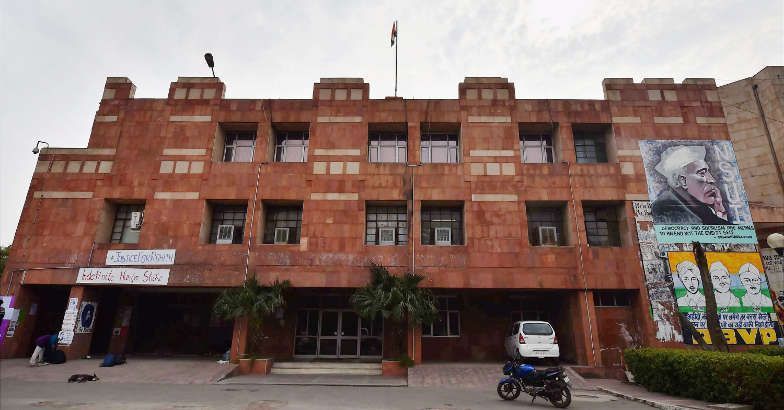 The business of academics, however, goes on as usual. Universities are being ordained with the title of Institute of Eminence. More are in the race and some wring their hands for having been found unfit by the esteemed committee and the UGC. They prepare for the next round, shrugging off the earlier snub. There is not a murmur of protest, not a word of indignation that is privately expressed.

There is hardly any solidarity for JNU in the academic community. As I read Avijit Pathak’s call for introspection, I can sense the fatigue that is now overtaking the JNU community. After all, if you are made to run to the courts even for small things like an academic leave, how long will you last against an authority determined to finish you?

Also Read: JNU Teachers and Students, We Need Some Introspection

I hear that appointments to faculty positions are done with the extra objective to “bring JNU to the mainstream”, to outnumber the unruly teachers still on the campus.

Can we expect an academic satyagraha? Or is it asking for too much from those who depend on the government for their research projects, who do not want their professional careers to be cut short?