He also put up an unrelenting fight to the RSS's efforts to present a communal version of India's history.

It is painful to write the obituary of a close friend and colleague whom one has respected and admired for his enormous courage to stand up for his principles, his self-effacing simplicity, his generosity and kindness towards all, particularly the disadvantaged. Professor Arjun Dev passed away quite unexpectedly on the morning of March 29 at a hospital near his home in Noida. Born on November 12, 1938 in Leiah, West Punjab (now in Pakistan), he did his schooling in Ambala and then studied at Kirori Mal College, Delhi University. He is survived by his loyal partner in all his activities, his wife Indira Arjun Dev. Apart from his wife and other members of his family like his nephew, Dr Arun Mitra, a social activist in Ludhiana, particularly among doctors, and his wife, the firebrand working-class leader Amarjeet Kaur of the CPI, who took great pride in his professional activities, his large circle of friends deeply mourn the loss of one of the last of a generation of scholars committed to the people of this country and the idea of India embodied in the Indian national movement.

Arjun joined the Left movement at a very young age. Kirori Mal College at that time boasted a range of outstanding left wing professors in several disciplines like History, Economics, Political Science and Literature and he was clearly influenced by them. Though close to the CPI, he was a fiercely independent intellectual who refused to be contained by the limits laid down by any “party line”. He had, as a result, a large number of friends and co-workers among those who were committed to a progressive, secular cause across the entire political spectrum in India. Along with towering intellectuals like professor Bipan Chandra and Mohit Sen, people he was close to and he admired, he fully participated in strengthening a positive understanding of the Indian National Movement and particularly Gandhiji from a left perspective. This was reflected in his work throughout his life. 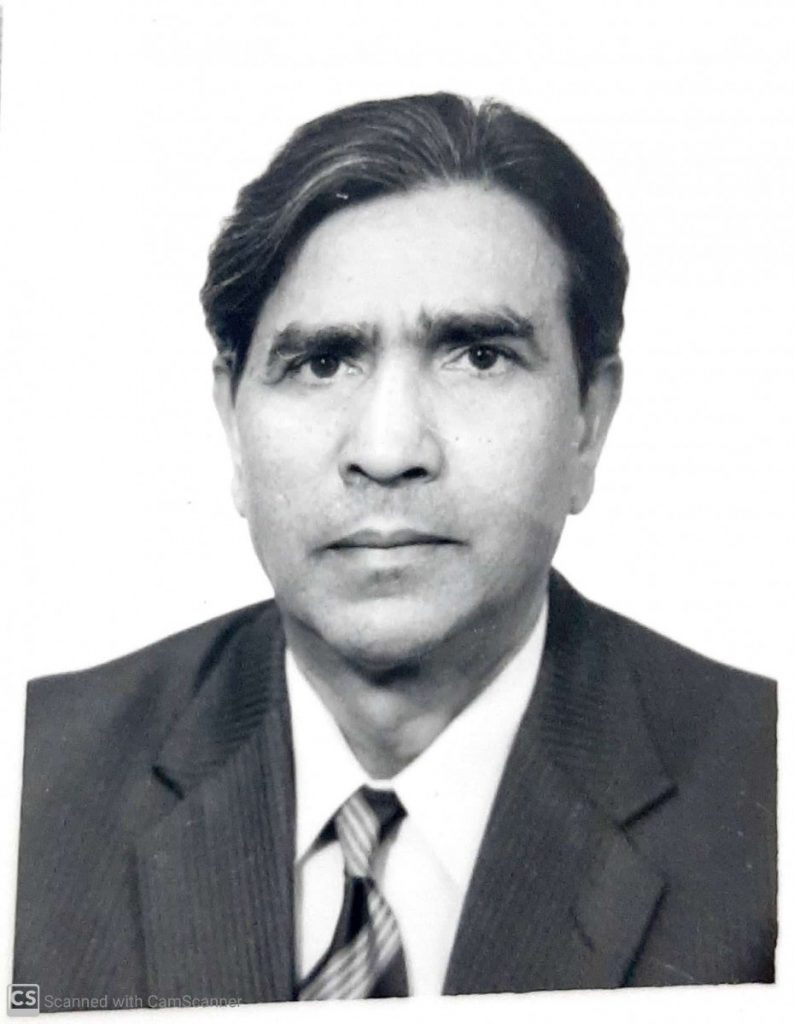 The first job Arjun took up after he left Delhi University was as a historian in the newly founded  National Council of Educational Research and Training (NCERT) in 1961. He spent his entire formal working career at this institution in a fundamental way, shaping its character in its heyday, retiring from there in 2000 as professor of History and Dean, Department of Social Sciences and Humanities. He found his life partner in Indira who had joined the NCERT in 1972. Together, they wrote a large number of extremely popular textbooks: Modern India for class VIII, Story of Civilisation in two volumes for Class IX and X and World History for Class XII. Once the NCERT under the NDA regime in 2002 discontinued his books, the World History book was republished by Orient Blackswan as History of the World: From the Late 19th to the Early 20th Century and has remained a very widely read text even today.

Arjun and Indira, along with colleagues in the NCERT, Dr G.L. Adhya and the artist Santo Datta, also produced a monumental pictorial history of India’s freedom struggle with a large number of photographs, maps, documents and excellent commentaries. A product of more than seven years of extensive research all over the country,  the volume titled  India’s Struggle for Independence: Visuals and Documents was released by Prime Minister Rajiv Gandhi on the 100th Anniversary of the Indian National Congress in Bombay in 1985. Long out of print, it is a pity that the NCERT has not thought it fit to reprint this outstanding labour of love, a landmark tribute to our freedom struggle, and an excellent teaching aid in schools and colleges.

Arjun and Indira also led a major, extremely important project to collect the songs of the freedom struggle from all over the country. More than fifty songs in all major Indian languages from all over the country were assiduously recorded, transcribed and translated into English. Many of their friends in different parts of the country like Prof. V Ramakrishna and Prof. Chaman Lal gave them critical support in this difficult task. In Chennai, many songs from southern India were actually sung by the grandson of the legendary Tamil poet Subramania Bharati for this collection. Alas, Arjun fell ill while writing the preface. Indira promises to finish this work and we hope the NCERT will publish it.

The NCERT had spearheaded an effort conceived in the late 1960s to create modern, scientific school textbooks which would replace the ones which had continued from colonial times with their colonial and communal bias. Arjun had collaborated in the effort not only by writing himself but to get some of the tallest professional historians India had produced since independence, like Romila Thapar, R.S. Sharma, Satish Chandra and Bipan Chandra to write textbooks for schoolgoing children. These texts became a great success and became a template for school textbook writing globally. Generations of children grew up reading these texts and they remain popular despite decades of effort of the Hindutva brigade to ban or remove them from the NCERT list.

Also Read: The Cuts from NCERT History Textbooks Are Symptomatic of a Larger Malaise

Though the Rashtriya Swayamsewak Sangh (RSS) had been promoting, since the 1950s, a deeply divisive and communal interpretation of history through school texts produced by Vidya Bharati and Saraswati Shishu Mandir publications, they began to use state power to attack and discontinue or ban secular scientific texts like the ones produced by the NCERT whenever the opportunity arose. The first time the RSS came close to state power in the Centre was when the Jan Sangh merged with the Janata Party and the party came to power in 1977. Immediately, the demand came to remove texts written by R.S. Sharma and others. Within the NCERT, Arjun Dev stood like a rock refusing to comply and he played a critical role in mobilising his colleagues in the NCERT, as well as across the country, to protest against the move until the effort was abandoned.

The lessons of 1977 were learnt and the next time the RSS came close to power during the regime of A.B. Vajpayee in 1999-2004, pliant people were appointed as heads of critical bodies like the NCERT, UGC, CBSE, ICHR and ICSSR. Murli Manohar Joshi, the education minister, was empowered to launch a massive attack on the secular NCERT texts, ordering deletions dictated by the RSS, followed by their outright withdrawal. Scholars from across the country who opposed this move, which included people like Amartya Sen, Romila Thapar, Bipan Chandra, Irfan Habib and of course Arjun Dev, were termed  “anti-Hindu Euro-Indians” (the predecessor to the ‘anti-national’ epithet) by K.S. Sudershan, the RSS sarsangchalak. Joshi went one step further, describing them as intellectual terrorists promoting tendencies “more dangerous than cross border terrorism.” No wonder vigilante groups began demanding that R.S. Sharma, Romila Thapar and Arjun Dev be arrested! Sadly, in the end, despite the resistance, the outstanding texts written by the country’s best, globally renowned scholars were removed and replaced by badly written, factually wrong and communal texts written by unknown people toeing the Hindutva line. 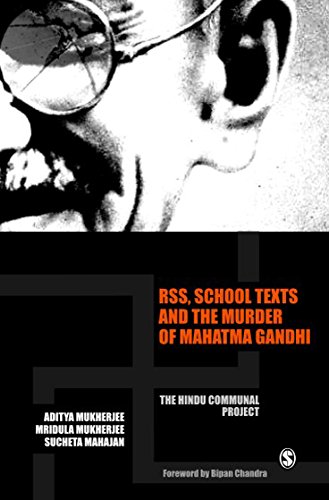 While what was happening in the NCERT was disturbing, what was happening outside was much more alarming. Large number of textbooks, which were deeply communal and divisive, such as the RSS inspired Vidya Bharati and Saraswati Shishu Mandir publications were being used widely. A National Steering Committee on Textbook evaluation consisting of a large number of eminent academics from all over the country and professor Arjun Dev as member secretary was formed to look into this. Under Arjun’s leadership, a report was produced and placed before this committee in 1993 and 1994. The report was explosive, as it detailed through long extracts the communal poison and hatred towards the minorities being spread through these school textbooks. The report was like a wake up call to the country that if we do not stop the poisoning of the tender minds of our children, then in the decades to come, we will produce bigoted, hate-filled communal citizens susceptible to rioting and vigilantism. A wake up call taken seriously by a large number of civil society groups including the Delhi Historians Group in which we had the privilege of working with Arjun. In fact we used this report extensively in our book RSS, School Texts and the Murder of Mahatma Gandhi: The Hindu Communal Project (Sage) to sound the alarm bells. Unfortunately, our political mainstream did not see the need to meet this ideological onslaught frontally and we are paying the price for it today.

The Towards Freedom project

On retirement from the NCERT, Arjun was called upon to help revive the Towards Freedom project of the Indian Council of Historical Research. The project was meant to be the Indian answer to the Transfer of Power volumes brought out by the British Government covering the last decade of British rule. The Transfer of Power volumes presented mostly official documents which inevitably reflected a colonial view of India’s freedom struggle; the Towards Freedom project was designed to showcase non-official sources which would highlight the role of the popular movements.

The project had a chequered history. Started under the general editorship of professor Sarvepalli Gopal, the first two volumes published by OUP came out in 1997. But with the BJP-led NDA government coming to power in 1998, two volumes which were already in the press were withdrawn and the project stalled. Work on the project could only be resumed after the change of regime in 2004 and Arjun then became the coordinator of the project and Sabyasachi Bhattacharya the general editor. Arjun put his heart and soul into the project, and contributed greatly to the effort which saw a large number of volumes being published, covering the period right up to 1947.

As Arjun explained in an interview to The Wire in August 2017, “After the publication of the first two volumes, the BJP had realised that the documents related to the role of the Sangh parivar will not do it any good. Many of these documents actually expose its nationalist pretensions and show the communal role played by the Sangh during the nationalist movement.”

The political scenario that unfolded in India, and indeed in much of the world, in recent years saddened him greatly but did not dampen his spirit. It only strengthened his resolve to continue the good fight.

The battle against the communalisation of education and our society, which was so close to Arjun’s heart, continues and the best tribute we can pay to him is to continue it with all that we have.

Aditya Mukherjee and Mridula Mukherjee taught at the Centre for Historical Studies, JNU.