Will the NEP Throw a Spanner in Jagan Reddy's Plans for English-Medium Education?

Experts believe the state will not be able to implement its own policy once the National Education Policy becomes a law. 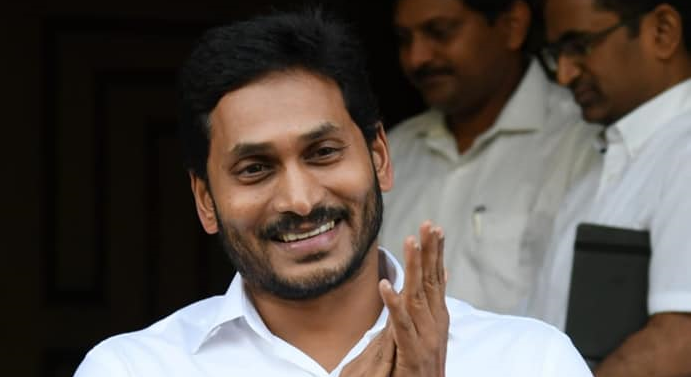 Vijayawada: The Y.S. Jaganmohan Reddy government’s decision to make English the medium of instruction in schools up to class five in Andhra Pradesh clashes with the Central government’s new National Education Policy (NEP). Education falls under the concurrent list on the constitution; responsibility is shared by the Centre and the states. The NEP seeks to introduce a uniform curriculum in vernacular languages or mother tongues in school education, “preferably” up to class eight, in two phases.

The move towards English-medium education in Andhra Pradesh is presently on hold, after the Andhra Pradesh high court set aside government orders that would have made the change in language of instruction official. The government has stuck to its guns and filed a review petition in the Supreme Court.

In the meantime, the government has asked for opinions from students’ parents, and claimed that 95% of the stakeholders favoured its decision. Government schools suffered from large-scale student migration to private schools on account of the craze for English education among parents. The quality of education in government schools also leaves students badly placed in the job market, some believe, and the lack of good English-language education is blamed for this.

Soon after coming to power in 2019, Jaganmohan Reddy attempted to concretise the move to make English the medium of primary education. But his decision triggered massive resistance from opposition parties and a section of civil society. Debates around this issue created a social divide, with the elites opting for private education on one side and the poor who had no option but to use government schools on the other.

What will happen in Andhra?

“Wherever possible, the medium of instruction until at least Grade 5 but preferably till Grade 8 and beyond will be preferably in home language, mother tongue, local language.”

The curriculum will include basic arts, crafts, humanities, games, sports and fitness, languages, literature, culture, and values, in addition to science and mathematics. It is aimed to prepare learners for gainful and fulfilling employment. “We are making an implementation plan with clear tasks and timelines and we would endeavour to implement the same in letter and spirit,” the minister asserted.

But Andhra Pradesh school education minister Adimulapu Suresh expressed the government’s strong resolve to implement English-medium education in government schools, saying the NEP is not a mandatory for states to follow. “Also, we cannot deny that education is under the purview of the concurrent list, which means states have an equal right as the Centre to take policy decisions,” Suresh said, adding that Telugu- and English-medium textbooks have already been printed for classes 1 to 6 for the current academic year, leaving no room for supplying new books with a different content.

Quoting Article 254 of the constitution, analyst K. Nageswar said the Centre will have a final say on subjects enumerated under the concurrent list when there is an inconsistency between the laws made by parliament and the state legislature. Once the NEP becomes a law, states will be left with no option but to fall in line, he said.

Even as the subject of school education comes under the concurrent list, states have been hitherto given a free hand to adopt their own policies in framing syllabi and preparing teaching content according to local requirements. “The NEP promises to ensure localised syllabi and prepare textbooks accordingly. But the experts sitting in Delhi cannot meet such a daunting task,” K. Viyanna Rao, former vice-chancellor of Acharya Nagarjuna University, told The Wire.

If the examples of Tamil Nadu and Karnataka are anything to go by, Rao said, the Modi government’s so-called ‘one nation, one education’ concept may open a can of worms. Even as the NEP proposes to introduce three languages as a part of the curriculum, the AIADMK government in Tamil Nadu, an ally of the Modi government, expressed its strong opposition to making Hindi a part of curriculum in that state.

The HRD minister later attempted mollifying Tamil Nadu chief minister E.K. Palaniswami, saying the three-language formula enunciated in NEP is voluntary and not imposed on any state against its will. Regional passions in Tamil Nadu against proposals to introduce Hindi in state education were stirred in 1963 and 1965 too, forcing successive chief ministers – C. Annadurai, M.G. Ramachandran and J. Jayalalitha – to adopt staunch anti-Hindi stands.

Even before the NEP was unveiled, in Karnataka, the Bharatiya Janata Party government led by B.S. Yediyurappa government dropped a chapter on Mysore ruler Tipu Sultan from the history textbook prescribed for class seven students on the pretext of cutting down the syllabus for the academic year 2020-21 in view of the coronavirus pandemic. Raka Sudhakar, an RSS ideologue, said the removal is “good riddance” since Tipu Sultan “perpetrated atrocities” against Hindus during his regime.

Viyanna Rao, who is currently director of the Bangalore-based South East Asian Group of Educational Institutes, said the two instances from Tamil Nadu and Karnataka fuelled suspicions over the alleged intentions of the NEP to saffronise the education system.

The Andhra Pradesh government, like other states, receives Central funds under the Sarva Siksha Abhiyan (SSA) for primary education, Rastriya Madhamik Siksha Abhiyan (RMSA) for secondary education and Rashtriya Uchchatar Shiksha Abhiyan (RUSA) for higher education. Education expert and lawmaker in the Andhra Pradesh legislative council V. Balasubramanyam said the prospects of the Centre suspending funds under these schemes could not be ruled out if the state government failed to fall in line with the NEP.

Implementing certain proposals in the NEP effecting structural changes in the ICDS (Integrated Child Development Scheme)-run anganwadi centres appears to be a daunting task. Anganwadi centres run by local teachers under the ICDS are currently looking after the nutrition and health requirements of children aged below five years.

The NEP proposes to make structural changes in this pre-primary stream in a way that the pre-primary school children are classified into nursery, lower kindergarten and upper kindergarten, and taught with content designed and supplied by the HRD department. But anganwadi teachers, who are required to only have passed class 10, will not be equipped for this job, says Balasubramanyam.