Andhra Pradesh: Will 'Amma Vodi' End Up Drawing Kids Away From Govt Schools?

On the face of it, the Andhra Budget for the education sector looks lofty but a closer look reveals that it is anything but a game changer.

Andhra Pradesh chief minister Y.S. Jaganmohan Reddy during the state assembly session on July 12, the same day on which the state Budget was presented in Amaravati. Photo: PTI

Having trounced the Telugu Desam Party (TDP) and romping to power with a resounding mandate in Andhra Pradesh, the ruling YSR Congress Party (YSRCP) presented its budget for 2019-20 with much fanfare.

On the face of it, the allocations to the education sector look lofty but a closer look reveals that it is anything but a game changer.

Extremely pleased to have started Rajanna Badibata. A program very close to my heart. No mother should struggle to send her child to school! Send them to school and I will take care of their education! & from Jan 26th, though our Amma Vodi promise we’ll give you 15000/- yearly. https://t.co/1yCcgY8Snh

The Amma Vodi scheme, which is one of the nine promises which catapulted the YSRCP to power, makes up nearly one-fifth of the education allocation. The scheme involves a cash transfer of Rs 15,000 to women with school going children, of families with white ration cards. The amount is fixed and does not depend on the number of school going children she has. It applies to mothers of students in both government and private schools, studying from Class 1 to Intermediate or Plus-2 levels.

The scheme has, however, become a bone of contention between the government and the teachers’ unions, who allege this would lead to neglect of government schools. P. Babu Reddy, general secretary of United Teachers Federation, said, “Initially, there was a surge in enrolment of children in government schools, but now some parents are in a dilemma. Private schools have now been luring parents by waiving fees until January 26, 2020, when the cheques are to be distributed to mothers. With some 30,000 teaching posts vacant, can government schools draw students anymore?”

Also read: Budget 2019 Fails to Give Education the Radical Boost it Needs

According to the 2011 Census, illiteracy at the national level is 27% while in Andhra Pradesh, it is 33%. Illiteracy among women in the state is 40%, while nationally it is 35%, as reiterated by finance minister Buggana Rajendranath Reddy in the assembly. Andhra ranks 32nd in literacy among states.

Figures speak for themselves

The minister also made a lofty claim of a 35% increase in the budget for education. But the numbers behind this increase in allocation have a different story to tell. Out of a budget of Rs 2.27 lakh crore, education has received Rs 32,618 crore which is just 14.31%.

This is less than the national average of 15.9% allocated by states and much less than the 26.40%, 19%, 18.5%, 18% and 16.42% allocated by Delhi, Kerala, Bihar, West Bengal and Tamil Nadu respectively. The Kothari Commission, it may be recalled, had recommended that 30% of the state budget, 10% of the Central Budget and 6% of the GDP should be apportioned for the education sector. 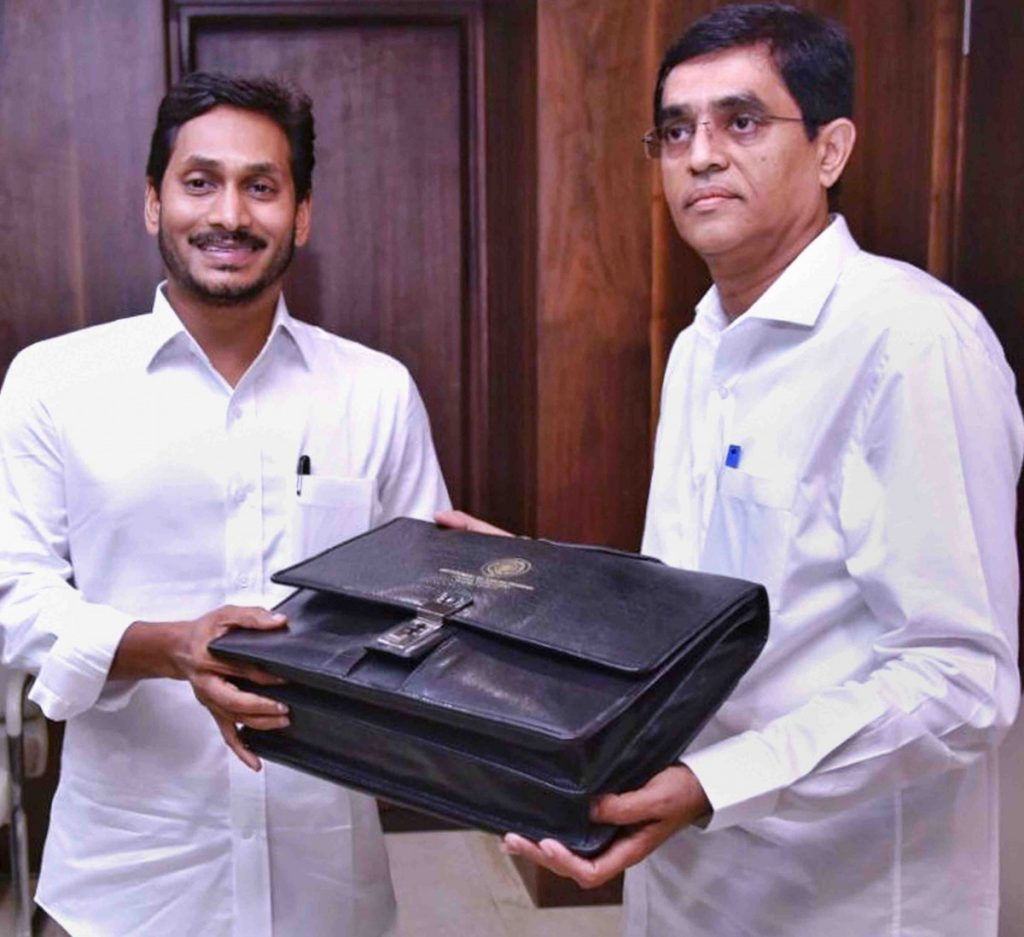 Higher education has received Rs 3,021 crore, an increase of just 6.59% from last year’s budget. The allocation for technical education has seen a fall from Rs 818.02 crore to Rs 580.29 crore this year.

Budgetary allocations belie the tall claims about making a change in the education sector in the next two years. The 46,662 government schools in the state have nearly 40 lakh students and have got Rs 1,500 crores for improving amenities.

Many schools lack basic infrastructure like classrooms and furniture apart from teachers.

“A programme similar to Amma Vodi, called School Choice Programme, was launched in USA where in the parents have a choice to admit their wards in a school of their liking. The failure of the scheme in improving standards was brought out in a report by the National Bureau of Economic Research of the US in 2015,” says Ramesh Patnaik, convenor of the Andhra Pradesh Save Education Committee.

Patnaik says that instead of spending upwards of Rs 30,000 on the Amma Vodi scheme in the next five years, if Rs 5,000 crore is spent on amenities in schools and Rs 2,000 crore on salaries of teachers in this time, then good quality education can be provided in government schools. “This would attract children from even middle classes to government schools,” he adds.

Any dent in the government’s education plan affects the girl child more.

This fact is corroborated by the data made available by the Unified District Information on School Education. Data for 2017-18 shows a total of 36,61,075 boys and 33,14,451 girls attended private schools.

However, in schools run by the state government, along with other private-aided schools, have more girl children enrolled. Given that the child sex ratio is 939 girls for 1,000 boys as per the 2011 census, the higher number of girl children in government schools shows that families have opted to send their boys to private schools.

Schemes like the Amma Vodi are at the mercy of the incumbent government. An example that can be cited in this context is the YSRCP government winding up the ‘Mukhyamantri Yuvanestham’ scheme launched by TDP months ahead of the assembly polls. The scheme involved disbursal of unemployment allowance to educated youth by the TDP government.

The incumbent government has also refused to honour the debt redemption scheme for farmers which was implemented by the TDP government. The TDP had resolved to waive loans in five phases. The fourth and fifth instalments were left. The YSRCP government has now refused to waive these loans which amounted to Rs 8,853 crore as on March 28, 2019. The farmers now have to face the double whammy of loans and the interest burden that has accrued over the five year period.

Vitapu Balasubramanyam is an MLC who represents the teacher’s constituency from Prakasam, Nellore and Chittoor districts. He says budgetary allocations have not risen in proportion to the rise in budget. “The budget lacks a vision to improve government schools. It is more interested in benefitting people in monetary terms with a short sighted approach on education.”

He says that the mechanism to ensure standards is also failing. “Mandal education officers are not being appointed to keep tabs on teacher absenteeism. With nearly 5,000 teachers being promoted to high schools, there is a dearth of staff at the primary levels,” he says.

Teachers Federation secretary Babu Reddy says that if parents are provided monetary support, they are more likely to shift their children to private schools. “If facilities are improved in government schools in the next two years, as the government claims they will, then this may not occur. Government schools still serve 52% of the kids. We are asking the government to develop these schools. If parents are sending their wards to private schools already, it means they are able to afford those fees. So why give them money now? This scheme is aimed at cementing political fortunes,” he says.

Successive state governments have so far steered clear of implementing the 25% quota for poor students in private schools, as promised by the Right to Education Act. The fee for these kids should be borne by the state exchequer.

After it was implemented in Tamil Nadu, teachers say that nearly 10 lakh students moved away from government schools. Plans by the Andhra government to implement this scheme would provide even more impetus to the private sector. The 2019-20 budget has, however, not made any allocations to this end.

Further, the government’s plan to grade schools would only add to the rationale of increasing fees. A committee has been formed to fix school fees and its report will be out in four months. “So we don’t quite know the effects this move would have in this academic year,” said Babu Reddy.

The budget has further allocated Rs 100 crores for ISKCON to build centralised kitchens for supply of mid-day meals. “The food supplied by them is devoid of eggs, which provide much needed protein to poor children. Kids do not enjoy food prepared without ginger and garlic either,” Reddy said.

Recently, in Tadepalli, 20 students were hospitalised vomiting after eating their mid-day meal, amid reports of misappropriation of grains by ISKCON staff.

Questions thus reign supreme on whether the Amma Vodi scheme can succeed to bring any meaningful change in the education sector in Andhra Pradesh.