An eerie sense of calm has descended on the AMU campus with its quintessential 'adda', once a place of spontaneous laughter and heated debates, now abandoned.

A symbol of Muslim intelligentsia encapsulating their intellectual capital, Aligarh Muslim University (AMU) will never be the same. The history of AMU may be synonymous with turbulence, but even by its troubled standards, the churn in April and May 2021 has been unprecedented. The COVID-19 second wave has left deep wounds with the passing away of 16 eminent faculty members, 12 of whom breathed their last in Aligarh, and four in other cities.

Not only had they proven their métier in their fields, but were engaged in causes that would have improved the socio-educational context of the nation in general, and Muslims in particular. Till recently, the official news page of the university resembled an epitaph mentioning the credentials of the faculty who left us too soon. With the second wave showing some signs of waning, the university is limping back to normalcy.

“Such sudden loss of so many of our colleagues in such a short span will take years to sink in,” says Dr. Ali Jafar Abedi from the Department of Community Medicine, AMU.

Professor Najmul Islam, secretary of the AMU Teacher’s Association who had also contracted COVID-19 a few weeks back, says, “Many of us are still in the state of mourning. We stand behind the bereaved families and are committed to providing them with every possible support.”

Hearts echoed with silent lament with pings of Inna lillahi wa inna ilayhi raji’oon, the obsequies prayer for Muslims, endlessly flooding WhatsApp groups of the university as the news spread of the passing away of a university fraternity member one after the other. This phrase, meaning “Indeed, to Allah we belong and to Allah we shall return”, comes from the Quranic verse 2:156. It is recited for both patience and acknowledgement that God the Almighty will not test his subjects more than they can bear.

In Islam, like in all religions, death is a comma, not a full stop. Life is simply probationary, an obligatory precursor to the day of reckoning when the dawn of eternity rises at the gates of heaven and hell. Death symbolises the lonely state of being when the ledger of existence is empty on both sides, for the life has ended, but the hereafter not begun yet. Death represents a point for the inflexion of the soul from one form to another; from bodily existence to the next dwelling beyond the body, depending on what has been earned by the individual.

“Everyone shall taste death. And only on the Day of Resurrection shall you be paid your wages in full. And whoever is removed away from the Fire and admitted to Paradise, he indeed is successful. The life of this world is only the enjoyment of deception (a deceiving thing),” says Quranic verse 3:185.

A convivial relationship is an elementary part of an academic institution, and it cannot be truer for a closely bonded AMU community. For the university fraternity of staff and students in Aligarh, and alumni in India and abroad, there has been a profound engulf of a low spirit. As an eerie sense of calm descends on the campus and its inhabitants, the essence of life encapsulated in poetry, laughter flowing from spontaneous wit, and the quintessential adda, which define the unique ambience of AMU, has disappeared. 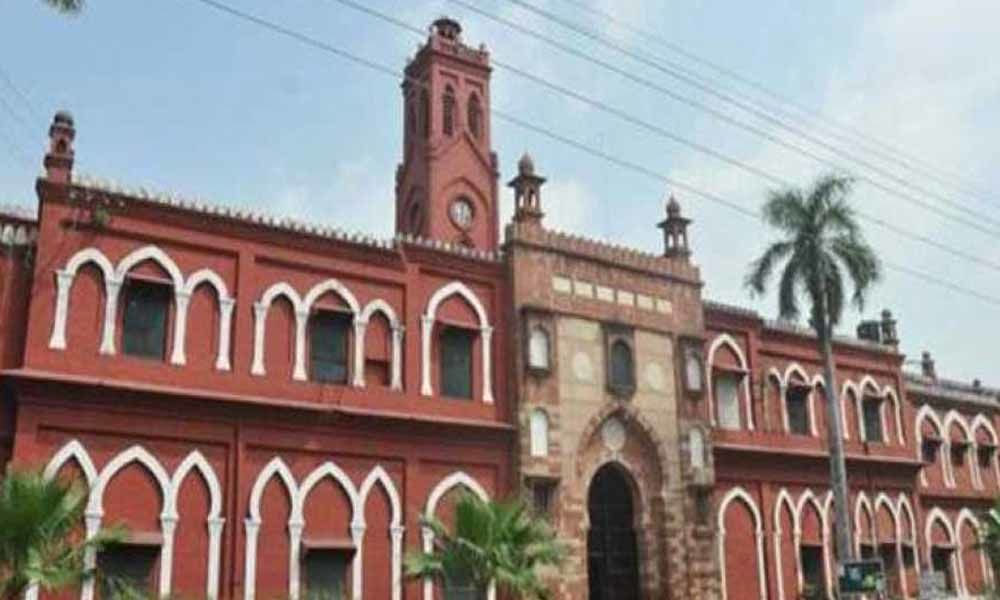 Now, conversations are austere, with exchanges rooted around the clichéd “Tum Theek ho?” “Han main theek hun” giving much relief and solace. As students think of a teacher they loved, a faculty member of a colleague they revered and were mentored by, but who are no longer there, thoughts descend into mourning. Maybe pandemic is God’s way of testing his subjects by conveying, “as we die in solitude, maybe we should also mourn in solitude”.

Furqan Ahmad taught Urdu at the Women’s College. Within a span of a few years, he had carved a niche for himself in literary circles. He authored more than half a dozen books and was instrumental in writing biographies of many personalities who played a major role in the foundation of the University. His latest work on Sheikh Abdullah, the founder of the Women’s College in AMU, was released by the vice chancellor on January 26. Another young teacher, Aziz Faisal of the women’s studies department too lost his life. Known for his helpful nature, Faisal is survived by young kids who are inconsolable.

Yusuf Ansari, who taught English at AMU, was loved by his students. Many students shared their memories with Yusuf, who lost his life in Aligarh. He was working on a book on the works of Indian playwright Girish Karnad. He was only 35 years of age and had plans to go to England to study postcolonial literature and return to serve the country.

Professor Asim Siddiqui, his colleague and also having taught him, remembers Yusuf as a harmless person. “He had the unusual dream of being a school teacher. Though he was already teaching at the university level, he was most humble, innocent and harmless. He was innocent and beauty personified. We are shocked at his demise,” Prof. Siddiqui wrote on his Facebook page.

Professor Shakeel Ahmed Samdani who was dean, faculty of Law too lost the battle to COVID-19. His death is a setback for the progressive Muslim voices whom he represented in various Muslim organisations including at the All India Muslim Personal Law Board.

“He not only instilled academic curiosity among students but also trained them to adapt to the emerging challenges of legal education,” says Ayesha Nasir Alavi, secretary of the Law Society of the AMU Law Faculty.

He also headed Sir Syed Awareness Forum for imparting Sir Syed’s vision. “He was a firm believer in Sir Syed Ahmad Khan’s espousal of balance and integration between culture and modernity,” read a formal statement from the AMU Law society. At a time when Sir Syed was being historically misrepresented, the forum organised events at different places, including at Aligarh’s exhibition. This was a big leap to highlight the teaching and values of Sir Syed to the outside world.

During his last interaction with authors in April, Professor Samdani had mentioned that he was writing a detailed chapter on triple talaq and the Uniform Civil Code which will shun several misconceptions among Muslims. Sadly, it will remain incomplete.

“The loss to the university is irreparable. Never in my past 35 years have I experienced such a feeling of gloom and sadness. There is no way that their void can be filled. Let us dedicate this Eid to the collective grief and sentiments of bereaved families and the AMU community. They will always remain in our hearts,” says the AMU vice-chancellor professor Tariq Mansoor.

The university has instructed officials to expeditiously process benefit claims of families of the deceased employees on priority. Towards this end, a dedicated help desk was set to assist the dependent family members in processing the documents for benefits, family pension and compassionate appointment scheme, among others.

Any existential crisis brings solidarity to the forefront of collective consciousness. People around the world are actually amazed to see the solidarity and brotherhood among the Aligs – a folklore expression epitomising a sense of fellow feeling and fundamental unity of the institution.