Here's Why the ABVP Thinks Ram Guha Is Anti-National

Protesting his appointment at Ahmedabad University, ABVP leaders flagged quotes in Guha's book. One of the quotes isn't Guha's writing at all. 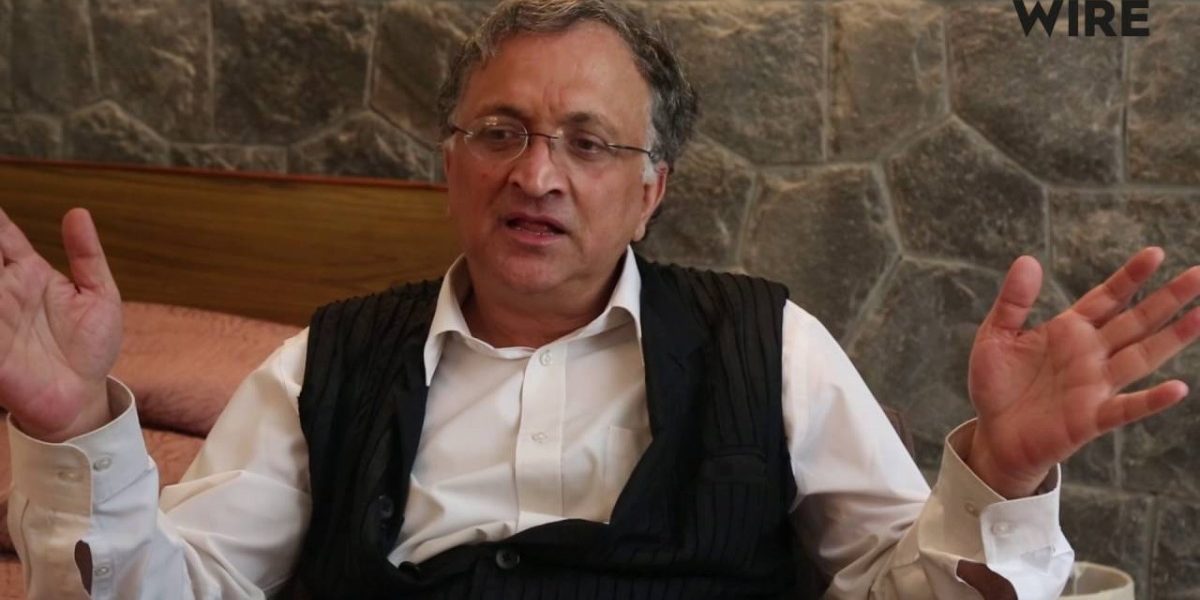 New Delhi: On October 19, members of the Akhil Bharatiya Vidyarthi Parishad (ABVP) sent a letter to the vice-chancellor of Ahmedabad University, where historian Ramachandra Guha was to receive a prestigious professorship.

“We said that we want intellectuals in our educational institutes and not anti-nationals, who can also be termed as ‘Urban Naxals’,” Pravin Desai, ABVP’s secretary for Ahmedabad city, told The Indian Express. “We had quoted anti-national content from his (Guha’s) books to the Registrar.”

So what was the “anti-national content from his books” uncovered by the vigilant activists? It turns out, they are from Makers of Modern India (Penguin, 2010) – Guha’s anthology of writings by political leaders who are also the premier political thinkers of modern India.

One of the quotes isn’t Guha’s writing at all, but an excerpt from a speech given by the Dravidian leader E.V. Ramaswami, widely known as Periyar.

Here are the four passages flagged by the ABVP in their letter.
1.

This passage from Guha’s introduction to the chapter on the Hindutva ideologue M.S. Golwalkar, whose writing Guha quotes over the following 12 pages.

The second quote shared in the ABVP letter (highlight in the original) is from a footnote in the epilogue of Guha’s book, where he names the leaders whom he thinks do not “speak directly to the concerns of the present”.

The third quote is not Guha’s writing at all, but an excerpt from a talk given by E.V. Ramaswami, also known as ‘Periyar’, at Pachaiyappa’s Hall, Madras, in October 1927.

This final quote is from Guha’s introduction to the chapter on Periyar, where Guha summarises one of Ramaswami’s scathing critiques of god-men, supported by the Tamil leader’s own words later in the chapter: “He sits there as the women come to take his darshan and prays on very different beads. He picks out some specially who are young and freshly nubile, and there he sits, meditating and repeating to himself, this one’s nice, that one’s pretty! Not a word about your Shiva or Hari, they’re all forgotten! The only name on his lips is that girl’s who looks just like the milkmaid Radha.”

Also read: Why Do Dravidian Intellectuals Admire a Man as Prickly as Periyar?If people like Guha are allowed to teach in Gujarat or even India, the ABVP letter says, “the youth power of the country will have no feeling for the country or our world-best culture and will become directionless and reckless by the courses created under the direction of such a directionless person”.

In the interest of “education and the nation”, the ABVP wrote, the university should cancel his appointment. “If such persons co-operate with anti-national activities and activities for disintegration of India with the help of your institution, Vidyarthi Parishad will lead radical movement against your institution and you will be solely responsible for it.”

On Thursday, November 1, Guha tweeted he will not be joining AU due to “circumstances beyond his control”.

Due to circumstances beyond my control, I shall not be joining Ahmedabad University. I wish AU well; it has fine faculty and an outstanding Vice Chancellor. And may the spirit of Gandhi one day come alive once more in his native Gujarat.

A source told the Indian Express, “The element of a mobilised ABVP posed a particular kind of risk. There was a real concern that he (Guha) could be harmed (on campus).” Contrary to what was suggested in the Indian Express report, however, The Wire‘s sources said that the ABVP protest was not the only reason for the changed circumstances Guha referred to but also political pressure from BJP hedquarters.