In a further blow to freedom of speech and expression on campus, another university has ended up surrendering its rights in the face of a naked display of right-wing political aggression. 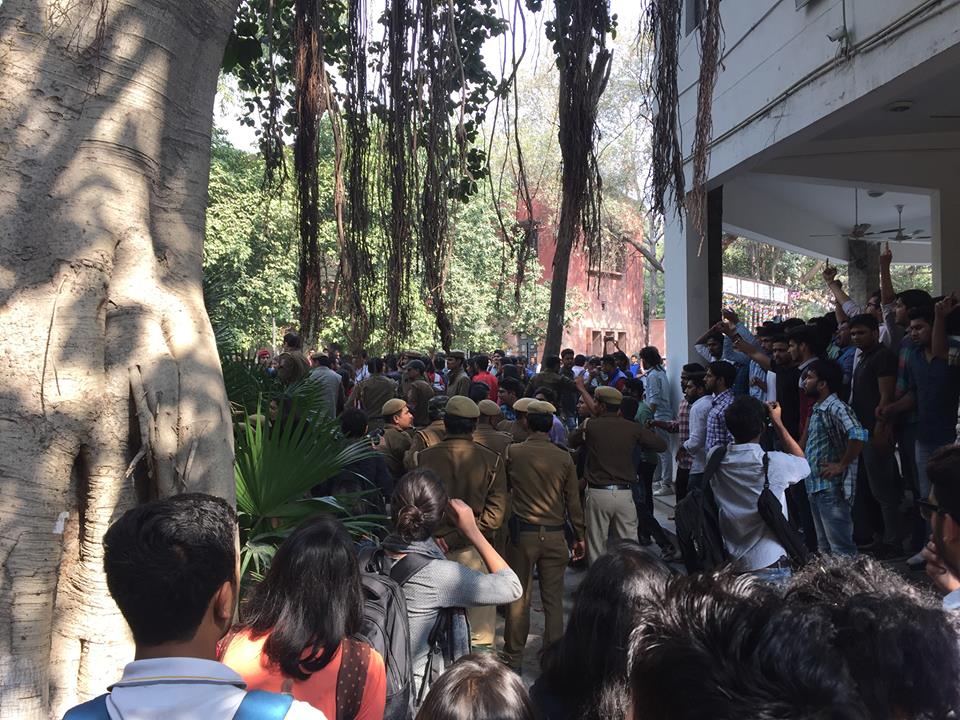 New Delhi: Members of the Akhil Bharatiya Vidyarthi Parishad (ABVP) – the student group affiliated to the Rashtriya Swayamsevak Sangh (RSS) – disrupted a literature event organised by the English department of Ramjas college in Delhi University on Tuesday. They also vandalised the premises and threatened students and professors with dire consequences if they went ahead with their programme , something that Mukul Mangalik, a professor of history at the college, calls unprecedented.

In the face of the ABVP’s violence, the session in question, ‘Cultures of Protest’, featuring film maker Sanjay Kak, JNU professor Bimol Akoijam and JNU Phd. scholar Umar Khalid as speakers was eventually called off.

Trouble started in the morning itself  when a group of ABVP members reached the Ramjas campus and started protesting the invitation to Umar Khalid. They threatened the organisers with violence if the JNU student entered campus. The authorities, including college principal Rajendra Prasad and Mangalik, tried to reason with the protesting group but eventually gave up; fearing for the safety of everyone present, Khalid then turned back. 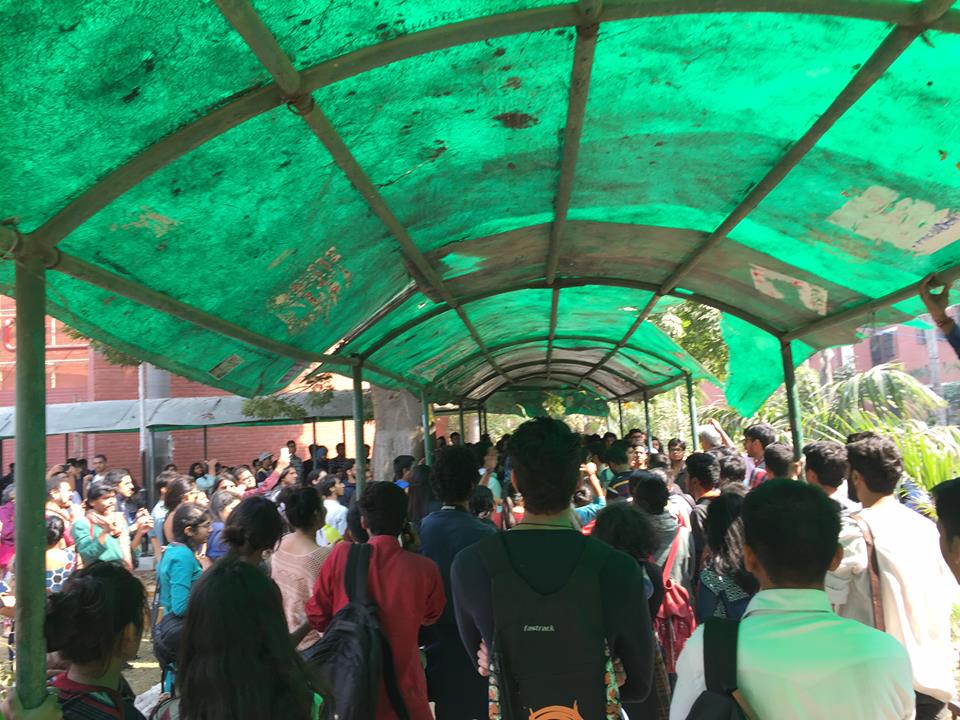 Upset by this strong-arming, a part of the student community attending the session subsequently decided to make a statement by taking out a peaceful demonstration in support of the constitutional right to freedom of expression. The rally was taken out within the campus and when it returned to the venue, the situation grew ugly. ABVP members were waiting for the contingent in front of the canteen on the ground floor of the building which had the venue of the literature event on the first floor. Another group was standing on the terrace. Both the ABVP groups started shouting slogans like ‘Bharat Mata ki Jai’ and ‘Vande Mataram’  and the ones on the terrace started throwing stones and tree branches. One of the students got injured in the process.

The session carried on with the rest of the speakers while ABVP members sloganeered outside. But this was not the end of things. Vivek Lohiya, a student attending the event said that a large stone smashed one of the windows and came into the conference hall. The students, most of whom had never been involved with student politics, panicked when the lights of the room also went off. Locked inside the darkened room with a slogan-shouting, jeering crowd outside, several students described the situation as intensely intimidating.

At this point the police had to intervene and asked the organisers to call off the event.

In a Facebook post, Umar Khalid wrote about the event, “But the most fitting response we can give to these fascists is by fearlessly organising more such programs, seminars, screening and protests.”

Mukul Mangalik called the entire turn of events a tragedy as the professors and students who had assembled for a peaceful cultural dialogue had to be evicted through a back alley. All this while, the ABVP group continued unabashed with their slogans and abuses, including threats of violence and rape against the female students. What happened today, Mangalik told The Wire, “is not just about one person or one event but an aggressive assault on the liberal traditions enshrined in our constitution, embodied by our institutions.”