From Notebandi to Statistics, Nobel Laureates Banerjee, Duflo Have Been Critical of Modi Govt

The two were named winners of the Economics Nobel on Monday, along with Michael Kremer. 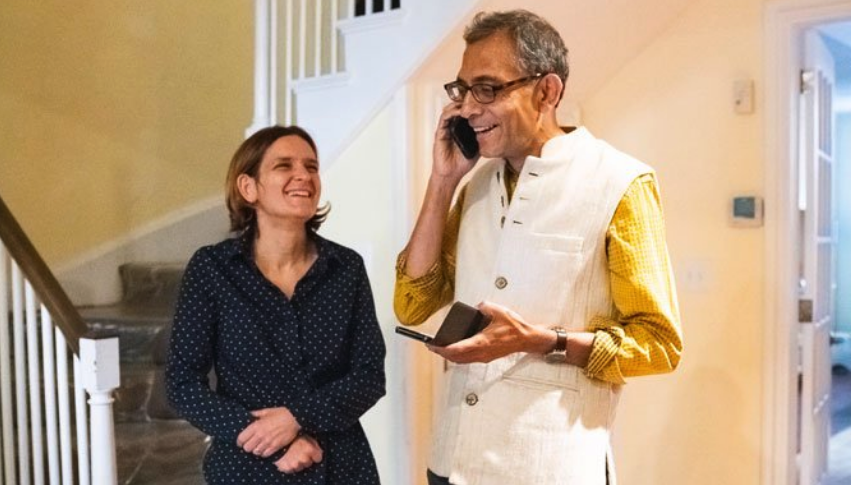 New Delhi: Nobel prize-winning economists Abhijit Banerjee and Esther Duflo have, over the years, been forthright in their criticism of some of the economic policies of the Narendra Modi government. They have raised objections over everything from demonetisation and the GST to the manner in which the Centre has handled official statistical data.

For instance, just a few days ago, at a talk in Brown University, Banerjee admonished the NDA-II for its centralised decision-making, calling for less interference by the Prime Minister’s Office (PMO) in “decisions taken by professionals” and a general strengthening of India’s institutions.

In remarks made to television channels just after winning the Nobel prize, Banerjee also stated that the condition of India’s economy was currently on “shaky ground”, and that the assurance of constant growth is now “also gone”.

The husband-wife duo have both criticised demonetisation, Modi’s signature economic move that defined his first tenure as prime minister.

In an interview to The Wire in 2017, Banerjee said that demonetisation was one of the ‘weird things’ that the government did. “I don’t think there was any serious economics in it and there was no particular reason why it would do much good,” he said.

Duflo has also spoken against the note ban, referring to it as a “very dramatic example of very little attention paid to implementation before it was launched”.

She noted, in December 2016, that India may never know the damage done to the informal economy through demonetisation, and that the Modi government may use this to its advantage.

“We do not know that yet and we might never know…This is because there is no effective mechanism to measure GDP creation in the informal economy…If that is the case, we might never know the exact magnitude of loss. And the government might use these figures to argue that there was no significant setback. People are claiming workers are returning from construction sites to their villages. But there isn’t much high-frequency data on these kinds of things, which would capture the short-run pain,” she told a newspaper at the time.

In late 2018, Banerjee was also one of the 13 economists who wrote a manifesto for the Indian economy. It said that the government needed to prioritise government spending on welfare schemes and fill the clear and visible investment gaps.

More recently, the Nobel prize winner has said that the government needs to be much more proactive in ‘getting money into the hands of people’ through measures like raising wages under the Mahatma Gandhi National Rural Employment Guarantee Act (MGNREGA) and raising farm incomes.

In March 2019, both Banerjee and Duflo signed a letter along with other 108 academics which criticised the “political interference” in India’s statistical data.

“Lately, the Indian statistics and the institutions associated with it have, however, come under a cloud for being influenced and indeed even controlled by political considerations,” the letter noted.

These concerns were later swept aside by former finance minister Arun Jaitley who called them a group of “purported economists” and “compulsive contrarians”.

In the run-up to the 2019 Lok Sabha elections, Banerjee was also criticised by supporters of the ruling party after he agreed to help the Congress in its quest to come up with a minimum income guarantee plan.

And yet, Banerjee has himself been at the receiving end of the Congress party as a student.

Writing for the Hindustan Times in February 2016, responding to the arrest of JNU’s Kanhaiya Kumar, the MIT economist wrote of how he had been arrested during his JNU days in the 1980s:

We were beaten (I was) and thrown into Tihar jail, charged not quite with sedition, but attempt to murder and the rest. The charges were eventually dropped—thank god—but not before we spent ten days or so in Tihar.

The police action was sponsored by the Congress government at the Centre and had the support of much of the faculty, many of whom, like the vice-chancellor, were prominent members of the Left. The justification, I recall, was that the student body had become “lumpenised” (what an ugly word), and could no longer be relied upon to pursue historically appropriate causes.