In WTO's Search for its Next Director-General, a Tale of Proxy Wars and Regional Rivalries

While ostensibly the bigger narrative is that the next Director-General must effectively please two masters – the US and China – watch out for great power rivalries, regional skirmishes, and diplomacy drama. 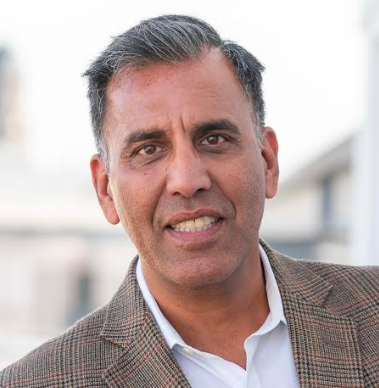 The selection process for the next Director-General of the World Trade Organization kicked off fully on July 8 after the nominations closed with eight candidates. The WTO has witnessed its trade negotiations hamstrung with deadlocks and its legal functions halted with US opposition.

Nevertheless, at $25 trillion in 2018, trade remains a salient feature of global politics and economy. The appointment of the next Director-General is consequential and symbolic of current conflicts in the global economy – or the shape of things to come.

The current Director-General Roberto Azevêdo from Brazil presided over an increasingly dysfunctional WTO since his selection in 2013. He announced in May that he would step down August 31, a year early from his second four-year term completion.

The move was indicative of WTO’s current stasis or the need for a new leader before WTO’s 12th ministerial in Kazakhstan in 2021. Azevêdo was unable to resuscitate the multilateral Doha Round of trade talks that began in 2001, despite a heroic agreement on a few trade issues at the Bali ministerial in November 2013. The other major function of the trade body is to settle disputes but both Presidents Obama and Trump blocked appointments to the highest ‘court’ of the WTO known as the Appellate Body and its work stopped in December 2019 with insufficient judges. President Trump has called the WTO a catastrophe for its inability to reign China.

Leadership selections go through twists and turns but three contextual factors – important for understanding world trade in general – are important. These are: trade competition among major powers, role of regions and regional leaders, and decision-making procedures at the WTO. 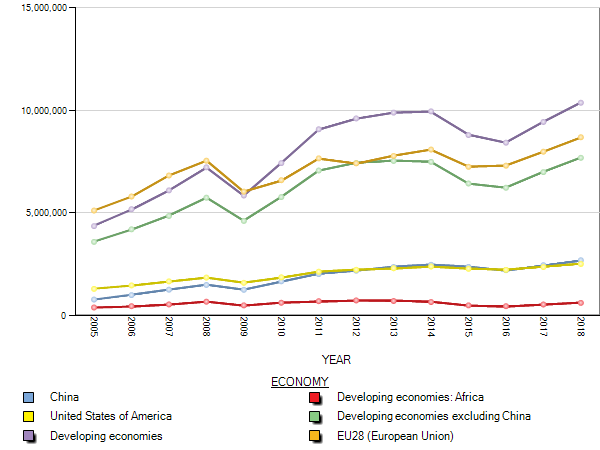 On trade competition, the political and cultural anxieties in the United States are understandable, even if economists worry less about cheap products from anywhere. China has overtaken the U.S. as the largest trading power in the world (the overlapping lines at bot- tom of Figure 1), while trade from developing countries and the European Union has grown.

The U.S. net trade balance has declined while other major powers maintain a positive balance (Figure 2). The toughest challenge for the next Director-General will be managing these trade tensions while leading the organisation into possible reforms – including cutting agriculture and industrial subsidies in the developed world and China.

To keep trade competition healthy – or, it seems, these days to keep trade going – the next Director-General must please or appease the U.S. and China, and showcase past diplomatic experience with such mediation. Such diplomatic skills could come from a policymaker or a technocrat, although a policymaker may be better adept at building consensus or coalitions.

The eight nominations at present have several  candidates who could situate themselves as wise ministers of the “middle”. The three from Africa – Abdel Hamid Mamdou from Egypt (dual Swiss citizen), Amina Mohamed from Kenya, and Ngozi Okonjo-Iweala of Nigeria – could speak to two rivals “patrons”. Hamid Mamdou, a past Ambassador and senior official in the WTO, has mediated Chinese influences in the Secretariat since its inception; Kenyan Amina Mohamed chaired the 2015 WTO ministerial in Nairobi, and Okonjo-Iweala was managing director at the World Bank and Nigeria’s finance minister. Mamdou and Okonjo-Iweala have both claimed African Union support.

The Mexican trade minister could argue that as chief negotiator he stood up to the United States in the U.S.-Mexico-Canada Trade Agreement, but President Trump’s recent  embrace of Mexico’s President Lopez Obrador has not gone unnoticed in China. In 2013, the developed world backed a Mexican nomination before Azevêdo won. 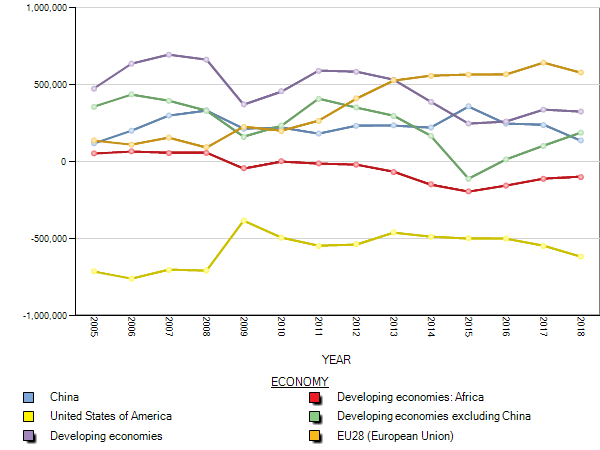 The WTO is often noted for horse-trading rather than upholding high principles of economic efficiency in its endeavours. Such trade-offs can play out in the selection of leaders either because the appointment reflects the relative power of a region or, more recently, when African states have argued that their ‘time has come’ to occupy the position. The appointments of leaders from the Global South has sometimes featured epic struggles (or led to them).

In 1999, a six-year term for Director-General was split between New Zealand’s Mike Moore (1999-2002) and Thailand’s Supachai Panitchpakdi (2002-2005) because members could not reach consensus. The UN system has featured the elections or losses of several global South candidates, often at the behest of a great power. The most controversial recent case is WHO Director-General Tedros Adhanom from Ethiopia whom the Trump administration attacked for being partial to China, and influenced US’s decision to exit from the organisation next year.

Regional powers can also play an important role. Germany could influence the selection process but has often been called a reluctant hegemony and critiqued for not standing up to China. Nevertheless, Both President Macron of France and Chancellor Angela Merkel of Germany have called for strengthening multilateralism, and Germany could employ its power as the third biggest trading nation, or the most influential member of the EU, to weigh in on the selection of the Director-General. The EU withdrew consideration of its own candidates last month to avoid a dispute with the United States.

Finally the WTO works through consensus in its decision-making. Legal analysts have shown that the principle was enshrined in the 1950s so that post-colonial nations could not form majorities against the developed countries club at GATT. For the DG selection, there will be several rounds with candidates dropping out if they do not have enough backing until there are only two left. While hard to forecast, ostensibly one of them could be the African candidate who diplomatically garners support from both the US and China. The South Korean candidate Yoo Myung-Hee could do the same, although Japan will contest her nomination.

As this story unfolds watch out for great power rivalries, regional skirmishes, and diplomacy drama. July 8th offered drama. Unexpectedly, the British nominated Liam Fox, International Trade Secretary under Theresa May. Fox had championed Brexit and while the media made light of this nomination, UK’s move underscores its government’s resolve to uphold multilateral trade rules in the absence of EU membership.

Saudi Arabia also nominated a candidate. May be the Trump administration wanted a spoiler and suggested this to the Saudis after Jared Kushner, friends with the Saudi royal family, weighed in on international trade policy. The three factors named above do not bode well for either the British or the Saudi nomination.

In the event of a failure to reach consensus, the four existing Additional Directors-General at the WTO will steward the organisation in acting and rotating capacities. A brawl over the nomination could result in U.S. exit, especially if Trump is re-elected in November. As shape of things to come, the U.S. exit could end the global liberal trading order that has been in place since 1947. Expect the Chinese to be accommodative if Trump is reelected. They need the trading order, as does the U.S. but its quirky ruler is unpredictable.

If everything goes right, the WTO will build consensus fast. Ambassador David Walker from New Zealand, Chair of the WTO General Council, is a distinguished diplomat from a well-respected “middle power” to lead the process. WTO clarified its selection rules in 2003 to avoid split terms. The consensus could be around a female or a female African candidate. The three female contenders for the position are eminently qualified and should be chosen for their credentials first. That would a tremendous statement to make to a world riven apart with inequalities and trade conflicts, and a giant step forward for an organisation whose predecessor GATT barely granted developing countries a seat at the table.

J.P. Singh is professor of international commerce and policy at the Schar School of Policy and Government, George Mason University, and Richard von Weizsäcker Fellow with the Robert Bosch Academy.