What Political Economy Lessons Should Modi Take Away From the Last Five Years?

What is needed is a consistent, coherent set of measures that are guided by market-oriented and democratic principles. 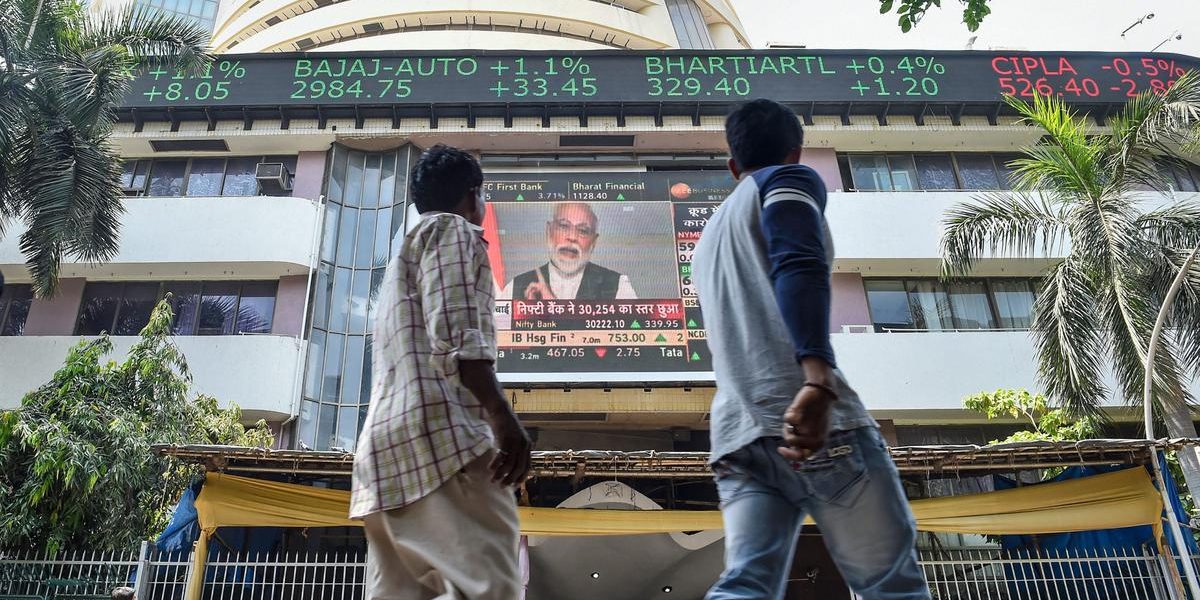 Yes, there are both ‘cyclical’ and ‘structural’ factors responsible for these trends. However, it is vital to see the current situation as a consequence of an inconsistent, incoherent and inarticulate political economic governance framework.

And one needs to carefully study the political economy of the Modi-I & Modi-II period so far to understand: How grave a slowdown is the Indian economy facing?

If we wind the clock back to 2014, Modi-I was perceived as a regime that came to power  promising higher paying new jobs, greater business investment opportunities, higher rates of privatisation and less corruption.

The political slogan that caught the attention of free-market commentators was ‘minimum government and maximum governance’. And while most people presumed this would necessarily mean a smaller government and a larger scope of expansion for the private sector, most of them got this aspect of the interpretation horribly wrong.

What we subsequently saw, and perhaps what the party in its slogan meant too, was a bigger but more efficient government. In turn, we see now that the Narendra Modi government’s functioning is similar to a large monopolistic corporation. One that spends time on public relations campaigns and marketing, with a bureaucracy tailored to serve its distributive capacity.

Still, looking back at just the 2014-2019 period, a ‘bigger more efficient’ government under Modi-I did achieve reasonable success in reducing incidences of petty, decentralised corruption of the kind seen earlier as part of a normalised culture at the municipal level. It also made headway in ensuring a better public distributive system of goods and services – that is, cooking gas, creation of toilets, construction of roads etc.

This alone, in some ways, was enough for Modi-I voters to give it another term and for the imagination of other citizens to be captured, allowing Modi-II to come back with a bigger mandate. This is, of course, in addition to other factors surfacing from a weak opposition, and the rhetoric created around ‘national cohesion’ and ‘national security’.

Having said that, what we saw in Modi-I (and even now in Modi-II) is a regime that practices over-centralisation of economic and political power. A regime that creates policies that are often based on non-market or non-commercial principles, and present no sustained growth possibilities.

So, while we see many toilets, as part of Swachh Bharat, being constructed across rural and urban spaces, there is no underlying program strategy to see this step as part of some cohesive plan to improve sanitation in its various forms and aspects. Nor do we see a mechanism of effective evaluation put in place for assessing the failures or success of such measures.

A similar scenario applies to Ujjawala, a national level scheme providing cooking gas cylinders to women in rural spaces. We now know how many women, who got access to cooking gas cylinders across India as part of the scheme, faced excessive trouble in getting these refilled or be able to afford the refilling cost, which significantly brought usage levels down.

Under Jan Dhan Yojana too, opening up of bank accounts for a significant population (who didn’t have an account) happened, but then one saw a widespread problem of either having no deposited money from the end of the government or seeing account holders hardly using these accounts for their financial needs, which, in absence of frequent transactions, offer little for serving the banks’ interests.

In terms of big-bang announcements in years of Modi-I, ‘Make in India’ was seen as a benchmark, national-level policy plan to align investment and other FDI policies in such a way that more foreign businesses are incentivised to set up production and manufacturing units in India. But the past six years of evidence suggests that this strategic plan did very little, considering how tariff rates have remained reasonably high throughout this period signalling a protectionist Indian trade policy.

Such muddled thinking and approach to economic policy, no matter how good the intentions may seem, is likely to remain counter-productive to its intended goals.

One key reason for the inability of government functionaries to do an effective follow-up on some of these national, PMO-driven programs is because how the Indian bureaucracy’s own functioning has now been structurally altered under Modi-I and Modi-II.

In earlier political economic frameworks, government intervention was seen necessary in allowing further market forces to help channelise resources, but one didn’t see direct government interference for too long. We now see the latter as an institutional practice of sorts by top government leadership.

Most bureaucrats are now simply expected to be involved in sole implementation of programs (like Swachh Bharat, Ujjwala, Jan Dhan etc…) and thus remain in-conformity with the central government’s dictates. The same applies to those within ‘autonomous’ institutions like the Reserve Bank of India or the Election Commission.

In fact, even ministers of various departments or ministerial authorities have limited say in the direction or content of policy-design. Essentially, the PMO seems to be working directly with the bureaucracy.

Some might argue that this strategy of ‘over-centralised’ governance, may perhaps work with greater efficiency at a local or even state level, as it did in Gujarat for years under Modi. But based on the economy’s condition in years of Modi-I, for a country as large as India, over-centralisation has actually done more harm than good.

And this trend will only get worse when till top-government interference remains guided by means of no underlying economic vision for others to resonate or work towards. What we are and subsequently going to see is a state representing McCarthyism, where functionaries and bureaucrats are just expected to remain in-conformity with a ruling state and its dominant rhetoric, and pretend allegiance or loyalty to it.

For every new economic idea too, in such circumstances, one would depend on the top and quite often, ‘bold’ ideas snowballing into national-level controversies such as demonetisation or a hurried GST implementation.

This isn’t new in India’s economic history. During the ‘lost decade’ (1970s), there is similar evidence of Indira Gandhi acting in a similar fashion, observable in the enactments of the MRTP Act, FERA Act or the decision to nationalise banks overnight; where all such measures were taken in an ‘over-centralised’ framework of governance without underlying economic vision.

At the same time, we can already see a weak state-capacity developing – refer to the RBI’s recent study on annual state finance trends – in aspects of ‘revenue-sharing’ and the reversing of devolution seen in state-centre finances.

An internal assessment by the Union government suggests that gross tax revenue for 2019-20 may fall short by around Rs 2 trillion from the budgeted estimate of Rs 24.6 trillion. This assessment has been shared by the finance ministry with the 15th Finance Commission. This fact alone is likely to affect the revenue-sharing capacity of the Centre with States (in a post GST scenario too) who will have lesser fiscal space and leeway to finance better governance.

The RBI report estimates that states in India employ five times more people and spend about one-and-a-half times more than the Centre. Revenue buoyancy might help states restore the balance, but the persisting economic slowdown has affected their revenue-generating capacity.

Under the current ‘over-centralisation’ of political power, we see a worsening pattern of reverse devolution of funds from the states to the Centre.

The Centre may justify a greater fiscal space on allocations for defence and other related expenses, and to project greater fiscal allegiance to the PMO, but this will have structural effects on not only the growth of states but on their ability to finance welfare expenditure (i.e. in education, healthcare, job-creating plans, infra etc.).

If the economy is in such bad shape, why do we still see Modi-II to be equally popular today as it was in mid-2019 elections & in years before? And, given this, how might we expect India’s governance framework evolve in the future?

In response to the first question, it is vital to acknowledge that when economic decisions are observed to be taken by non-market principles, such steps are then otherwise likely to be guided by short-term political principles and majoritarian gains alone. Demonetisation was a classic case where a party like the BJP benefited immensely in the UP state election of 2017, right after the step was announced in November. And so, if a policy or government action makes immediate ‘political’ sense, it is worth pursuing, despite its costs on the economy.

In other cases, where a government measure may lead to severe economic consequences on a local citizenry or group, the Modi state, quite authoritatively may justify such an act under a ‘national security’ or ‘national cohesion’ reason clause. A major unilateral decision, such as what’s happening in Kashmir, may qualify here as a simple case in point. If any bureaucrat or government functionary questions or expresses disagreement, she may either be transferred for good or for worse be subjected to an inquiry later. 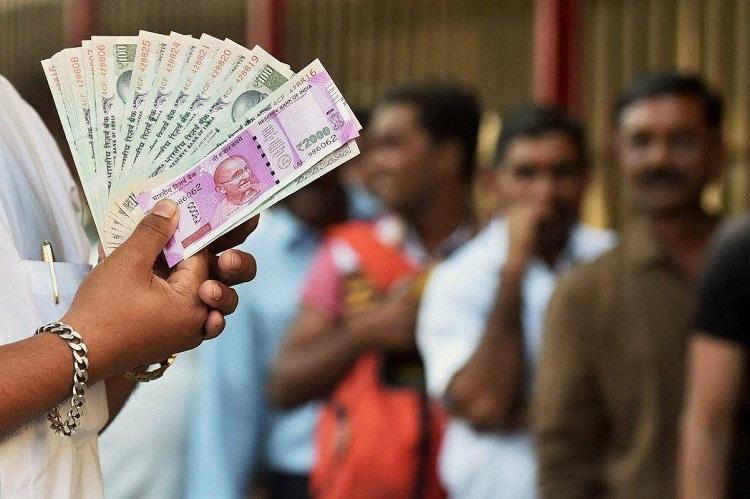 Demonetisation was a classic case where the BJP benefited in elections. Photo: PTI

So, where is the Indian economy headed?

A cautious reading of economic crisis history of 20th century may help us understand the trajectory in which Indian economy seems to be headed.

Some might go on to argue that an over-centralised, authoritarian governance model without market-principles may seem justified in India, especially in comparison to contextual cases of high-growth East Asian economies like South Korea (in 1960s, 70s), Singapore (under Lee Kuan Yu) etc. which suppressed consumption growth to increase investment and export-led production capacity. In these examples, the need to ‘democratise’ for civic and other political freedoms came later, once they become middle-income fast growing nations.

However, I would argue, our current political-economic framework is not converging towards the East Asian model, but bears greater resonance with Latin American model of authoritarian populism as seen during the 1970s and 1980s.

As economist Franciso Rodriguez discusses here, despite having a relatively more favorable high growth environment as compared to other developing nations and being a major exporter for over two centuries, Latin American politics, in its post-independence years, generated strong impediments to its economic development. In particular, it produced an inability to invest sufficiently in areas of human capital development for sustained economic growth.

On one hand, while higher fiscal deficit numbers and ever-widening government borrowing levels made most Latin American countries remain crisis-affected from the 1970s to the 1990s, the pressure on political parties to follow populist economic policies remained very high in these nations (say, Argentina, Mexico, Venezuela), further reflecting a greater popular demand for redistribution than in more egalitarian societies. This made their governments to keep ‘popular spending’ high at the cost of growth.

On the other hand, the power of elites to thwart this demand manifested in a way in which even ‘populist policies’ appear to end up being distorted so as to benefit powerful vested interests in the government and a selected class of business groups. Such rent-seeking behaviour saw a deeper allegiance across Latin America between the big state-big corporate classes, narrowing market forces of competition without a coherent market-oriented growth vision.

Is India, with its current political and economic framework, moving in a similar trajectory?  Time will tell, but what is needed is a consistent, coherent set of measures that are guided by market-oriented democratic principles. This must become the basis of all government intervention, and not interference, while we look and cultivate new engines of growth.