After the coronavirus-induced lockdowns started easing across the world, growing demand couldn't match supply, therefore leading to higher prices across categories of products. 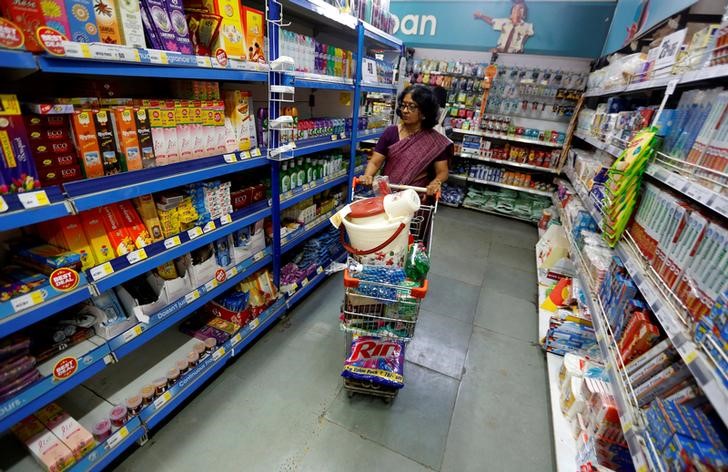 A woman pushes a shopping trolley at a food superstore in Ahmedabad. Credit: Reuters/Amit Dave/File Photo

New Delhi: Nearly two years since the onset of the COVID-19 pandemic, which has devastated the Indian economy with the sharpest drop in GDP in the country’s history and pushed 32 million from the middle class to poverty, rising inflation has become a major cause of worry.

Eating out has become expensive. According to Mint, both large and small eateries the business daily spoke with said they were grappling with high inflation. The report added that the cost of perishables such as tomatoes and chicken have shot up. Transportation costs have increased too. Added to that, edible oil prices have also jumped by nearly 50% from a year ago. For instance, average costs of a litre of mustard oil rose to Rs 170 in August compared to Rs 120 a year ago.

The Indian Express reported that restaurateurs in Bengaluru have decided to increase food prices by 10% in view of the rise in the prices of commercial LPG, edible oils and vegetables. Many have requested the Union government to reduce the GST (goods and services tax) on commercial LPG cylinders from 18% to 5%. 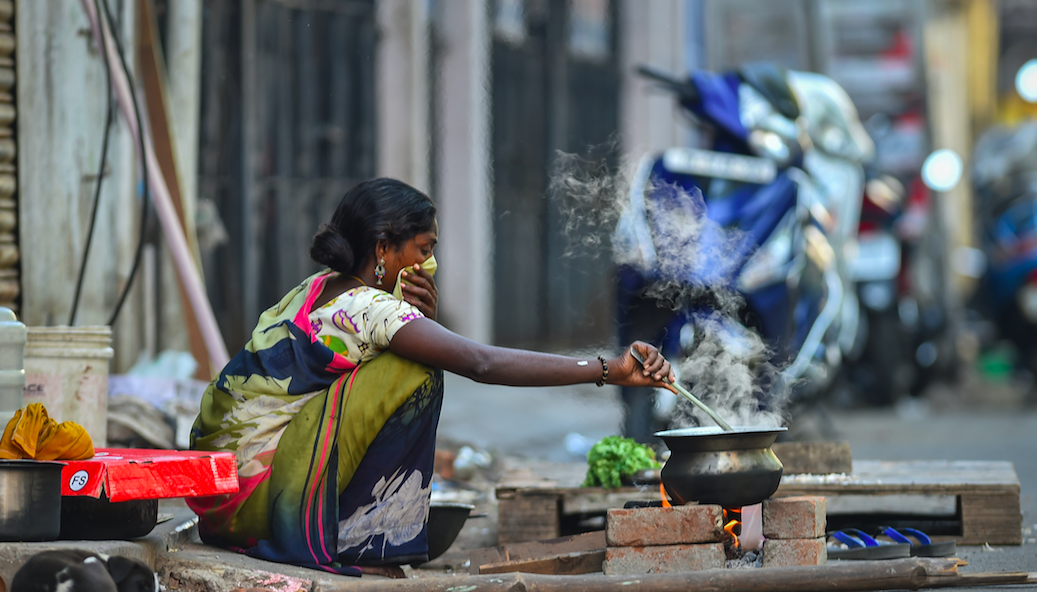 A homeless woman cooks food at a roadside, during the complete lockdown to contain the coronavirus spread, in Chennai, March 26, 2020. Photo: PTI

Prices of soaps and similar personal products have also increased due to the significant rise in cost of the key material, palm fatty acid distillate (PFAD). PFAD has surged 60% over the last year, Bloomberg data showed. The distributors of Dove and Lux soaps told BloombergQuint that their prices are likely to see a jump of over 11%.

A rise in cotton and yarn prices have made apparels costlier. Apparel Export Promotion Council chairman, A. Sakthivel, told the Times of India that rising cotton prices have impacted the entire value chain. Also, volatile crude oil prices, logistics expenses, prices of dyeing and chemicals have added to the cost pressure of the apparel industry. The Union government recently hiked the GST rate to 12% from 5% on fabrics, apparel from January 2022.

As basic as getting your house painted has also become expensive as leading paint manufacturers like Asian Paints have hiked prices, The Hindu recently reported. This is also due to rising raw materials and energy costs. Such disruptions have hit the operating profits of several companies across fields.

Auto companies have reported muted growth due to supply constraints and cost pressures. The Economic Times reported, citing Kotak Institutional Equities, that EBITDA, or earnings before interest, taxes, depreciation, and amortization (which is a measure of a company’s profitability of the operating business only) are likely to be contracted 18% year-on-year due to raw material headwinds. The report cited an increase in raw material basket, including steel, rubber and precious metals.

All these additions in costs of raw material, logistics, oil, perishables etc. are being transferred to the consumers’ pocket, hence we’re now feeling the pinch of inflation.

The price rise could begin filtering down to your morning cup of coffee. International coffee prices have hit a seven-year high on global supply threats such as adverse weather in Brazil, lockdowns in Vietnam, the second biggest producer, because of COVID-19 and logistical bottlenecks.

High grocery bills are also biting the shoppers’ wallet, not only in India, but globally.

After the coronavirus-induced lockdowns started easing across the world, growing demand couldn’t match supply, therefore leading to higher prices across categories of products.

However, surprisingly, as pointed out in a CNBC-TV18 report, quoting a Deloitte report, despite high inflation, Indian consumers are prioritising their well-being and wanting to spend on personal care and clothing.

On April 22 last year, Brent Crude hit a low of $16 per barrel due to rising oversupply and weak demand, owing to the coronavirus-related restrictions. Since then, its price has risen about 60%, so far, this calendar year. But, on November 28, the price of Brent crude tumbled to $72 a barrel since hitting a three-year high of $86.70 a barrel on October 25. However, fuel prices in India still remain high. A worker fills petrol at a pumping station, as the price of petrol reaches Rs 119 in Bikaner, October 30, 2021. Photo: PTI

As economic commentator Vivek Kaul explained, “Taxes… form a significant part of the overall retail price. The retail price or the price we pay for petrol and diesel at the pump, is made up of four components – a) The price at which the dealer buys petrol and diesel from the oil marketing companies like Indian Oil, Bharat Petroleum or one of the private companies. This price includes the cost of producing petrol and diesel and getting it to the pump where it is sold. It also includes the profit margin of these companies. b) The central government tax. c) The state government tax. d) Dealer commission.

Of the four components, the price at which the dealer buys petrol and diesel from the oil marketing company, is the biggest variable. It is tied to the price of international crude oil.

For the other components, the central government levies excise duty, states levy valued added tax (VAT) or in some states, it’s called sales tax, and the dealer commission is mostly inconsequential in affecting the final retail prices of petrol and diesel.

Between 2014-15 and now, taxes imposed by the central government on petrol and diesel have increased by 217% and 607%, respectively.

“We are not yet in stagflation,” Alicia Garcia Herrero, chief Asia Pacific economist with Natixis SA, told Bloomberg. “But one more year without cross-border mobility and related supply chain disruptions might push us there.”

However, Paul Donovan, chief economist at UBS Global Wealth Management told the Financial Times that the Omicron variant was “unlikely to change the broader economic narrative at this stage”.

The report further added that “most economists believed that any slowdown in economic activity was also unlikely to curb the recent surge in inflation, particularly in goods where demand has outstripped global supplies that have been riven by disruptions”.