Pronab Sen says the only tool in the government’s hands is to boost public investment, and for that, political differences between the Union government and the states need to be addressed. 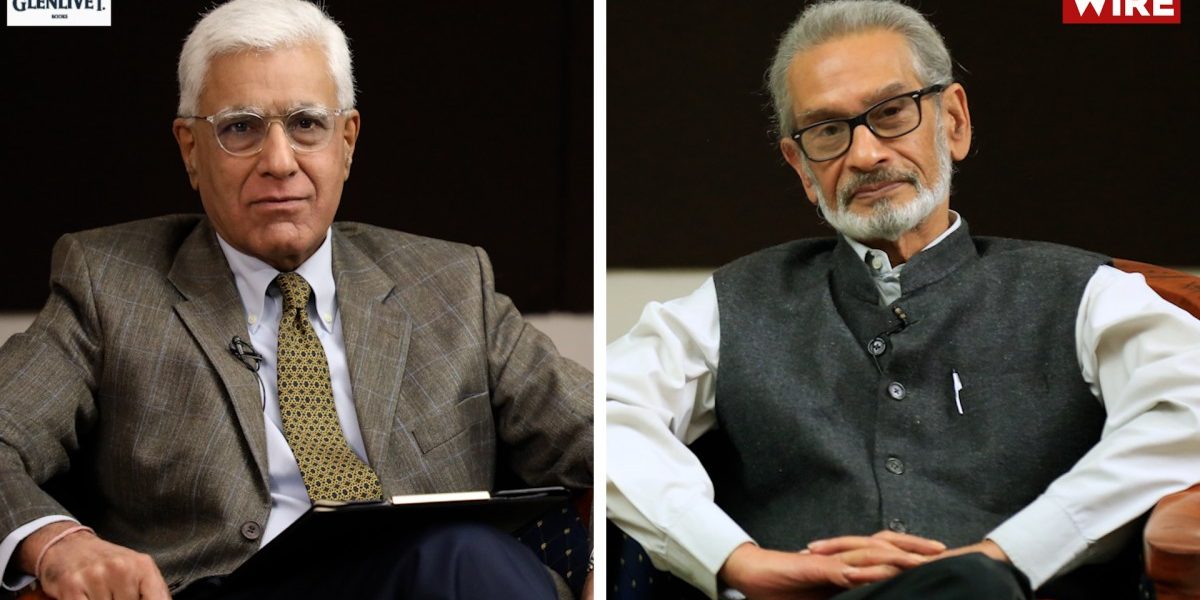 In an interview where he focusses on aspects of the recently released Q2 GDP results which have not got the attention they deserve, India’s former Chief Statistician and one of the country’s foremost economists says 8.4% growth is no doubt commendable and its “a relief” the economy has crept above pre-pandemic levels. Pronab Sen, who is presently the country director of the International Growth Centre, says we have serious problems with private consumption, MSMEs and employment, because we do not have easy or effective ways of tackling these problems. He adds, “The economy needs God’s help”.

Sen also said that India is witnessing a K-shaped recovery which reflects what we have always known that we are two countries,  but now the convergence that was noticeable earlier has stopped and divergence has taken its place. He said it’s “a V-shaped recovery for India but for Bharat, which is 70-80% of the population, it’s a K”.

In a 42-minute interview to Karan Thapar for The Wire, Sen said it’s possible the economy could grow in double digits this year but that would be very substantial because of the base effect i.e., the fact that it shrank by 7.3% last year. He added that even if the economy grows at 10% that would only mean that it’s 2% better than what it was two years ago. As he put it, double digit growth this year “is nothing to write home about”, clearly suggesting that the pride behind the Chief Economic Advisor’s boast of double-digit growth is unwarranted.

He applauded agricultural growth of 4.5% this year and 7.6% since two years ago at the start of the pandemic, pointing out that this has happened not just during the worst months of the pandemic and the horrific second wave of this summer but also at a time when farmers were disturbed by the farm laws and a sizeable section was protesting. He said this also points out the huge overemployment in the farm sector and the need to ensure that a very large number of people move away from farming to jobs in other sectors of the economy.

He said the 11% growth in private investment over the last year and the 1.5% growth above pre-pandemic levels is creditable but its limited to a very small section of Corporate India, what he calls a “minority”, and it’s almost entirely capital intensive, which means it will have very little impact on job creation and, therefore, on boosting private consumption. Furthermore, if the present levels of private consumption do not begin to significantly improve, then this boost in private investment will peter out in a year or 18 month’s time.

Sen said the government does not have good and effective ways of boosting private consumption and alleviating the struggle MSMEs are facing. In fact, bank lending has not helped them because banks are reluctant to lend to MSMEs due to fear of increasing debt and losing money. Instead, Sen suggested the government should consider two other measures.

First, he suggested that banks can opt for specific allocated lending to MSMEs, similar to what was done last year. However, he pointed out that out of the Rs 3 lakh crore allocated for MSMEs last year, only 66% has been utilised. This means it’s not the most effective way of aiding MSMEs. But it’s better than nothing, he added.

Second, he suggested that the government should boost private consumption through “direct transfers” for years, and not just for weeks and months. However, he said it is unlikely to happen as this initiative would have to be announced upfront and not done in three monthly instalments.

He said the only tool in the government’s hands is to boost public investment, which it’s doing but needs to do a lot more. The problem, however, he added, is that a lot of this would mean the investment is done by the state governments. Political differences between the Union government and the states often make that difficult.

Sen agreed that it’s not just the economic concerns like private consumption, struggling MSMEs, and poorly paid or lost jobs that have to be sorted out but, in addition, there are political issues concerning differences between the Union and the state governments that must also be tackled.

The above is a paraphrased precis of Pronab Sen’s interview to Karan Thapar for The Wire. Watch the full interview here.