The former Chief Economic Advisor and World Bank Chief Economist tells Karan Thapar that he expects the economy to shrink by around 12% this financial year. 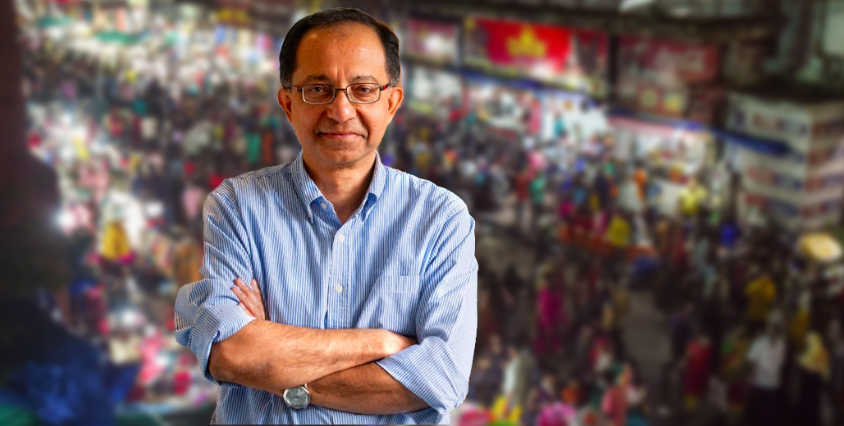 New Delhi: In an interview where he seems to express greater concern about the impact of India’s divisive politics on the economy than the lockdown, one of the country’s most highly regarded former Chief Economic Advisors has said that he expects the economy to shrink by around 12% this financial year.

Kaushik Basu has told The Wire that he is “extremely worried” about the state of the economy, pointing out that of the 90 countries that measure quarterly economic results only Peru, with an economy that has shrunk 30.2%, has done worse than India.

Basu, who is also a former Chief Economist of the World Bank, said India needs to immediately and sizeably increase its fiscal deficit and added the government is not encouraging producers by its caution. The signal to the market, he said, is all wrong.

In a 41-minute interview to Karan Thapar, Basu, who is at present a Professor of Economics at Cornell University, said he does not disagree with the government’s claim that green shoots are visible but, pointedly added that if after seven months green shoots were not visible it would be a disaster. However, he said, “We need very many more green shoots than we can see.”

Also read: COVID-19 Has Pushed the Indian Economy Into a Tailspin. But There’s a Way Out.

Speaking about the signs of reviving growth the government has identified, Basu said that whilst the pick-up in automobile sales is good a lot of it is because of pent-up demand and may not last. He similarly pointed out that whilst the increase in exports in August and September is good news, the collapse in imports is a clear sign that consumption has fallen and India is doing “badly”. Increasing exports is a sign world demand is reviving whilst declining imports is a sign India’s demand is stagnant or declining.

Basu told The Wire that he was particularly worried about the performance of the construction sector, the second biggest source of employment, which shrank by 50% in Q1. He added he was also concerned about the MSME sector and hotels, aviation, restaurants and tourism. He said India stood out on its own in terms of how badly the economy had suffered as a result of the pandemic and lockdown. 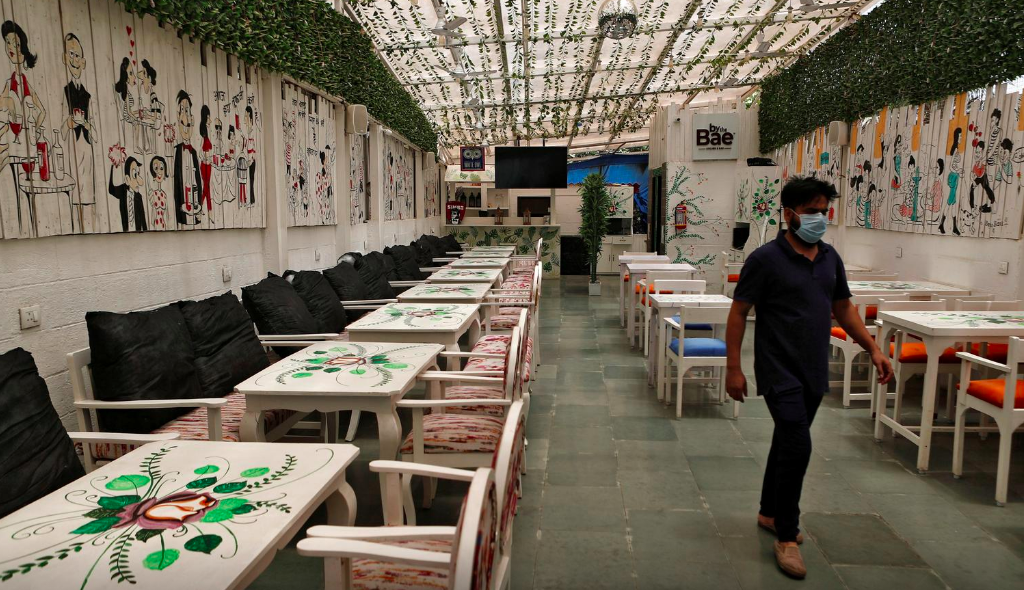 Representative image of an empty restaurant in Mumbai. Photo: PTI

However, it seemed the greatest reason for Basu’s concern about the performance and future of the economy was the divisive political atmosphere in the country. He specifically spelt out the attitude to minorities and the intolerance of criticism and dissent. As he explained, an economy is imbedded in society and politics but today in India trust has been damaged. He said that for people to want to invest they must feel included. That is no longer the case.

This is the reason, Basu said, that he is not confident that the government’s hopes of attracting investment leaving China will be realised. He said the image of India in the Western media has gone down. It’s now depicted “as a strange inward-looking country”. That is not the sort of country investors want to put their money in.

Basu said his initial hopes that India’s excellence in IT and outsourcing as well as health and pharmaceuticals would position the country to do well in the post-pandemic world have receded because political divisiveness and intolerance have affected the country’s image. There has been a loss of investor confidence and of trust in India’s institutions.

As things stand, Basu said the economy is likely to shrink by 12% this financial year. Speaking about the immediate measures needed to revive the economy he said an immediate sizeable fiscal stimulus is required. Although he declined to put a figure on the amount or how large he was prepared to see the fiscal deficit become, Basu said, “A sharp and deep fiscal deficit is needed”. Even a deficit of 7 or 8% would be fine, he added. As he put it, he would be happy to go above the government’s budget figure by “quite a bit”.

Basu added that the government’s caution is sending a wrong signal. It’s not encouraging producers. As far as the government’s fear that a large fiscal deficit will fuel inflation is concerned this, he said, would be adequately addressed by simultaneously announcing a credible correction plan to show the deficit will be reduced in a short and fixed time.

Also read: What Does the Future of RBI’s Inflation Targeting Look Like?

He said that if a sizeable fiscal deficit is not announced we would see a very slow pick-up next year. He added that anyway he does not share the IMF’s confidence that as things stand the Indian economy will pick-up rapidly next year. The IMF and World Bank are often optimistic when they make such predictions, he said. But if there is no further stimulus then the pick-up next year will be even slower.

Speaking about the agricultural reforms passed by parliament, Basu said they are moves in the right direction but everything depends on implementation. His concern is the fear that a few big corporations might take advantage of the new laws and give small farmers a bad deal. If mandis are squeezed out leaving small farmers to deal with big corporations they will suffer.

Speaking about the government’s labour reforms, Basu told The Wire that whilst India needs labour law flexibility it all depends on how widely the Industrial Disputes Act is amended. He pointed out Pakistan did it unwisely in 1956 and suffered. Bangladesh did it more sensibly after 1971 and benefitted. This is why, he added, such amendments need to be done after full discussion, consultation and debate.

The above is a paraphrased precis of professor Kaushik Basu’s interview to Karan Thapar for The Wire. Watch this space for the full interview.