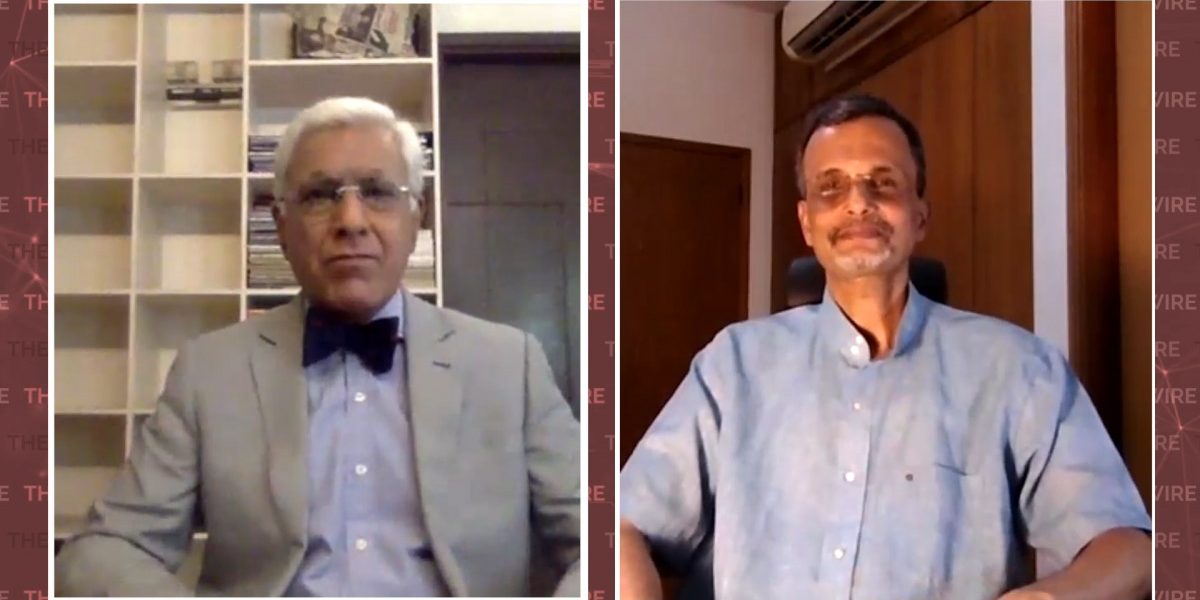 A member of the Prime Minister’s Economic Advisory Council, V. Anantha Nageswaran, speaking in his personal capacity, has said that it is too early to say if the present 21-day lockdown was “the right decision” or not.

He agreed that ‘the jury is still out.”

In a 37-minute interview to Karan Thapar for The Wire, Dr Nageswaran, who is also Dean of the School of Graduate Studies at Krea University, said that if the lockdown needs to be extended then the government should consider doing so in specific and targeted ways rather than by simply extending the total lockdown nationwide.

Dr Nageswaran told The Wire that he believes GDP growth for the year that ended March 31, 2020, would be between 4 and 5%. He did not accept forecasts by Fitch and Moodys, who have slashed growth to 2 and 2.5% respectively.

Dr Nageswaran told The Wire that epidemiologists are “incentivised to exaggerate” and always stress the worst-case scenarios rather than the better-case scenarios.

He said experts and officials, in the advice they give governments, push worse-case scenarios and not better-case ones. The media picks this up and “sensationalises” the predictions, he said. Public opinion “whips itself into a frenzy.” Consequently governments come under irresistible pressure to act on the worse-case basis. This gets further re-enforced when all other governments act in the same way. No government or leader wants to act differently.

However, this could result in “economic shutdowns that could eventually kill and destroy more people and livelihoods than would be saved by these lockdowns.” It’s possible once the threat of the virus has abated and lockdowns are lifted we could find the cure has been worse than the disease.

This is a paraphrased precis of Dr Nageswaran’s interview to The Wire. Please see the full interview for details. Here is the link: