Sajjid Chinoy says he favours 'aggressive' sale of public sector assets to pay for fiscal expansion and get back to 7-8% GDP growth. 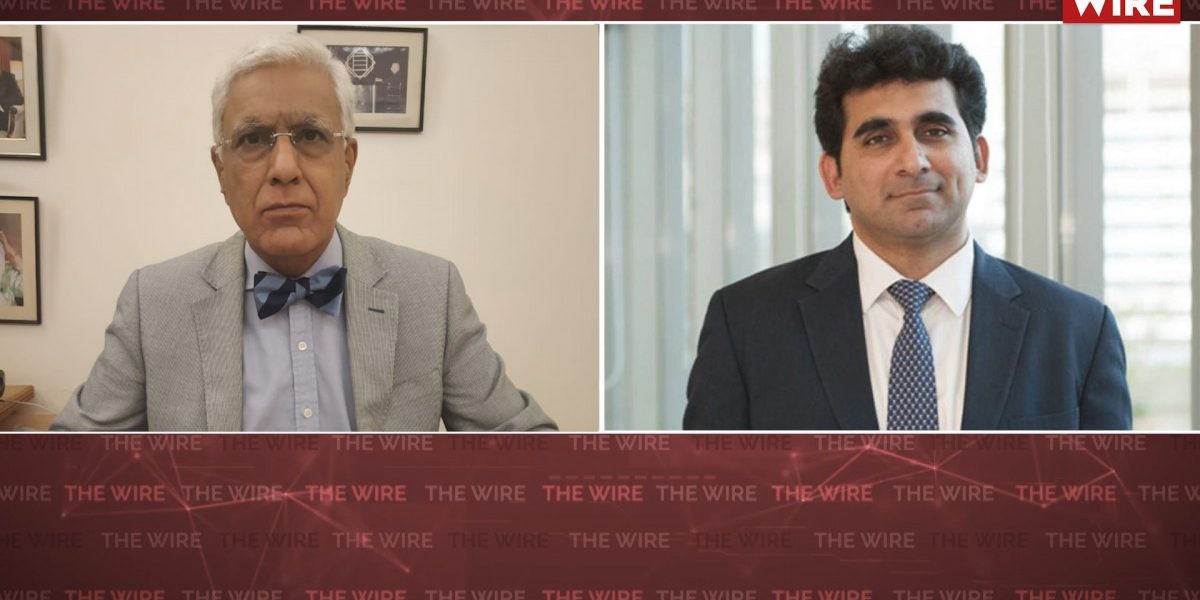 New Delhi: One of the most highly regarded members of the Prime Minister’s Economic Advisory Council has said that the Indian economy is likely to contract between 5-7% this year.

Sajjid Chinoy, who is also the chief India economist at JP Morgan, says that the financial sector “was flying on one engine” for the past two to three years prior to the outbreak of COVID-19. Now, whilst keeping a close look on the financial sector, which is critical to driving the economy, he says the government must boost demand which requires a further fiscal stimulus. To get back to 7 and 8% levels of GDP growth he recommends “a large infrastructure push” which is to be financed “by pledging to aggressively sell public-sector assets”.

In an interview to The Wire, Chinoy explains at length both his analysis of the economic condition of the country as well as his recommendations for getting back to 7-8% levels of growth without pushing the fiscal deficit or the country’s debt to GDP ratio to unsustainable levels.

Chinoy began by explaining that for the three years prior to January 2020, when COVID-19 first appeared in India, growth had slowed to 4% levels. Exports, which had been growing at 18% in the 2002-2010 period, with investment responding similarly, shrank to an average of 2.4% growth over the last six years. Investment also thereafter contracted. For a while, after 2013, consumption, both private and public, was able to drive growth. However, during the three years prior to COVID-19 households began to perceive the slowdown and accordingly adjusted their consumption downwards. This, combined with an increasingly impaired financial sector, reduced private consumption to 5.3%, the lowest since the global financial crisis. Consequently, India entered COVID-19 with three of the four engines of growth (exports, investment and private consumption) considerably slowing down and only one engine, government spending, firing. Chinoy said the financial sector was “flying on one engine”.

In the light of this background, Chinoy told The Wire that he believes the combined impact of the virus and lockdown during this financial year would mean the economy may contract between 5-7%.

Chinoy said he was particularly concerned about the need to prevent bankruptcies. The debt moratorium and the decision to one-time restructure loans have prevented bankruptcies for now but there is a danger this could keep alive many zombie firms.

Chinoy said “the outlook for the financial sector will be critical in driving the economy” and he stressed the need for the government “to recapitalise public sector banks”.

Speaking about the recovery the economy has seen since June, Chinoy said “we should not conflate a V-shape recovery in growth rates with that in levels of output”. He said output was 40% of pre-pandemic levels in April, 60% in May, 80% in June but since then, however, perhaps because of the mini lockdowns imposed by different states at different times, output has plateaued.

Chinoy said agriculture is clearly one bright spot on the economic horizon. But given that it’s only roughly 15% of the economy and it only contributes around 40% to rural incomes, he questioned how much agriculture can drive the recovery. Nonetheless, the good monsoon we are having and the improvement in terms of trade in favour of farmers does mean that agricultural growth will be good.

However, Chinoy said “containing the virus is a necessary if not sufficient condition for faster recovery”. He agreed that until we have a reliable vaccine whatever recovery the economy sees will happen side by side with an escalating COVID-19 crisis which will, therefore, have a depressing impact on that recovery. As he put it: “Containing the virus will be the most important pre-requisite to enabling a self-sustaining economic recovery.”

In part two of the interview (i.e. after the commercial break) Chinoy spoke about what he believes are the critical steps necessary to get the economy to 7-8% levels of growth. He said the key was to boost demand and that requires further fiscal stimulus. He recommends “a large infrastructure push” for three reasons. First, it will boost aggregate demand, crowd in private investment and have a large multiplier effect on the economy. Second, it’s labour intensive and will create jobs and attract rural migrant labour back. Third, it will boost the economy’s competitiveness as well as its medium-term growth potential.

The key question, Chinoy said, was how was this major infrastructure push to be financed. Clearly the present crisis does not permit the government to raise tax rates. Nor will private consumption increase because of, what he called, the paradox of thrift, as a result of which households in response to the crisis would spend less rather than more. He also said there’s a second paradox, the paradox of fiscal space, which means the government simply doesn’t have the capacity to raise its fiscal deficit even though that is needed. So, summing up, Chinoy told The Wire that the only way to finance a major infrastructure push without pushing either the fiscal deficit or the debt to GDP ratio to unsustainable levels is “by pledging to aggressively sell public-sector assets”.

Questioned on whether this was the right time for such sales and whether the government would be accused of selling the family silver cheaply, Chinoy said that “because of the stimulus by global central banks equity markets are booming all over the world including India”. The timing, he added, is not a problem.

Asked about the government’s track record of selling one PSU to another, Chinoy said that announcements made by the finance minister in May, envisaging extensive privatisation in both strategic and non-strategic sectors, gave him the confidence to believe the government did intend genuine privatisation. As he put it: “The world has changed in the last six months. What was desirable earlier is an imperative now.”

However, Chinoy made clear that he was not advocating selling everything at one go but a three year carefully calibrated plan to sell assets.

Chinoy also said the government needs to come up with a credible medium-term fiscal consolidation plan. He said this could comprise a new post-COVID-19 fiscal law with a new debt target and a corresponding fiscal glide path. He also said a Fiscal Council would be a good idea because it would reassure markets that Indian debt is not becoming unsustainable.

Finally, Chinoy told The Wire, “India must quickly reposition itself to become a viable contender” for firms leaving China and presently relocating to Vietnam, Taiwan and, even, Bangladesh. Chinoy advocated that India must come up with a new revised SEZ model where “land acquisition is less onerous and labour laws more flexible”. These SEZs should also have infrastructure/port-connectivity of global standards.

Chinoy said that to get back to 7-8% levels of growth India needs to increase its global share of exports and that, in turn, requires breaking into Asian supply chains. The SEZs were essential for this.

He is confident the present government is willing to amend land and labour laws but it might be sensible to start doing so in limited areas like SEZs. Once that succeeds and the results are visible that would encourage state governments to follow suit.

Chinoy also said the government should consider setting up councils like the GST council for land and labour.

Chinoy said this is an unprecedented crisis which also presents India with an unprecedented opportunity. “India can and must seize the moment,” he said. He is confident India will because, as he put it, whenever there is a crisis India has acted.