In a powerful and disruptive move, Putin has floated the idea of Western economies depositing gold with Russia to buy rubles, with which oil and gas can be purchased. 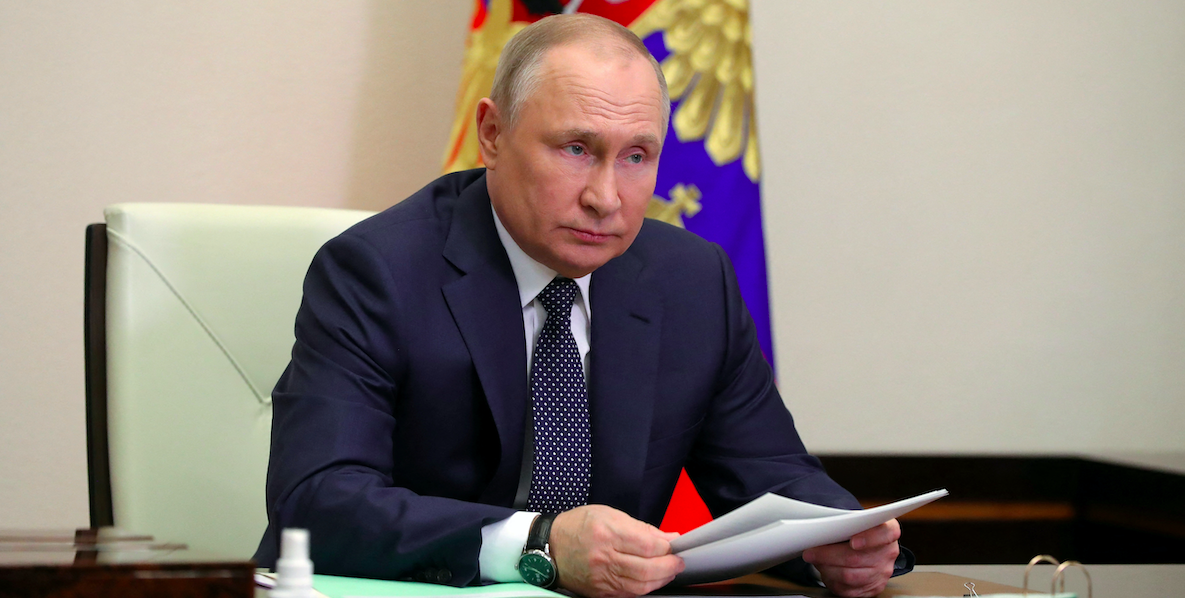 Last week, as US officials publicly warned India against new and enhanced trading arrangements with Moscow, Russian foreign minister Sergey Lavrov was reminding Prime Minister Modi that such arrangements predated the Ukraine crisis. The fact that Prime Minister Modi met Lavrov for 40 minutes, and met no representative from any other country, says something about India’s priorities in the rapidly changing geo-economic landscape.

Lavrov reportedly impressed upon Modi that the common payment system and local currency trade arrangements has been under discussion among BRICS nations for some years and has nothing to do with the Ukraine crisis. There have been official BRICS resolutions to this effect and subsequent summit pronouncements have carried forward the idea of a common payment system.

Significantly, the Chinese foreign minister was also in Delhi and met National Security Advisor Ajit Doval at the Prime Minister’s Office to discuss the agenda of the BRICS summit in Beijing later this year. Sources said the Russians and Chinese are coordinating efforts to infuse the BRICS meet with special significance.

The common payment system based on local currencies has been discussed in BRICS for some years but not pursued seriously on the ground. The Ukraine crisis has given a fillip to the idea of moving away from the US dollar in regional trade. Former RBI governor Raghuram Rajan recently said the US ban on dealings with the Russian central bank willy-nilly creates anxiety among nations about too much dependence on the dollar. Rajan said there could be a US President tomorrow (he didn’t want to name one) who might resort to drastic sanctions simply to coerce. Could this become the new normal in de-globalisation?

This is a very powerful and disruptive idea because at one stroke, a large part of the global energy trade could move away from the dollar. And linking a currency to gold can be seen as an economically responsible act, discouraging the wanton printing of currency, as the US has been doing for the last 15 years.

In this period, the Fed’s balance sheet has grown from $800 billion in 2008 to nearly $8.5 trillion in 2021. A tenfold increase in the printing of currency would have been impossible if the dollar was backed by gold, as it was until Richard Nixon delinked it from bullion in 1971. Nixon closed the gold window to prevent foreign governments from selling dollars to accumulate gold as a hedge against persistent inflation in the US.

Interestingly, the US faces a similar inflationary situation today and Putin is trying to revive gold and other non-dollar payment mechanisms as a medium of exchange. It is a clever move because gold also has natural resonance with India and China, the largest importers of gold in recent decades. Gold owned by Indian households is estimated to be 40% of GDP. Culturally and psychologically, gold has huge traction within India, China and Russia. Russia has over 50% of its forex reserves in gold.

The US is anxious that this talk of a local and regional currency payment system or the gold-based trading system proposed by Russia could challenge the dollar and nullify the effects of its harsh sanctions in the short to medium term. However, even if a broad solution is found to the Ukraine crisis, the idea of shifting away from the dollar as a dominant trading currency may persist and that may be Washington’s real nightmare.

After all, even China nurtures the aspiration of making the yuan a more widely accepted regional, if not world, currency. The Ukraine war could be an inflection point for many radical changes in the geo-economics governing a multipolar world. Reimagining new forms of payment systems is particularly relevant for trade in energy and food. Food and energy security are common concerns of India, China and Russia.