In Developing Countries, a Strong Case for Universal Basic Income to Combat Poverty

Given the differences in the costs of living and the level of abject poverty in developing countries, a UBI scheme could have a considerable impact in achieving inclusive economic growth.

There are varying economic arguments behind a UBI scheme in developed and developing countries. Credit: Reuters 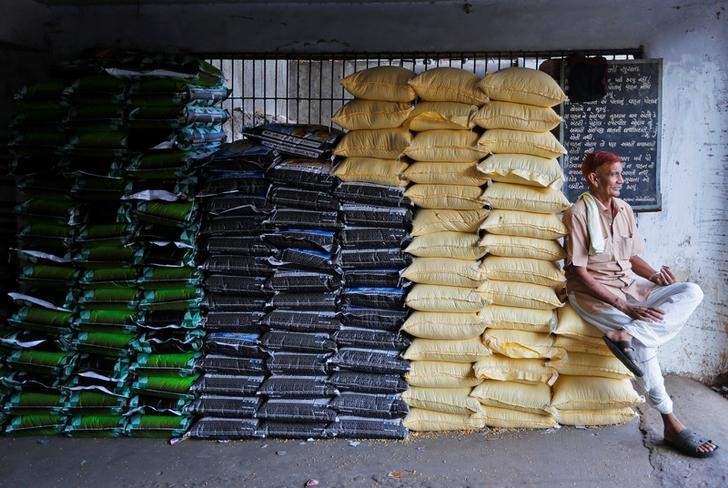 There are varying economic arguments behind a UBI scheme in developed and developing countries. Credit: Reuters

It is relatively rare for the same economic policy to be hotly debated in both developing and developed countries given how different their economic environments are. A universal basic income (UBI) scheme is one such example.

There are three aspects to UBI – transfers are in cash, there are no conditions attached (for instance, being poor) for compliance and it is universal. All three can and have been debated.

It is useful to think about the pros and cons of each of these different features, and their relevance in the context of developing vs developed countries.

Benefits of a UBI scheme

The arguments in favour of the first two features of a UBI are similar in the context of both types of countries. A UBI cuts administrative costs and empowers citizens by giving them choice and control over how to spend the money received as assistance. Standard economic inefficiencies associated with in-kind or conditional transfers, such as distorted resource allocation, direct bureaucratic costs and corruption, limit considerably the social returns on public funds.

It is not that there are no administrative costs associated with cash transfers or that there is no potential for corruption. Also, for cash transfers to be feasible, a well-functioning financial infrastructure is necessary. This is often not the case in developing countries, though mobile banking is making a dent in the problem. And there are legitimate concerns about privacy, at least in the way the government is implementing the Aadhaar card policy. However, these are logistical and institutional problems that do have potential solutions. We live in the digital era and not to embrace modern technology is not an option. Subject to these caveats, unconditional cash transfers are least likely to interfere with the behaviour of the recipients or cause any distortions on the production or supply side of resource allocation.

No merit to concerns around UBI

A frequent concern that is raised about a UBI scheme is founded on paternalistic grounds – whether having a fixed guaranteed income will make people want to work less, and squander the money away on inessential consumption. Evidence from low- and middle-income countries show that there is no evidence that on average transfers to the poor cause them to work less, whether it is the propensity to work or the overall number of hours worked, for either men or women. Similarly, a review of evidence across a range of studies of cash transfers from Latin America, Africa and Asia suggest no significant impact on expenditures on non-essential goods like alcohol and tobacco.

In contrast, another review of evidence from various studies on the effects of cash transfers on individuals and households find significant increases in household food expenditure, school attendance, use of health services, dietary diversity, savings, livestock ownership and purchase of agricultural inputs. A pilot study of UBI in eight Indian villages reports similar findings.

Universal aspect of scheme most debated

The third feature of a UBI scheme – that it is universal as opposed to targeted to specific groups – is the most debated. On the positive side, it prevents inclusion and exclusion errors that arise in any targeted programme – the unqualified receiving it, and the qualified not receiving it, respectively. These errors are a primary challenge when implementing contingent or means-tested welfare assistance programmes, including cash transfers. UBI bypasses the challenges of targeting by being a lump-sum transfer which is not just independent of the behaviour (as are unconditional cash transfers) but also any characteristics (income, age, health, or family-status) of the recipient.

Also read: There’s Nothing Universal or Basic About Universal Basic Income in India

On the negative side, two frequent criticisms of a UBI scheme are – that the direct cost of any universal programme is high, and the fact that the poor and rich will receive the same transfer does not seem very equitable. Neither of these criticisms are strong. No serious case for UBI comes without a complementary proposal for full or partial offsetting of costs from other direct transfer programmes for the poor, or garnering of higher tax revenues. Whether taxes are raised or not, under an income-tax scheme with wide coverage, the gross transfers to the rich will be offset by taxes. Therefore, in net terms, only those below a certain income level will receive a net transfer. This is why UBI is similar to the negative income tax scheme proposed by Milton Friedman.

It is precisely in this dimension where the arguments in favour of UBI differ sharply between developing and developed country settings. Given the state capacity of developing countries, only a very small fraction of the population pays income taxes. For example, in India, a mere 2.3% of the population file tax returns while about 1% pay taxes, rendering the fiscal instruments to reclaim the transfer from the rich are severely limited. The Economic Survey shows that there are only seven taxpayers for every 100 voters in the country, while the corresponding figure for Scandinavian countries is nearly 100. What’s more, the figure for most developed countries is in the 60-80 range.

This renders the scope of a UBI scheme more limited in a developing country setting as funding is a challenge given the limited tax base. Furthermore, the tax base often excludes some affluent sections of society. Therefore, unless a UBI scheme is funded through indirect taxes or taxes on capital gains, this also raises concerns about fairness. For example, in India, agricultural income is legally tax-free and the informal sector, where most people are employed, is also beyond the reach of the income tax system.

It might seem that developed countries can afford any form of extra expenditure better – not only do they have a wider tax base, they are also richer. However, when we compare the country contexts, poverty is relative given differences in the cost of living, as well as the subjective definition of what constitutes poverty. For example, in India, giving everyone a sum that equals the yearly income corresponding to the poverty line is about 10% of GDP, while the corresponding figure for the US is 20%. Note that both these numbers are impractical given the fiscal realities of the respective countries. Of course, if the Indian sum was given out with the US GDP, that would have been quite feasible, but not quite meaningful.

Therefore, for a UBI to be practical, it has to be scaled down from the proposed sums and adapted to the particular country context. Since relatively small sums can still have a considerable impact in developing countries given the differences in the costs of living, as well as the abject level of poverty, the case for a UBI is stronger.

This points to why the main economic arguments behind a UBI scheme in developed and developing countries are different. In the former, it is the looming threat of unemployment due to globalisation and automation as well as an increasing consensus on inequality as a policy problem that has renewed earlier debates about what is the best way to carry out economic redistribution. In developing countries, it is extreme poverty and a political consensus around poverty alleviation as the main economic policy objective that has driven debates as to what constitutes the best approach to combat poverty.

There is a case for UBI as a policy response to unemployment (or, more broadly, the rise of the gig economy) as well as poverty in developed countries. But it is clearly no alternative to a progressive income or wealth tax if inequality is the main concern. In contrast, the case for a UBI scheme as a policy measure to combat extreme poverty in developing countries is rather compelling.

We have already noted the problem of state capacity relating to the tax base as a key constraining factor. Some argue that it will deplete funds for other anti-poverty policies. This is a concern, but this logic can be applied to any new policy – we should fight to keep and expand the existing programmes that work, but also be open to changes. As long as UBI is posed alongside other poverty alleviation measures, it is worth testing on an affordable scale.

We should also be clear in recognising that a UBI scheme is only a safety net that provides relief from extreme deprivation relating to goods and services that are available in the marketplace. It is not a substitute for provision of public goods and services, nor does it in and of itself provide any direct pathway out of poverty. For this to be achieved it must be complemented by skill-formation to allow the poor to be self-sufficient and not dependent on government transfers. A long-term strategy involving investment in human capital is also required, so that the children of poor families can take advantage of growth opportunities. Investing in infrastructure and facilitating employment generation is equally crucial.

Achieving inclusive economic growth is the best long-term approach to poverty alleviation. However, UBI offers a promising short-run relief from the extreme effects of poverty.

Maitreesh Ghatak is Professor of Economics at the London School of Economics. He tweets @maitreesh.

A version of this article originally appeared in VoxDev on July 17 and is being republished with permission.