A variant of UBI, a negative income tax, could likely be a better fit for India.

The government should opt for an approach that brings about a greater equilibrium to society. Credit: Reuters 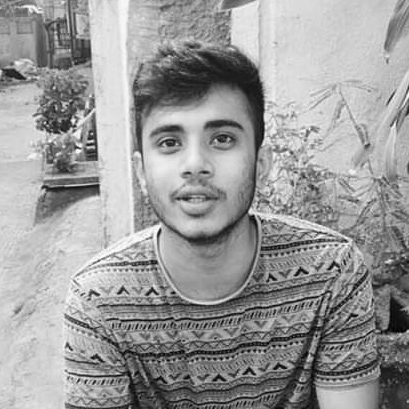 Every country aspires to an equitable society. For most, however, income equality can seem like a utopian idea. The Scandinavian countries prove that an equitable society is not only theoretically plausible but also practically feasible as demonstrated by their Gini coefficients relative to the BRICS nations. The Nordic model, however, cannot be implemented in India, owing to population levels and per-capita income.

The Gini coefficient is a quantitative measure of inequality, presented in the range of 0 to 1, with 1 being complete inequality and 0 for complete equality.

The problem with universal basic income

So how else can we create a more equitable society? One such policy that has gained currency recently is that of a universal basic income (UBI). Can the introduction of UBI or its variants offer a better solution to the creation of an equitable society?

Although a burgeoning economy, India fails with regard to many aspects of development. Poverty alleviation programmes have been a consistent focus of policy and yet, it continues to be pervasive – with stark contrasts across states as well as between urban and rural areas. In order to tackle this, the government of India had proposed the introduction of UBI in the Indian Economic Survey (2015-16).

UBI is a form of social security where all citizens receive an unconditional sum of money. It was originally considered for one of two reasons; as we are moving towards a more technologically competent world, a large portion of the workforce in various sectors, such as agriculture, may become redundant. As a result, UBI would be granted in order to compensate for the losses to make ends meet. Whereas in a developing world, UBI was proposed to help reduce the overall inequality levels.

UBI, if implemented, would cost the government around 4-5% of the GDP and would see 70% of the population receive Rs 650 per month according to the estimates done by the Indian Economic Survey. In this sense, India would implement a quasi-universal basic income.

Also read: Why Universal Basic Income Is Not a Perfect Substitute for Existing Subsidy Schemes

Currently, there exist nearly 940 central sector and centrally-sponsored schemes, i.e. food and urea subsidies, where many of them are minute in terms of allocation and have existed for decades.

The administrative costs alone for running these schemes are substantial, coupled with the leakages and the burden of identifying beneficiaries, which further places strain on governmental agencies that are often plagued with issues of inadequate capacity. If this is the case, why haven’t governments already introduced a scheme that reduces such burdens?

With the introduction of UBI, subsidies such as kerosene and fertilisers will cease to exist, exposing various sections of the population to market risks. Along similar lines, this could possibly erode the pressures on the state to provide for health and education. These are significant problems that need to be considered. However, would the provision of Rs 650 per month help reduce inequality levels?

The provision of UBI could create a society where individuals are protected from adverse income shocks, but augmenting 70% of the population with fungible transfers does not create an equitable society. Therefore, as variants of the current model exist, the government should opt for an approach that brings about a greater balance to society.

Negative income tax as an accompaniment to UBI

There have been alternatives suggested that could be implemented alongside UBI. For example, the introduction of a negative income tax (NIT) as a social policy could help bolster the tax base. Currently, under 2% of the Indian population pays income tax. Simply put, as agricultural activity in the country is not taxable, a significant proportion of people are employed in the informal sector. As over 90% of Indians earn less than Rs 2.5 lakh annually and are hence exempt from paying income tax, a significant tax base doesn’t exist.

The lack of adherence from certain sections of the population due to tax morale also plays a vital role in creating the difference between the number of citizens registered under the taxable bracket and those who file for income tax. The introduction of NIT would register people under a tax bracket, even though they would not be liable to pay taxes. In order to avail accrued benefits, individuals will have to register their income levels. In this regard itself, an NIT is superior to a generic UBI.

The NIT, according to Friedman, would be based on the regular tax system. However, instead of tax liabilities varying positively with income, benefits would vary negatively with income. For example, if the positive threshold for a family to pay taxes in a given country is Rs 50,000 annually, a family that earns Rs 40,000, given a negative income tax rate of 50%, would receive a transfer of Rs 5,000. (50% of the difference between Rs 40,000 and Rs 50,000) A family with zero income would receive Rs 25,000 annually.

Such a variant would identify the beneficiaries efficiently and effectively, as individuals that need more assistance receive more. There are, however, significant administrative costs associated with the creation of such a system. As most people are not liable or do not pay taxes, it could be difficult to implement such a programme. Wholesale macroeconomic changes are associated with significant costs. The menu costs associated with the implementation of such policies need to be taken into consideration.

Bringing about an equitable balance to society and creating solutions to the problems of distributive justice is what many societies strive for. As with other policy decisions, NIT will have its own set of problems that can only be solved with time. However, with the introduction of the NIT, we move one step closer in trying to bring about an equitable balance to society.

Nikhil George is a Research Assistant at the department of Economics at Monk Prayogshala, a not-for-profit academic research organisation based in Mumbai. He focuses on urban economics, public policy and behavioural economics.