The latest report by the United Nations Conference on Trade and Development said India's growth rate would come down from the last year's 8.2% due to higher financing costs and weaker public expenditures. 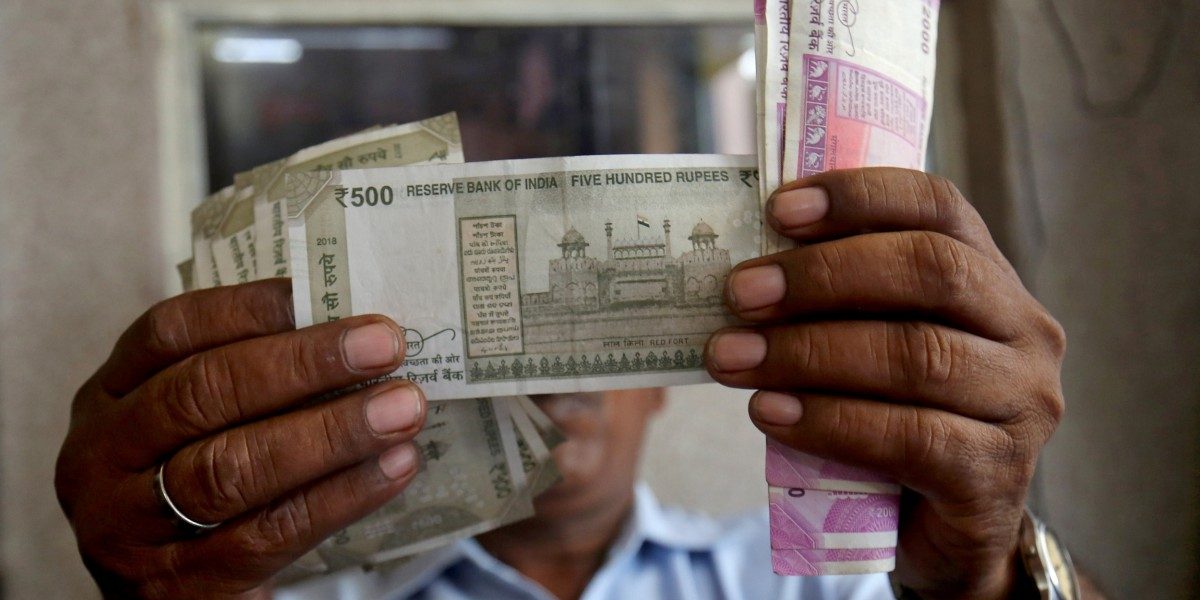 A cashier checks Indian rupee notes inside a room at a fuel station in Ahmedabad, India, September 20, 2018. Photo: Reuters/Amit Dave

India’s Gross Domestic Product (GDP) growth is expected to decelerate to 5.7% in 2022 from 8.2% last year due to higher financing costs and weaker public expenditures, the United Nations Conference on Trade and Development (UNCTAD) has said.

Amidst worsening global crises, which are apparently exacerbated by continued interest rate hikes by the United States and other major industrialised countries, UNCTAD has called for an urgent policy correction in its Trade and Development Report (TDR) for 2022.

Contrary to the glib pronouncements made by India’s ruling dispensation that India would witness a continued high growth trajectory in the world, UNCTAD’s estimates suggest that country’s GDP growth is likely to decelerate to 4.7% in 2023.

Recently, Prime Minister Narendra Modi claimed that “India’s economy is expected to grow by 7.5% this year, which will be the highest among the world’s largest economies.” It is true that in an economically depressed world, India’s growth rate for 2022 would certainly be higher than many G20 countries. However, such overly upbeat pronouncements conceal the actual ground realities of massive unemployment, worsening income inequalities, and poverty.

In its flagship report, UNCTAD says the global economy is projected to grow at 2.5% this year, decelerating further to 2.2% in 2023.

UNCTAD calls for course correction and multilateral synchronisation of monetary and fiscal policies, a substantial debt-reduction programme for developing and low-income countries, and a massive increase in official development assistance.

The global economy – according to UNCTAD’s secretary-general, Rebeca Grynspan – is facing a “perfect storm” with developing countries being the worst hit due to monetary policies adopted by the United States Federal Reserve, the world’s most powerful central bank, as well as the slow recovery from the COVID-19 pandemic.

Continued implementation of market-fundamentalist policies, which are part of the neo-liberal policy kit, in the US and other major industrialised countries, including China and India, have contributed to one crisis or the other.

The devastating 2008 financial crisis is replete with spill-over effects on major economies that pursued austerity policy measures. It caused a black hole in public expenditures and unprecedented cuts in social welfare programmes, including in India.

The Biden administration has rightly recognised that trickle-down economics based on market fundamentalist policies is a humbug. Last week, President Biden said he was “sick and tired” of the theory that cutting taxes for businesses and the wealthy will see the benefits “trickle down” into the pockets of poorer workers.

The TDR notes that “going forward, the (Indian) government has announced plans to increase capital expenditure, especially in the rail and road sector, but in a weakening global economy, policymakers will be under pressure to reduce fiscal imbalances, and this may lead to falling expenditures elsewhere”. 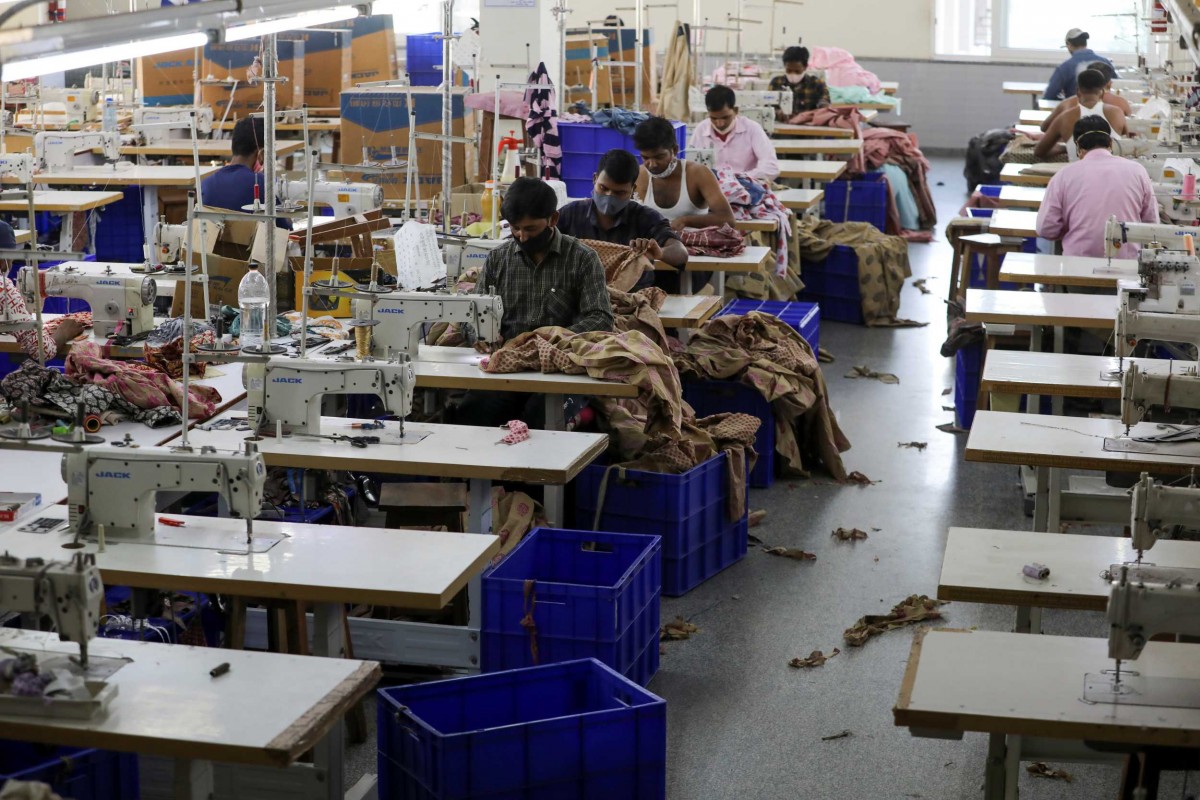 According to the report, the current economic crisis generated by a 3% in interest rates by the US Federal Reserve last week is “set to cut an estimated $520 billion of future income for developing countries (excluding China) and signal even more trouble ahead”.

Without course correction and coordinated multilateral policies, including substantial debt relief and large-scale social welfare measures, things are going to become much worse for developing and low-income countries. The world economy is set to enter into a prolonged recession and stagflation, the TDR cautioned.

Also read: Why India’s Growing Current Account Deficit Could Prove to Be the Achilles’ Heel for RBI

It says that developing countries are going to be the worst sufferers due to the spate of monetary tightening and austerity policies to be followed due to high-interest rates, particularly due to the strong US dollar.

UNCTAD’s flagship report, titled ‘Development Prospects in a Fractured World: Global Disorder and Regional Responses‘ has come not a moment too soon.

It offers policy guidance for developing countries on how to tackle the crises inflicted on them by continued market-oriented economic policies adopted in advanced economies that led to the growing inequalities since the 1980s.

The TDR 2022 warns somewhat pointedly that the current multiple crises arising from the monetary and fiscal policies, along with the Ukraine war and climate stress, are much worse than the 2008 global financial crisis and the continuing COVID-19 pandemic that has claimed millions of lives across countries during the last two years.

The report argues that the current predicament of the world economy caused monetary policy initiatives, particularly the continued increase of interest rates by the US Federal Reserve, the world’s most “systemically” important central bank, and other monetary authorities ostensibly for fighting inflation risk bringing global recession and stagnation that could wreak havoc in developing countries.

That these policies of monetary tightening involving rapid interest rate increases and restrained fiscal policies based on the austerity mantra in advanced economies are being deployed at a time of “cascading” crises resulting from the COVID-19 pandemic and the war in Ukraine, says the TDR.

Over the years, UNCTAD’s Trade and Development Reports have become a barometer to assess the health of the global economy as well as predict the ravages likely to be inflicted on developing countries due to market-oriented monetary policies being adopted by the advanced economies.

Richard Kozul-Wright, UNCTAD‘s director of the macroeconomic and globalisation division, also drew attention to the volatility of cryptocurrency and the dangers arising from this financial asset.

Parallels between the COVID-19 pandemic and now

It is somewhat ironic that there appear to be parallels between what is being done by the advanced economies during the COVID-19 pandemic and the current spectre of monetary tightening based on increasing interest rates ostensibly to fight inflation.

During the COVID-19 pandemic, WHO director-general Tedros Adhanom Ghebreyesus slammed the US and other G7 countries like Germany, France, and the UK adopting the “me-first” approach for availing of vaccines to fight the deadly SARS-CoV-2 virus, leaving the developing countries without vaccines.

In a similar vein, UNCTAD’s secretary-general, Rebeca Grynspan, who released the TDR on October 3, said somewhat bluntly that “the monetary tightening in advanced economies (steep rises in interest rates effected by advanced economies without undertaking appropriate ameliorative policies) is hurting the most vulnerable, especially in developing countries and risks tipping the world into recession”.

The inflation-pivot policies of the US Federal Reserve seem to follow the principle set in motion in 1971 that the “dollar is our currency, but your problem”.

The TDR said that a decade of ultra-low interest rates (including negative interest rates) adopted by the Federal Reserve and other central banks “consistently fell short of inflation targets and failed to generate healthier economic growth.”

It is against this backdrop that the report warns that attempts to bring down prices through high-interest rates are misplaced and somewhat delusionary in the current context. The report calls this current approach an “imprudent gamble.”

Worse still, it said amidst falling real wages, fiscal tightening, financial turbulence, and lack of sufficient multilateral support and coordination, “excessive monetary tightening could usher in a period of stagnation and economic instability for many developing countries and some developed ones”.

According to UNCTAD’s secretary-general, Grynspan, “there’s still time to step back from the edge of recession.”

Countries have the tools to calm inflation and support all vulnerable groups, she said, adding that “this is a matter of policy choices and political will”.

With worsening prospects for the global economy in 2023, which is expected to decelerate further to 2.2% while leaving real GDP still below its pre-pandemic trend by the end of next year and a cumulative shortfall of more than $17 trillion or 20% of the world income, all regions are expected face huge consequences, according to the TDR.

The report notes that middle-income countries in South America and low-income countries will witness the sharpest slowdowns in 2022. Already, the debt distress has wreaked havoc in Sri Lanka, Zambia, Suriname and Pakistan, which witnessed the worst floods recently.

According to the report, Africa’s economies, which are expected to witness 2.7% growth in 2022 and 2.4% in 2023, remain at high risk due to debt distress, and millions of Africans are expected to fall back into poverty caused by the acute risk of food insecurity.

The TDR says that Asia’s growth is expected to decelerate significantly due to worsening global conditions. Apparently, China’s greater-than-expected slowdown due to the zero Covid policy followed by the Chinese government in Shanghai and other cities coupled with the weaknesses of the global economy, and policy shifts in advanced economies pose serious threats to growth in the Asian region.

Under investment in public goods 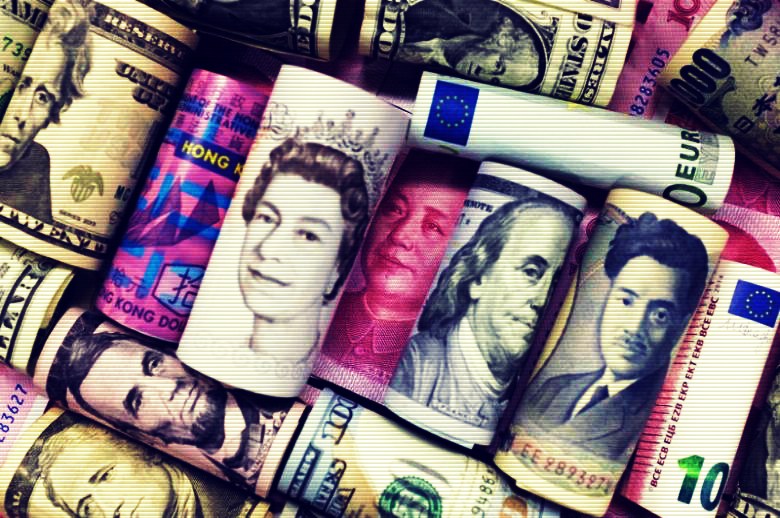 The report said that some 90 developing and low-income countries have experienced a huge drop in their currencies against the US dollar. Little wonder that the foreign exchange reserves of developing countries, according to some estimates, have depleted by more than $200 billion in the recent period.

In addition, bond spreads are widening with a growing increase in yields of 10 percentage points higher than US Treasuries, the report noted.

Not surprisingly, some 46 developing countries are severely exposed to multiple economic shocks, and another 48 are seriously exposed, the report suggested, pointing to the heightened threat of a global debt crisis.

According to the report, the developing countries are forced to release an estimated $379 billion from their foreign exchange reserves to support their falling currencies due to the havoc caused by the US dollar foreign currency exchange markets.

Also, the sudden spike in commodity prices over the last two years, particularly food and energy, seems to be further exacerbated by the continuing Ukraine war, the report said.

1. Increasing Official Development Assistance (ODA), a larger, more permanent, and fairer use of Special Drawing Rights, including doubling the SDRs from the recent level of $379 billion;

4. More importantly, stepping up progress on a multilateral legal framework for handling debt restructuring, including all official and private creditors.

5. Bringing about an urgent course correction for tackling inflation as it has been exacerbated by the COVID-19 pandemic in advanced economies while inflation has been largely driven by commodity prices, especially energy;

6. With large multinational corporations having egregiously benefited from the current crisis, the report warns that “harking back to the 1970s or to later decades marked by austerity policies in response to today’s challenges in a dangerous gamble.”

7. “The real problem facing policymakers is not an inflation crisis caused by too much money chasing too few goods, but a distributional crisis with too many firms paying too high dividends, too many people struggling from a paycheck, and too many governments surviving from bond payment to bond payment,” according to Richard Kozul-Wright, head of the team in charge of the TDR.

8. UNCTAD calls for a course correction due to the easing of inflation in the US and other advanced economies.

9. The need of the hour, as part of course correction, is to pursue policy measures targeting price spikes in energy, and other vital areas directly.

10. It says the Black Sea Grain Initiative led by the United Nations, in which the UNCTAD Secretary-General took part, has had a significant impact on lowering prices.