'There may be long queues at grocery stores, gas stations, and pharmacies,' UK warned those travelling to the island nation whose economy has been severely hit by the pandemic. 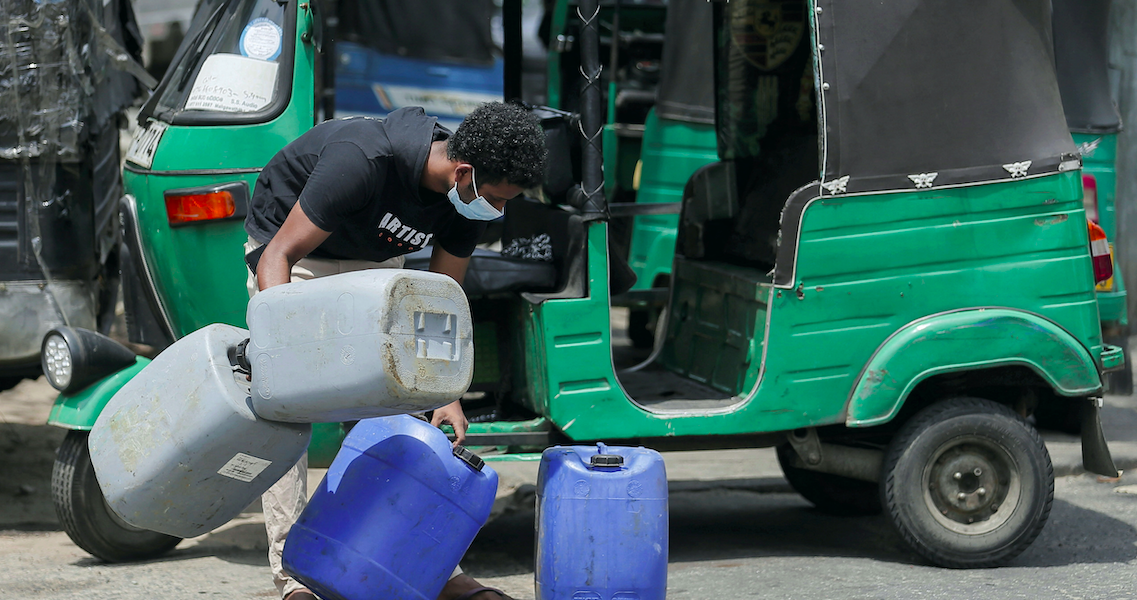 FILE PHOTO: A boy holds cans as he rushes into a line to buy diesel at a Ceylon Petroleum Corporation fuel station in Colombo, Sri Lanka March 2, 2022. Photo: Reuters/Dinuka Liyanawatte

New Delhi: Responding to the economic crisis caused by foreign exchange depletion in Sri Lanka since the pandemic, the United Kingdom has issued a travel advisory for its citizens travelling to the island nation.

According to Sri Lankan news reports, the latest advisory has warned British citizens about the dire economic situation in that country leading to shortage of basic necessities like medicines, fuel and food.

A report in Daily Mirror, published from Colombo, said the advisory stated, “There may be long queues at grocery stores, gas stations, and pharmacies. Local authorities may impose rationing of electricity, resulting in power outages.”

It also mentioned the prevalence of COVID-19 and dengue in the country, adding that these might trigger fresh lockdowns, thus leading to flight cancellations.

Sri Lanka has been facing a hard currency crisis affecting its imports for some time now due to the pandemic.

Last September, Lankan foreign minister Basil Rajapaksha had called the crisis “dangerous”. The government had by then declared a state of emergency as most of the private banks had been emptied of foreign exchange – affecting import of essential goods.

Import of several luxury goods have since been banned.

In February of this year, the government had appealed to non-resident Lankans to send money home. As per reports, overseas remittances have fallen sharply too.

With the country’s economy heavily dependent on tourism and trade, Sri Lanka has received a huge blow from the lack of travel and other worldwide restrictions brought to tackle the pandemic.