The senior BJP leader breathed his last on August 24 at the age of 66 after a political career that spanned decades. 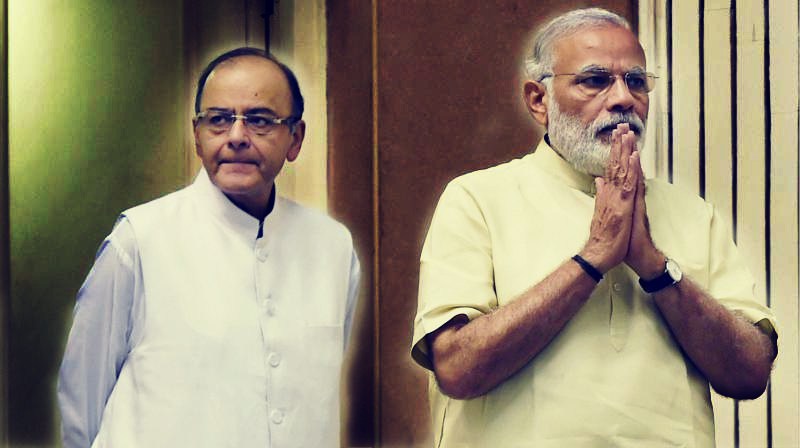 A senior member of the Bharatiya Janata Party (BJP), Arun Jaitley was Union finance minister in the Narendra Modi-led government’s first term in power at the Centre. He also held the defence portfolio for a while.

Jaitley, who had been ailing for the past few years and was admitted to New Delhi’s All India Institute of Medical Sciences (AIIMS) on August 9, breathed his last on August 24 at the age of 66.

Adept at working the levers of power, he has been Modi’s go-to man in New Delhi since the late 1990s, before deteriorating health put an end to his four-decade-long political career. A day before the Modi 2.0 government was sworn in, Jaitley cited health issues while requesting the prime minister to let him stay out of the cabinet.

A timeline of his political journey:

1980: Jaitley joins BJP, is made president of party’s youth wing of BJP and secretary of its Delhi unit.

Practices law before the Supreme Court of India and several high courts. Appointed Additional Solicitor General by the V.P. Singh government in 1989. His clients include Sharad Yadav, Madhavrao Scindia, L.K. Advani and several other politicians. Given his political duties as Leader of Opposition in Rajya Sabha, stops practicing law in June 2009.

Member of BJP national executive since 1991; made spokesperson of the party before 1991 Lok Sabha polls.

2000: Jaitley is elevated as cabinet minister; appointed minister of law, justice and company affairs and shipping. 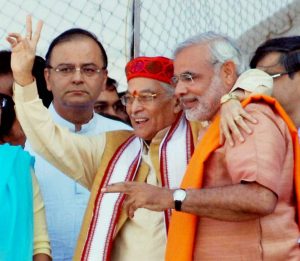 Chosen as Leader of the Opposition in Rajya Sabha in 2009 by L.K. Advani. Plays vital role during talks on Women’s Reservation Bill in the Rajya Sabha, supports Anna Hazare on Jan Lokpal Bill.

Until 2014, Jaitley had never contested any direct elections. That year, he was BJP candidate in Amritsar Lok Sabha constituency, but lost to Amarinder Singh of the Congress. Jaitley was selected by newly-elected Prime Minister Narendra Modi to be minister of finance, minister for corporate affairs and minister of defence in his cabinet.

With Jaitley as FM, the Modi government was able to take several key economic decisions like demonetisation and GST.

Under Jaitley’s stewardship, the Modi government merged the railway budget with the general budget. Moreover, the decision to advance the date of the general budget to February 1 was also taken with Jaitley as FM. GST went under several tax-slab revisions and Jaitley manoeuvred them efficiently. He also introduced Insolvency and Bankruptcy Code to resolve the issues with companies that were turning insolvent. IBC has played a key role in the corporate sector in recent times.

On May 29 2019, in a letter to the prime minister, Arun Jaitley cited poor health as a reason for not taking any active role in the formation of the new government, effectively declining a role as a minister.