The rationales behind the surprise move – targeting black money, terror financing and building a cashless economy – have all failed to elicit results. Why then was this exercise undertaken at all? 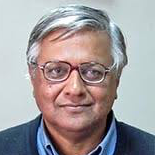 On the evening of November 8, Prime Minister Narendra Modi announced that the high denomination notes of Rs 500 and Rs 1000 would cease to be legal tender from midnight. These old currency notes – about 86% of the printed currency in circulation – could be exchanged for new ones until December 30.

A lot of data has been accumulated since the note ban was announced by Modi, but most of it is anecdotal and cannot be subjected to a rigorous statistical analysis. However, it does highlight the hit that the Indian economy had taken due to this policy change. Those outside the purview of the banking system were hit particularly hard. For these people, liquidity and budget are often the same since they cannot borrow to tide over a fall in income. Even for those who are relatively well off, there was a significant liquidity crunch.

Much has been written on the subject. Hence, I would pose a counterfactual question. How much of the subsequent damage that has been done to the economy could not have been anticipated by someone even with the basic knowledge of economics? Of course, a lot of the damage from the note ban was due to the manner in which the policy was implemented. For instance, if the new currency notes were available in sufficient quantities, then the magnitude of the inconvenience caused would have been less. The policy was flawed in its conception and exacerbated by an equally dismal implementation.

The rationale was that in order to target accumulated cash on which taxes have not been paid, an element of surprise was required so that the targeted stock of currency is not disposed.

However, other issues have also cropped up – was demonetisation the only way to target this accumulated cash? After all, only a tiny fraction of ‘black wealth’ is held as cash. Could the government not have tackled this by other means, like by looking at conspicuous consumptions – weddings in Bali, purchase of luxury cars, paintings?

This idea was discarded because it would require unleashing the taxman, who would come with all the trapping of bureaucratic arbitrariness. It is ironical then that the taxman will anyway be let loose, even after facing all the inconveniences from demonetisation.

The other problem with this is that while an element of surprise was necessary, the time for exchanging existing currency notes should have been shorter, otherwise, secondary markets – that convert black money into white – are likely to spring up.

While this was a logical requirement, it was also impossible to implement given the size of the economy – and its structure. Even 50 days proved inadequate for the law-abiding citizens to convert their old currency. Any shorter the time period, it would have been even more disastrous.

Since attacking the ‘black’ cash balances was the only argument given for the surprise element of the move, the government should have been prepared with some data – the size of black wealth, what proportion was held in cash etc.

Next, let us look at counterfeit banknotes coming through our porous international borders and being used to fund terrorist activities. However serious this problem may be, it does not require an element of surprise. No one is arguing that terrorists are sitting with the counterfeit currency that needs to be destroyed in one swoop. There is a continuous funding of their activities through currency smuggling and most of the counterfeit currency is ultimately held by the unsuspecting public.

Here, a simple pre-announced plan would have worked. The public could have been told that over the next six months all the old banknotes would be replaced by new ones. Whether demonetisation was a surprise or not, some innocent people who were holding these counterfeit currency notes would also not have been able to get new ones.

Thus, the government’s attempt at portraying demonetisation as an anti-terror operation is also not tenable. Conflating these motives of the government in order to support demonetisation gives the exercise a patriotic hue. Yes, both black money and counterfeit currency are a result of illegal activity, but the remedies are different.

Also, it is true that this one-time attack will not ensure that the problem will not recur. The corrupt officials will ask for bribes in the new currency and terrorism will be funded by the duplication of new banknotes. The problem of black money, in principle, requires a surprise strike, whereas the counterfeit currency does not.

Next, the cashless economy argument that was given much later to justify demonetisation. Recall the sign often seen outside Indian shops that reads, “In God we trust, rest strictly cash”. This statement is an assertion of faith in the government. Demonetisation has tested this belief. People accept pieces of paper (currency) as payment also because they believe that other people have faith in these pieces of paper. Moving to e-payment presupposes a transfer of this faith to the provider – often a private entity – and a belief that other people will also accept this means of e-payment.

Money has come to occupy this unique place as a medium of exchange over decades, if not centuries. I doubt that a move away from cash can be fast-tracked. It is more than just a question of literacy, it is of financial literacy, regular power supply and of internet connectivity. In the foreseeable future, can we say with certainty that no e-wallet supplier will be of the dissembling type? Those of us who use credit cards will testify that one has to be hawk-eyed to prevent overcharging and to hold the banks to their promises.

Economies that use cash do so for sound economic reasons. The desire to avoid paying taxes is only one of these. Second, if changing habits to move away from cash is the objective, replenishing the cash quickly will not achieve it. As soon as the cash comes back into the system, people will revert to their old ways. Hence, in order to wean them away, the pain must be prolonged. Fifty days is not enough.

Finally, the timing of the move. There has been agrarian distress in a large part of the country with the rains playing a truant in the last three years. The kharif crop in 2016 was a normal one. India’s economy is cash-based and the rural sector almost completely so. In rural India, there are very few bank branches and almost no ATMs and cards are used.

Hence the bulk of India’s rural poor receive their income in cash, agriculture output sales are in cash, as is the purchase of seeds. The demonetisation announcement was made between the two major crops seasons and caused a substantial disruption – the farmers could not sell their harvested crop and hence could not buy seeds for sowing the next one.

Even if one ignores the discussion so far, there is a general point to bear in mind in thinking about such a move – there is, no doubt, widespread tax evasion by petty shopkeepers, small and medium enterprises. If these entities were to be brought under the tax net, the level of activity in these sectors would contract. The immediate and medium-term economic implication of the move would be to cripple these sectors that transact only in money.

The problem is that these sectors are big generators of employment outside agriculture. Thus, ensuring tax-compliance could hit employment in a big way. A call has to taken about the timing of this move. When the government is struggling to provide even a fraction of the required new jobs, maybe one should hold one’s horses on this issue.

Hence, why was this exercise undertaken at all? The surprise can only be justified by drawing attention to the fact that Indian elections tend to be cash-based and there were a few important elections around the corner. A demonetisation move would cripple the opposition parties. Thus the mayhem was probably inflicted on the country for very narrow political ends.