The Impact of COVID-19 on India’s Manufacturing Sector

A year ago, it seemed certain that the shifting global dynamics due to COVID had the potential to pave India's way into the manufacturing sector. Come 2021, manufacturing in India has come to a near standstill. 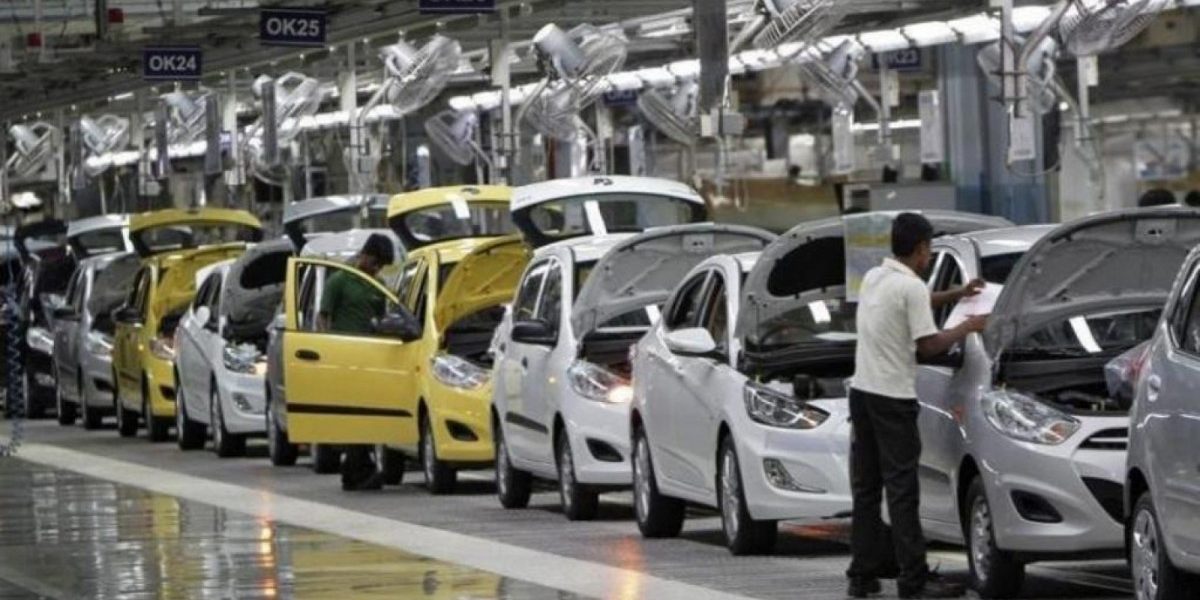 As per a government report, the Indian automotive industry suffered Rs 2,300 crore loss per day and an estimated job loss in the sector was about 3.45 lakh, as a direct result of the pandemic. Credit: Reuters

Last year, the swift spread of the coronavirus pandemic came as a heavy blow to the world economy. As the world’s largest manufacturer became the epicentre for the worst pandemic in modern times, stock markets panicked and supply chains from China were severed. With countries announcing the need to disengage the dependency on tightly integrated supply chains from China, the age of Indian manufacturing was heralded. It was believed that the US-China trade war would lead to added windfall for India.

A year ago, it seemed certain that the shifting global dynamics due to the novel coronavirus crisis, had the potential to pave India’s way into the manufacturing sector. Come 2021. India is in the worst grip of a variant of the novel coronavirus. Manufacturing in India has come to a near standstill. As the sector with the maximum amount of backward and forward linkages, manufacturing crucially sustains and propels economic recovery. But restrictions on account of the surge in COVID-19 cases has led to a massive deceleration in the manufacturing sector. And the worst is yet to come both in terms of the spread of the coronavirus and the slowdown of manufacturing.

In March 2021 the IHS Markit India Manufacturing Purchasing Managers’ Index (PMI) slipped to a seven-month low of 55.4 from 57.5 in February 2021. Data for April indicates a slight improvement to 55.5 after declining to a seven-month low in March at 55.4. This marginal increase doesn’t hide the fact that “the headwinds facing manufacturers cannot be ignored. The surge in COVID-19 cases could dampen demand further when firms’ financials are already susceptible to the hurdle of rising global prices.”

Also read: India’s COVID Shambles: It Took Us Seventy Years, Not Seven, To Get Here

India’s GDP for the first quarter (Q1) of 2020-21 contracted by 23.9% and the share of the manufacturing sector in total gross value added (GVA) which was 17.5% in Q1 of 2019-20 shrunk to 13.8% in this quarter. Growth rate in the manufacturing sector has plunged to -39.3% in Q1 of 2020-21. For consecutive eight quarters manufacturing growth rate has declined, indicating a lack of demand and a deeper structural crisis in the sector worsened by the pandemic-induced lockdowns.

Imports of heavy machineries and equipment on which our manufacturing and other industries are crucially dependent has been going down. The import of these capital goods is important for maintaining a threshold on output expansion, as many sectors that feature in India’s major exports are also in India’s top imports. Last year India came out with a negative import list for defence equipment, ostensibly to boost the ‘Make in India’ programme. But big ‘Make in India’ projects have simply not taken off.

And the manufacturing crisis has been worsened by COVID-19. Fiscal stimulus from the ‘Atmanirbhar Bharat’ initiative has not been enough. Almost exclusively supplying to other industries, the MSME (Micro, Small and Medium Enterprises) sector is labour-intensive and the lifeline of India’s manufacturing sector. Production cuts in the manufacturing sector have had a percolating negative impact on the component industries, predominantly suspending operations of MSMEs engaged in the small and spare parts manufacturing. As intermittent lockdowns are imposed once again a majority of the manufacturing workers have returned to their hometowns because of uncertainty and a lack of income.

According to a survey conducted by United Nations Industrial Development Organization (UNIDO), after lockdown was imposed last year, manufacturing in India had stopped, except for the rice milling sector where production reportedly dropped by half. In manufacturing, some of the most affected industries have been metals and chemical products, motor vehicles, machinery and equipment, textiles, etc.

The automobile sector, which was grappling with the new Bharat Stage (BS) VI regulations, was faced with the shortage of spare parts from China where factories were shut following the coronavirus outbreak. Add to this the anti-China bandwagon in India. As per a parliamentary panel report, the Indian automotive industry suffered Rs 2,300 crore loss per day and an estimated job loss in the sector was about 3.45 lakh, as a direct result of the pandemic. The report stated that “all the major original equipment manufacturers (OEM) have cut down their production by 18-20% due to low demand and decline in sales of vehicles.”

The government has taken credit for the growth of India’s personal protective equipment (PPE) sector and for research, development and manufacture of COVID-19 vaccinations – “Made in India vaccines are a symbol of Atmanirbhar Bharat”. Like many other countries India also fast-tracked regulatory clearance conveying the impression that Covishield and Covaxin reflect the country’s manufacturing success. However, the real glitch was that even as the Modi government projected India as the world’s vaccine factory, it erred in its strategy on rapidly mass producing Covishield and Covaxin.

The government failed to pre-order the right quantities to expeditiously vaccinate its population. Now even the private sector is asking the government for adequate vaccine supply to vaccinate their staff as stocks run dry. At the current rate of vaccination, the country will take at least two years to vaccinate 70% of its population. Economists have said that mass vaccination is the biggest economic stimulus. Domestic mass vaccination is a major component of economic revival. And its focus on exports is also botched up.

India exported more than 66 million doses of COVID-19 vaccines worldwide in the past year but it failed to anticipate the scale of the coronavirus. The government should have halted the exports of pharmaceuticals and oxygen, rather than prematurely declaring a victory over COVID-19.

Against the backdrop of a massive increase in the number of critically impacted COVID-19 patients the demand for oxygen has shot up across India. While this is the need of the hour, the large scale diversion of oxygen from industrial units to hospitals poses more challenges to the already struggling manufacturing sectors like steel, cement and mining, which stand dependent on oxygen for molding, fabrication, etc.

Recently Maruti Suzuki shut down its factories in Haryana to make oxygen available for medical needs. During the first wave of COVID-19 last year, the overall demand for medical oxygen in India had increased four times, making it amply clear that oxygen was critical for COVID-19 patients. Despite this, tenders floated for oxygen generation plants by the central government are yet to be realised.

COVID-19 will remain for several months now, with projections of a third wave in India. Meanwhile, retail outlets selling non-essentials are temporarily closed and seller and buyer mood is bleak as they grapple with uncertainty. For the manufacturing sector, especially, there is an even higher degree of uncertainty. It will take a massive effort and huge financial incentives on the part of the government, industry, and all key stakeholders to ensure that the manufacturing recovers on operational mode.

Vaishali Basu is a consultant on strategic and economic affairs. She has worked with the National Security Council Secretariat (NSCS) for nearly a decade. She is presently associated with the New Delhi-based think tank Policy Perspectives Foundation.