The move, which is a gross violation of the Supreme Court order on 2G and auctioning spectrum, could result in potential revenue loss of up to Rs 4 lakh crore. 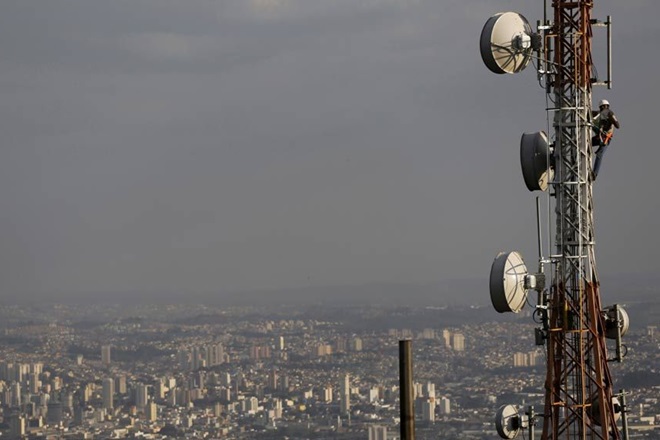 New Delhi: In what appears to be a gross violation of the Supreme Court judgement on the 2G spectrum case, the Department of Telecommunications (DoT) is considering allotting 7000 MHz of V-band spectrum without conducting auctions.

If the department succeeds in allotting spectrum on first-come-first-served basis (FCFS) without auction, it would be running against the logic laid down by the 2G judgement, as V-band airwaves have very high potential for commercial applications.

The Supreme Court had clearly laid down that the government shall allocate spectrum to private players only through an auction process.

It is difficult to quantify the size of potential revenue loss for the government if V-band spectrum is given away for free. This is because the market value of spectrum, in most cases, can be realised only through an auction process. However, if we go by the methodology adopted by the former CAG Vinod Rai under whom the national auditor had calculated notional loss, the size of potential revenue loss could be at least Rs 4,77,225 crore.

Sources said that a meeting in this regard was held in the DoT recently. Officials of the telecom regulatory authority of India (TRAI) were also invited to participate.

In a letter to the DoT on November 9, Rajan S. Mathews, the director general of Cellular Operators Association of India (COAI) wrote: “Since the V-band has potential to be used as access spectrum and as per the decision of the government to auction all Spectrum, it is expected that the government should soon auction these bands. It is also pertinent to note that if this spectrum is de-licenced then there would be no motivation for players to spend huge amount in any auction.”

Interestingly, American technology companies like Facebook are interested in working with V-band spectrum to provide broadband and Wi-Fi services. In India, Broadband India Forum, a lobbying group that has companies like Facebook, Google and Microsoft as its members, is advocating that the spectrum should be de-licenced, which effectively means that it should be allocated without auction on FCFS basis.

“In the 2G judgement, the Supreme Court has made it mandatory that spectrum, which is a scarce natural resource, would be allocated by the government only through a transparent auction process. This would achieve both fair competition and maximising revenue for the state,” said Pranav Sachdeva who was a lawyer for the petitioner Centre for Public Interest Litigation in the 2G case and in the subsequent presidential reference.

96.  In our view, a duly publicised auction conducted fairly and impartially is perhaps the best method for discharging this burden and the methods like first come- first-served when used for alienation of natural resources/public property are likely to be misused by unscrupulous people who are only interested in garnering maximum financial benefit and have no respect for the constitutional ethos and values. In other words, while transferring or alienating the natural resources, the State is duty-bound to adopt the method of auction by giving wide publicity so that all eligible persons can participate in the process.

83. …. we are convinced that the observations in Paras 94 to 96 could not apply beyond the specific case of spectrum, which according to the law declared in the 2G Case, is to be alienated only by auction and no other method.

In 2015, when the DoT sought TRAI’s recommendations on whether it could allot V-band spectrum on FCFS basis by de-licencing it, the regulator didn’t give its opinion. It simply stated: “From letter dated 08.06.2015 it emerges that the main issue is that in view of the judgement dated 02.02.2012, whether spectrum can be allotted by a means other than auction… It is for DoT to take a policy decision as to whether it is legally tenable to allocate spectrum by any other mechanism (viz. administrative) than auction in consultation with the Ministry of Law”.

The term ‘V-band’ is used to categorise radio waves in 57 to 64 GHz. In recent times, it has become useful to the explosion of data services. It is primarily used for providing access services at data transfer speed of up to 7 Gbps but is also used as backhaul spectrum.