Why Take Away the Cess Meant to Clean India's Mess?

Instead of doing away with the Swachh Bharat cess, the Centre should have made sure that the money made its way to the municipalities. 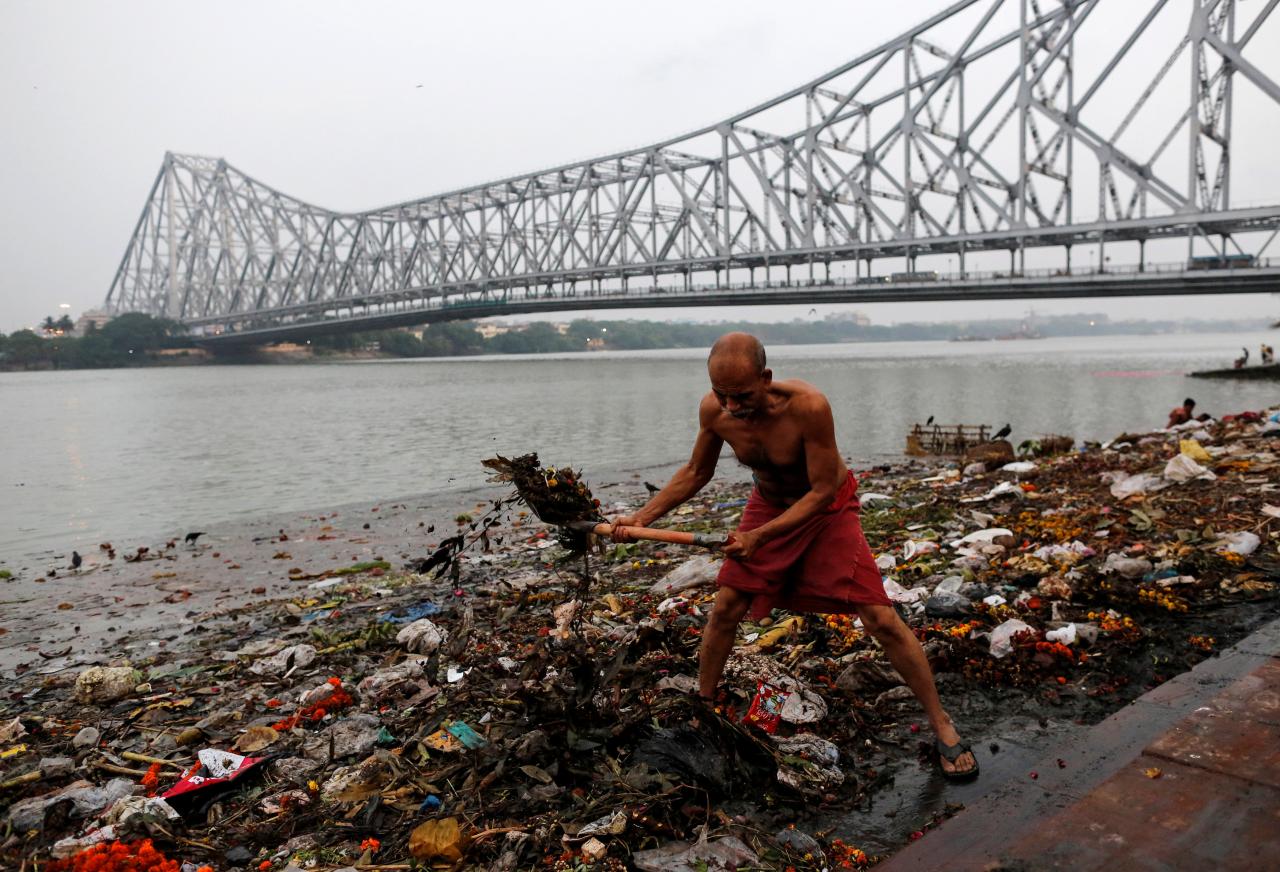 A man cleans garbage along the banks of the river Ganges in Kolkata, India, April 9, 2017. Credit: Reuters/Danish Siddiqui 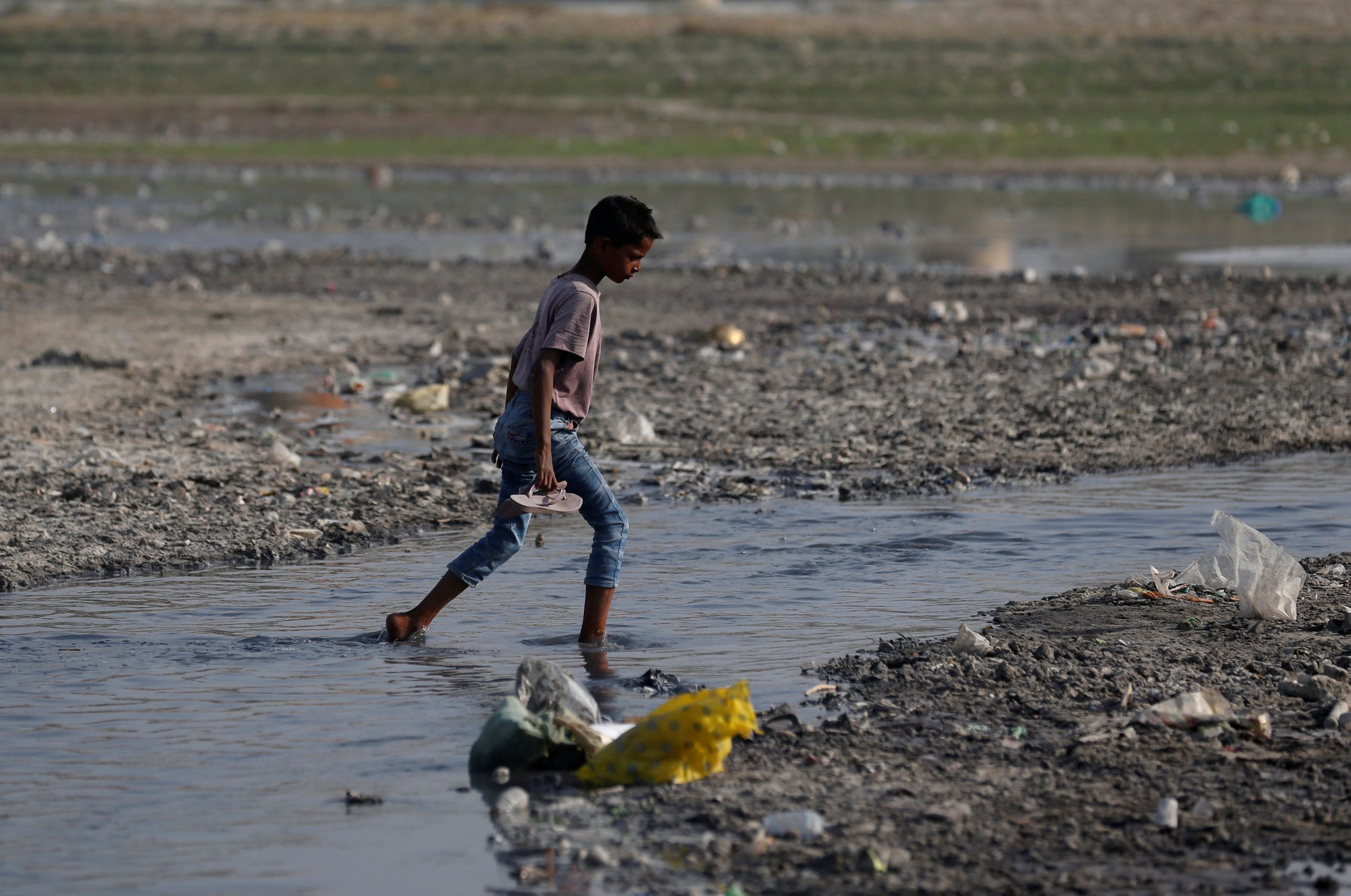 A boy crosses a drain on the banks of the river Ganges in Kanpur, India, April 4, 2017. Credit: Reuters/Danish Siddiqui

The introduction of Goods and Service Tax (GST), a singular indirect tax on July 1, 2017, abolished multiple cesses, such as the Swachh Bharat Cess (SBC) and the Krishi Kalyan cess. The cesses were repealed to avoid a cascading effect on taxpayers.

The SBC, introduced on November 15, 2015, was levied at the rate of 0.5% on all services that attracted service tax. A cess, unlike a tax, is collected by the government for a pre-specified purpose. The SBC accounted for Rs 16,400 crore collectively during FY 2015-16 and 2016-17. The proceeds from this cess were housed with the Consolidated Fund of India and utilised for the construction of individual household latrines, solid and liquid waste management, information, education and communication, and other administrative costs under the Swachh Bharat Mission.

Solid waste management (SWM) and disposal is considered one of the pillars of the Swachh Bharat Abhiyan, and is yearning for attention, with the government still seeking to address it efficiently. This is especially true when considering targets such as for 2019, when the country goes into elections, conscious of the promises made on cleaning India as a tribute to the 150th birthday celebrations of Mahatma Gandhi. The government aims to build sound SWM plants and achieve 100% door-to-door segregated garbage collection by this period.

SWM is a state subject, with the mandate of providing services relating to SWM lying with local municipal governments. Thus, there lies an impending need for the government at the Centre to prioritise SWM and handhold the municipalities to achieve excellence in the sector. The government response to this need has provided support at various levels to the municipalities under the Swachh Bharat Abhiyan, ranging from preparing tender documents to providing viability gap funding.

Also read: Why Poor Funding of Swachh Bharat Mission Since 2014 Has Put its Goals at Risk

However, it fails to address a major gap in terms of solving the user fee conundrum. There are various studies that have dwelled upon the importance of levying a user fee to ensure sustainability of services relating to SWM. Studies have also documented the constraints of local governments in successfully collecting fees to ensure a source of income and timely payments to service providers. With budgetary allocations barely sufficient to sustain basic collection and transportation services, it is critical for both the Centre and the states to develop a mechanism to address the issue of user fee collection.

The SBC achieved success at two different levels. One, it was able to align closely with the much spoken about ‘polluter pays’ principle. Two, it demonstrated to the government a fairly channelised mode of collecting a “fee”. This mechanism could have, in many ways, solved the perennial misery of municipalities relating to collecting user fees. However, as the proceeds of the fund went into the Consolidated Fund of India housed with the central government, the root problem of funding for the bodies the responsibility of SWM still remained unaddressed.

Municipalities, barring a few, are still seen grappling for funds to address issues relating to SWM. The need of the hour was to channel the SBC efficiently to the municipalities.

What the government has lost by abolishing the SBC

The government has reportedly collected Rs 16,500 crore during the two fiscal years following the SBC’s inception. In addition to the steady stream of income, the government has lost a significant instrument that has efficiently collected cess with a specific motive. Funnelling of proceeds from the SBC only for Swachh Bharat-related activities ensured government expenditure of the cess into developmental activities pertaining to the sanitation sector. Now, such work will be completely up to the government’s priorities and budgetary allocations.

Also read: Jaipur Is Doing Many Things to Do Well on Swachh Bharat Survey, But Cleaning Isn’t One of Them

With the advent of the post-GST era, revenue sharing in terms of separate allocations for the Centre and states is not a foreign concept. The government must reassess the need, structure and use of the SBC in light of the right beneficiary. If channelled wisely, this may just be the opportune moment for the government to re-introduce the SBC and make sure it is utilised to address issues, such as user fee collection for a range of services offered by the municipalities. Further, municipalities, in turn, could pass on benefits in terms of innovative incentives among resident’s welfare associations and citizen groups to kindle positive SWM practices. While the Swachh Bharat Abhiyan has a clear, progressive intent, the central government must ensure that its priorities are achieved by guiding state and municipal governments.