Soaring Crude Oil Prices Are Pummelling the Rupee. When Will the Pain Stop?

On an annual basis, India’s CAD has ballooned to a three-year high in FY22 to $37.8 billion. 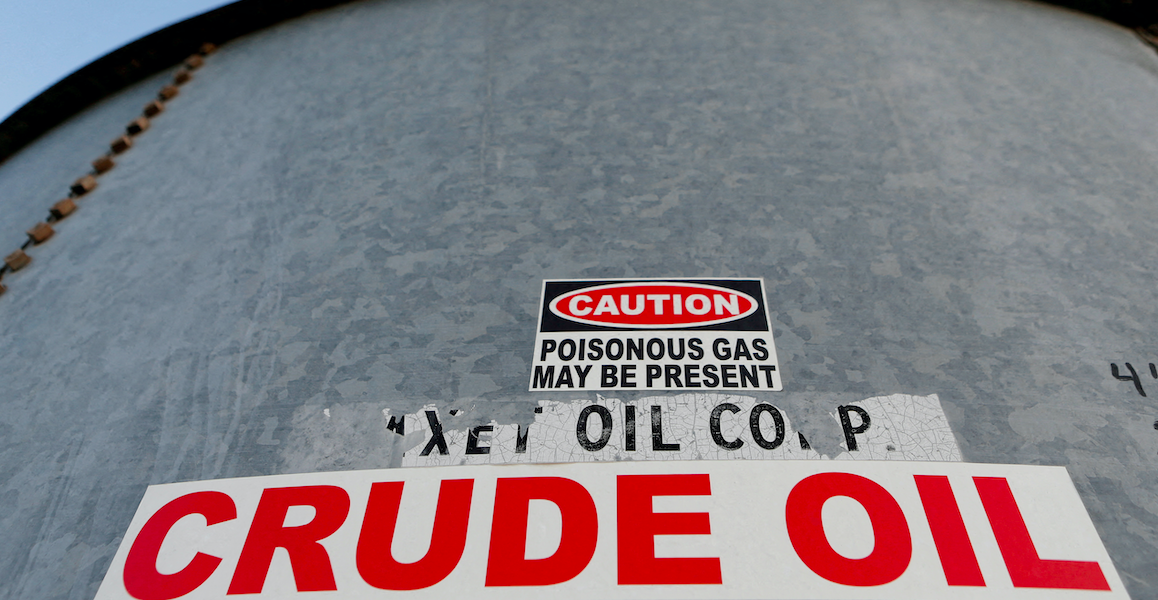 A sticker reads 'crude oil' on the side of a storage tank. Photo: Reuters/File

Mumbai: The noose of rising crude oil prices seems to be tightening around the Indian rupee.

On Friday, July 1, the INR touched a low of 79.20 against the US dollar before easing to 78.94. The going has been pretty miserable for the Indian rupee since the flaring of the Russia-Ukraine war which has led to a threatening ramp-up in crude oil prices and has consequently triggered a constriction of the country’s external balance sheet.

The situation is dire enough that economists and forex markets experts are now readily pencilling in the USD-INR at the 80-81 levels as a fait accompli.

There was paltry relief in the latest quarter, when India’s current account deficit (CAD) narrowed, albeit marginally.

But to restrict oneself to quarterly CAD figures is to miss the woods for the trees. On an annual basis, India’s CAD has ballooned to a three-year high in FY22 to $37.8 billion (1.2% of the GDP), a far cry from the current account surplus of $24 billion as seen in FY21. A large contribution to the latest CAD figure comes from the merchandise trade deficit which widened to $189 billion in FY22 from $102 billion in FY21. 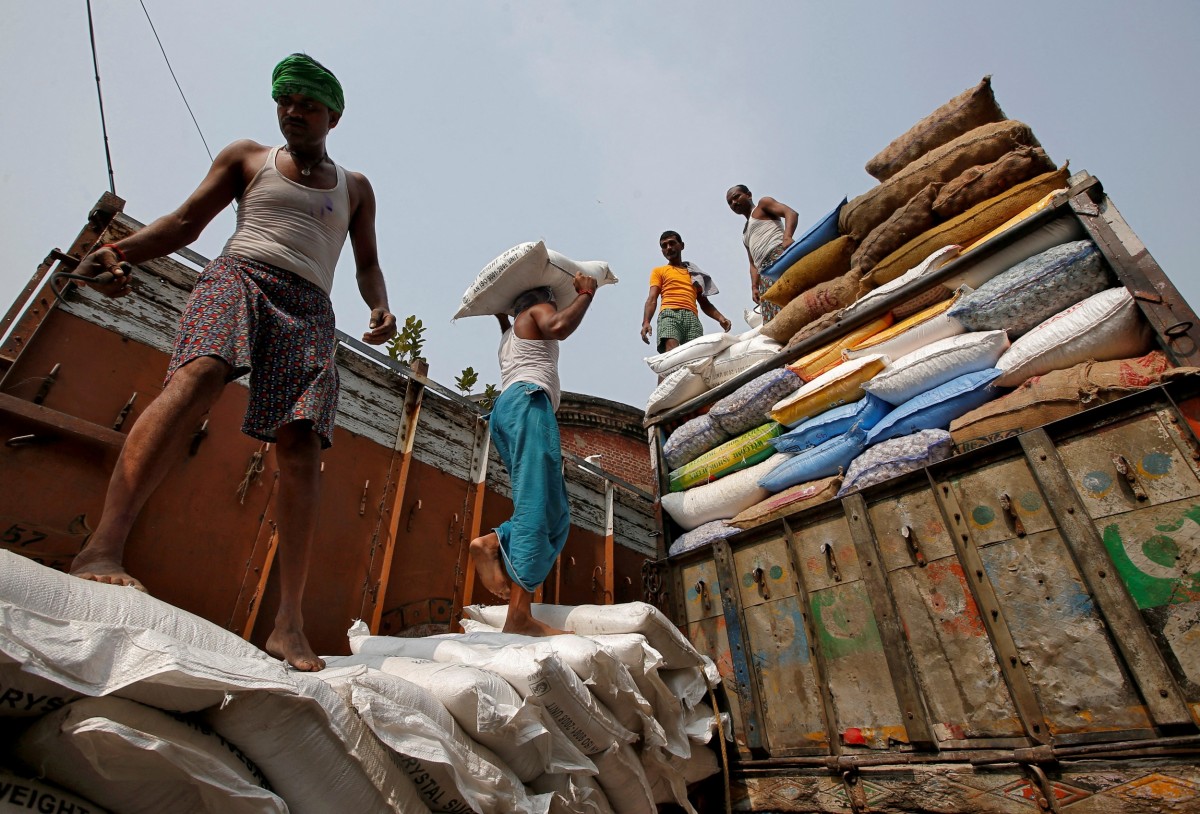 A labourer carries a sack filled with sugar to load it onto a supply truck at a wholesale market in Kolkata, India, November 14, 2018. Photo: Reuters/Rupak De Chowdhuri

While exports have risen impressively by 44% on a year-on-year basis, imports have more than kept up the pace and have outdone the former, rising by 55.3%. Another area where the damage is clearly evident is in the total accretion to foreign exchange reserves (on a balance of payments basis), which grew by $47.5 billion in FY22, half of its FY21 additions of $87.3 billion.

Meanwhile, the Federal Reserve and its rate hikes have triggered an exodus of funds from emerging markets, especially India, effectively weakening the rupee further.

Currently, the global forex landscape is undergoing tectonic shifts and the currencies of developing nations are facing the brunt. Dovish central banks like the Swiss National Bank and the Bank of Japan known for their ultra-loose monetary policies are also on the backfoot and being forced to reconsider their accommodative policies as cost inflation pressures prove to be far more permanent than earlier anticipated.

Not helping the cause of global trade is the looming spectre of a recession and the tendency of investors to rush towards the dollar as a countercyclical bet during downturns. With a global flight toward the dollar, the dollar index – which measures the might of the dollar against six other currencies – on June 14 breached a 20-year barrier of 105.5.

Meanwhile, the RBI has been busy deploying its foreign exchange reserves’ war chest to arrest the fall of the rupee. This shines through in India’s forex reserves which decreased from $633.6 billion as of Dec 31, 2021, to $593.3 billion as of June 24, 2022.

“The RBI’s large dollar sales in March 2022 (US$20.1 billion) were partially matched by the increase in the RBI’s outstanding forward position (+US$16.7 billion) in the month. Notwithstanding the recent dip, large forex reserves and the RBI’s outstanding forward position, at US$63.8 billion in April 2022, are likely to prevent a disorderly depreciation of the INR despite the global headwinds.” states an ICRA research note, while further cautioning that, “a run-up in crude oil prices from current levels poses a risk to the INR. Amidst the global headwinds, we expect the INR to trade between 77.0-80.0/US$ in the remainder of H1 FY2023.”

As far as oil imports are concerned, there doesn’t seem to be much light at the end of the tunnel for the Indian economy. Inflationary woes for the common man are likely to stretch out for long considering that possibility of crude oil prices dramatically declining or even moderating by a shade seems slim. 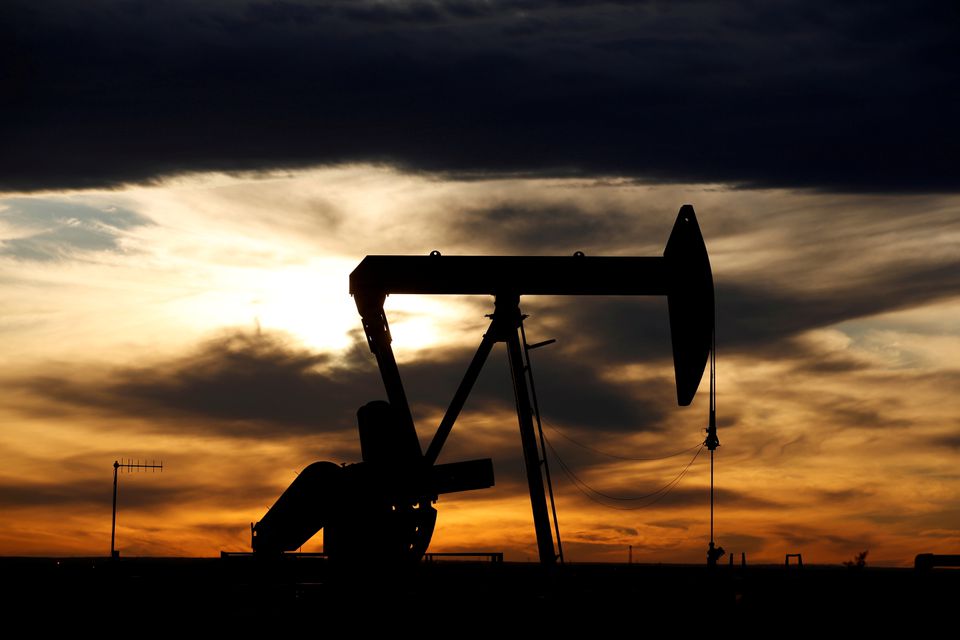 ICRA expects the price of the Indian crude oil basket to run in the range of $100-$120 for the remaining period of FY23. The rating agency estimates net oil imports to rise to a whopping $145-150 billion from $95.6 billion registered in FY22.

Another research note by Emkay Global Financial Services raised the ghost of the INR crumbling that was last seen during the taper tantrum of 2013.

Also read: Rupee’s Ride Is Only Going to Get Bumpier as 2022’s Whirlwinds Sweep Across the Economy

The research note goes on to point out that since,“hot money inflows tend to fund our consumption-oriented imports (energy, gold, electronics, machinery, chemicals, plastics etc.), a large currency overvaluation is not desirable for domestic output and employment creation”.

“Assuming that the new global energy order implies extended oil market pains, India will have to respond even more strongly in the interim, with enhanced exports and reduced imports. Otherwise, the repeat of RBI currency buffers falling to 15% of GDP (a recipe for external instability, as seen during the 2013 ‘taper tantrum’) cannot be ruled out in coming years. Thus, allowing INR to gently weaken over time is the right strategy, giving CAD space to improve. Thus, we believe the RBI may eventually let the exchange rate adjust to new realities, albeit orderly, letting it act as a natural macro stabiliser to policy reaction functions”.