While Nandan Nilekani praised Sharma for his apology, others thought it was far from enough after he had abused those raising serious concerns about Aadhaar. 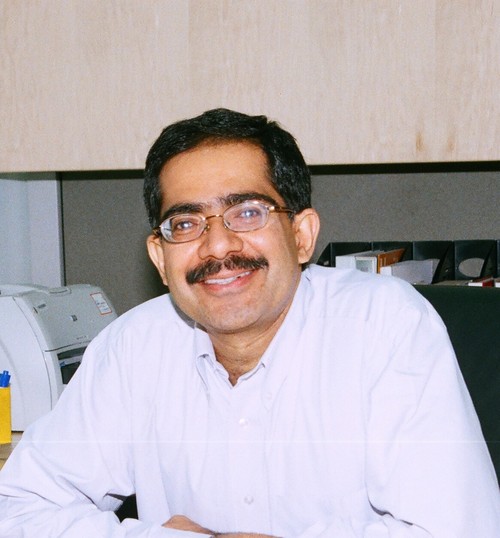 New Delhi: Sharad Sharma, one of the founders of the think tank Indian Software Products Industry Round Table (iSPIRT) who was accused of trolling people on Twitter for speaking out against the Aadhaar project using an anonymous account, has issued a public apology for his actions on the micro-blogging website.

On my flight back from the US, I reflected on my recent behaviour on Twitter…. I unreservedly apologize to all who were hurt… more below pic.twitter.com/IinZIg2yi2

“There was a lapse of judgment on my part. I condoned tweets with uncivil comments. So I’d like to unreservedly apologize to everyone who was hurt by them,” Sharma said, adding that his actions were triggered by the many attacks on iSPIRT’s reputation and personal events. “Anonymity seemed easier than propriety,” he has said. Sharma said iSPIRT’s governing council was investigating the issue and he would abide by their recommendations.

iSPIRT works closely with the Unique Identification Authority of India.

Nandan Nilekani, head of Infosys and the brains behind the Aadhaar project, praised Sharma for apologising, as did many others.

Bravo, Sharad! I am sure that the indefatigable @sharads will take iSPIRT to greater heights. https://t.co/Vw9eK8VBPX

So much to learn from you, not least about owning up, and being humble

This is very brave of you Sharad. It takes a lot to own up, but then, knowing you, I am not surprised.

Others, however, questioned whether the Twitter apology was enough and why the iSPIRT co-founder resorted to these means to bury those asking questions on data leaks and other insufficiencies. Reetika Khera, an economist who has written several articles highlighting concerns with the Aadhaar project, told The Wire that Sharma’s acknowledgment led to some important questions. “If Aadhaar is robust, why did folks at iSPIRT feel compelled to resort to such underhanded methods? Does this mean that iSPIRT will now engage – with an open mind – on the difficult questions we’ve been raising about the Aadhaar project? And what is the purpose and nature of this group (iSPIRT) who call themselves ‘volunteers’?” she asked.

Kiran Jonnalagadda, one of the founders of Internet Freedom Foundation (IFF) who first alleged that Sharma was using an anonymous handle to troll him and other Aadhaar critics, said that though a step in the right direction, Sharma’s apology didn’t really take responsibility. “While this statement is a step in the right direction, we still don’t have an actual admittance to operating the troll account, nor do we have the names of the others operating the affiliated troll accounts,” he told The Wire. “Sharad’s apology has received praise from several quarters, including from Nandan Nilekani. How about a thought for the victims of his harassment, who now stand validated?”

“The problems with iSpirt’s initiatives haven’t been addressed as well,” he added. “Just today, an iSPIRT representative made a claim at a Dubai-based technology conference that iSPIRT is open sourcing government. What does this actually mean? ‘Open source’ is a well-defined term with an explicit meaning. Where is any evidence of open source in India Stack’s components such as Aadhaar and UPI? iSPIRT has a lot more to answer for than merely trolling.”

Several people on Twitter were also dissatisfied with Sharma’s apology and Nilekani’s response to it.

And let's be honest? The *only* reason he's even apologizing is because he got caught, not once but twice. https://t.co/yzc24FwVtq

"Thank heavens for not ratting out on us and taking the blame. You will be sufficiently rewarded" https://t.co/9H3mmvQ0hl

bravo? A thank you should be enough.apologies aside,when are you going to have these fraud activities investigated? this is beyond shameful.

Nandan, please correct me if I'm wrong, but I don't think you ever condemned India Stack's troll project. So this "bravo" seems excessive.

Happens. But an unambiguous admission stating that you/iSPIRT created anonymous accts to troll anti Aadhaar folks is due along with apology.

The Wire reported last week that Jonnalagadda had alleged that one of the profiles trolling him for criticising Aadhaar – @confident_India – was apparently operated by Sharma, considered highly influential within the IT and start-up industry and a governing council member of iSPIRT. Jonnalagadda even uploaded a video that showed how the troll account could be traced back to Sharma’s cellphone number. This account had called him a “pretentious” person mouthing “highfalutin stuff” and “techno-babble”.

Sharma had earlier denied the allegations.

I've to attend to family this morn. and can't be active on Twitter. You have my word: I'm not tweeting on @Confident_India @Product_Nation

iSPIRT said in a statement, “Sharad Sharma, co-founder of iSPIRT, named in these allegations is in the US for a medical emergency in his family. As of this morning, Eastern Standard Time, Sharad has categorically denied these allegations. We will further investigate the confusion around the alleged link of mobile number and clarify all outstanding questions. For the moment, we are prioritising the well-being of Sharad and his family.”

The anonymous account had tweeted on May 17 saying it was not run by Sharma.

Hey hey hey Came back from work and wow I am @sharads sweet !!! I am not him! Wish I was 🙁