In a series of tweets, the economic affairs secretary warned that Amazon's intolerance would come "at its own peril." 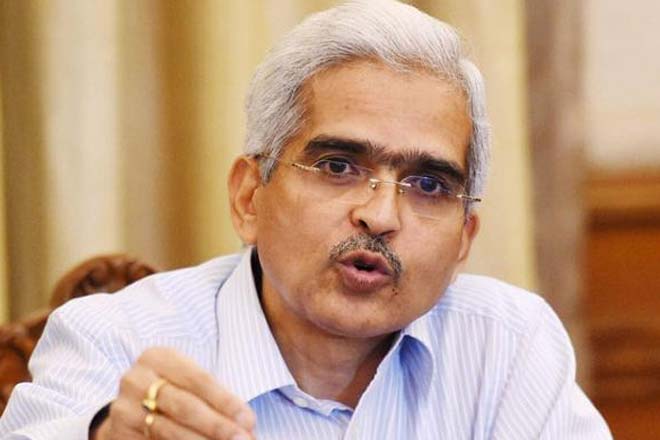 New Delhi: On Sunday, it was Economic Affairs Secretary Shaktikanta Das’s turn to publicly pipe up on the issue of online retailer Amazon selling products that used the image of the Indian flag.

Earlier this week, as The Wire reported, external affairs minister Sushma Swaraj called out Amazon on Twitter for selling Indian flag doormats on its Canadian website. Swaraj threatened the online retailer, saying that if did not apologise and immediately withdraw the offending products, the external affairs ministry would cancel the visas of Amazon officials working in India.

Das, who has been by and large the Finance Ministry’s public point-person for the Modi government’s demonetisation move, also joined in on blaming Amazon on Sunday and issued his own veiled threat.

In a series of tweets, the economic affairs secretary warned that Amazon “better behave” and that “intolerance would be at its peril”.  “Amazon better behave. Desist from being flippant about Indian symbols & icons. Indifference will be at your own peril,” his first tweet (shown below) read.

Amazon,better behave. Desist from being flippant about Indian symbols & icons. Indifference will be at your own peril.

It’s unclear at the moment if Das was referring to any specific product available on Amazon. After Swaraj’s warnings a few days ago,  Amazon quickly pulled the offending product and sent a letter to the external affairs minister which said that “to the extent that these items offered by a third-party seller offended Indian sensibilities, Amazon regrets the same.”

The economic affairs secretary, however, was quick to follow up with a two other tweets that pointed that his warning was purely as a “citizen of India”. Or, in other words, his original tweet, posted from his official Twitter account, whose Twitter bio reads “Secretary Economic Affairs, Government of India”, was just a personal opinion.

“Comment on Amazon was as a citizen of India as I felt strongly about it. Nothing more should be read into it,” Das’ second tweet read. A third and final conciliatory tweet was also posted. Appearing to be damage-control, the tweet pointed out that India remains committed to economic reforms and that government officials “sometimes get touchy when our icons are involved.”

Remain committed to economic reforms,ease of doing business & open trade.Sometimes get touchy when our icons are involved.

Das is an IAS officer of the Tamil Nadu cadre who started off his career as Tamil Nadu’s revenue and industrial promotion secretary. In the early 2000s he spent sometime in the private sector as well, mostly notably as the head of Titan Company ltd, before moving upwards. Apart from being the Finance Ministry’s face for demonetisation, issuing forth new rules and regulations about money exchange and the like, Das was most recently in the news for being allegedly involved in a controversial land allotment deal in Chennai.

Although he is set to retire in February 2017, there has been speculation that he is being considered by the Modi government for the position of SEBI chairman.

On Saturday, after social media was abuzz with pictures of ‘Mahatma Gandhi sandals’ being sold on Amazon, external affairs ministry spokesperson Vikas Swarup said that India’s ambassadors in Washington had been “instructed to convey to Amazon that while providing a platform for third-party vendors”, the company should still “respect Indian sensitivities and sentiments”.

“As a follow up to the matter regarding the sale of doormats with the Indian flag on Amazon, our ambassador in Washington has been instructed to convey to Amazon that while providing a platform for third party vendors, they should respect Indian sensitivities and sentiments,” the MEA statement said.