Only 12 of the suspected firms have been picked for forensic audit. 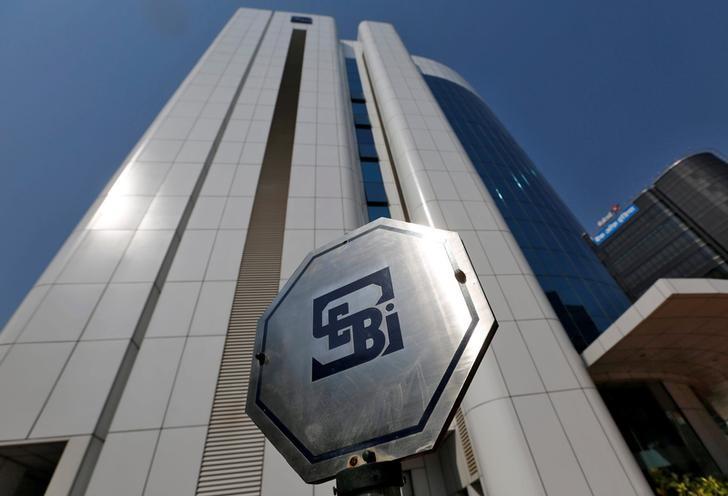 The logo of the Securities and Exchange Board of India (SEBI) is pictured on the premises of its headquarters in Mumbai, March 1, 2017. Credit: Reuters

Mumbai: Three months after suspending trade in 331 suspected shell companies, the capital market regulator, the Securities and Exchange Board of India (SEBI), has decided to take the investigation forward, but through forensic of only ten to 12 firms.

According to sources, the stock exchanges have examined the credentials provided by these firms and submitted their report to the market regulator. After analysing the report, SEBI has picked only two companies out of the 48 suspected firms listed on the National Stock Exchange (NSE) for audit. Only eight companies out of 162 on the BSE have been picked for audit.

Sources say the rest of the firms have been given a clean chit in the matter, after verifying their documents.

“Barring 12 companies, who have got relief from the Securities Appellate Tribunal (SAT), the NSE has sought details from 36 companies to verify credentials and fundamentals.”

“Documents to be submitted by these firms include the auditor’s certificate, annual income tax returns for three years and description of pending tax disputes. Companies were also asked to provide status reports on compliance with the Companies Act and SEBI’s listing regulations,” said a person privy to the development.

After examining the documents, companies have also been given a personal hearing. Based on the facts, the report has been submitted to SEBI, he added.

The exchanges had appointed a panel of auditors to conduct forensic auditing. Sources said it would take a few months to conclude the auditing of the shortlisted firms.

“Of 331 companies, 48 are listed on the NSE. Of this, 34 companies are active and 14 companies have been suspended. SEBI has directed the NSE to conduct forensic audit on two companies – ARSS Infrastructure Projects and Nu Tek India. The NSE has initiated the audit. For the remaining 22 companies, examination of documents submitted by them is in process,” said an NSE spokesperson said in an email response. Emails sent to SEBI and the BSE did not elicit any response.

Experts said the outcome isn’t surprising as the action initiated by SEBI was not after an investigation or findings.

“SEBI’s does not disclose on what basis the Ministry of Corporate Affairs (MCA) has classified these companies as ‘shell companies’. This has created confusion among stakeholders of the respective companies. SEBI should have properly communicated the criteria or the event on the basis of which they suspended trading in these forms. This is unfair to the companies, especially the minority shareholders,” said Shriram Subramanian, managing director, Ingovern, a proxy firm. On August 7, the market regulator had directed the exchanges to suspend the suspected firms. The 331 companies were identified by the MCA.

The regulator was of the view that those firms identified as shell companies and sent for forensic audit could be potentially involved in the misrepresentation, including of their financials and businesses in violation of listing regulation. SEBI had also directed that trade in all the listed securities shall be placed in Stage-VI of the Graded Surveillance Measure with immediate effect.

However, the SAT temporarily stayed the trading ban on 12 companies who approached the tribunal. After demonetisation, the government has claimed to deregister and shut down more than 175,000 shell companies.