With the industrial output shrinking by 0.3%, the new numbers raise questions of whether the Indian economy has turned a corner. 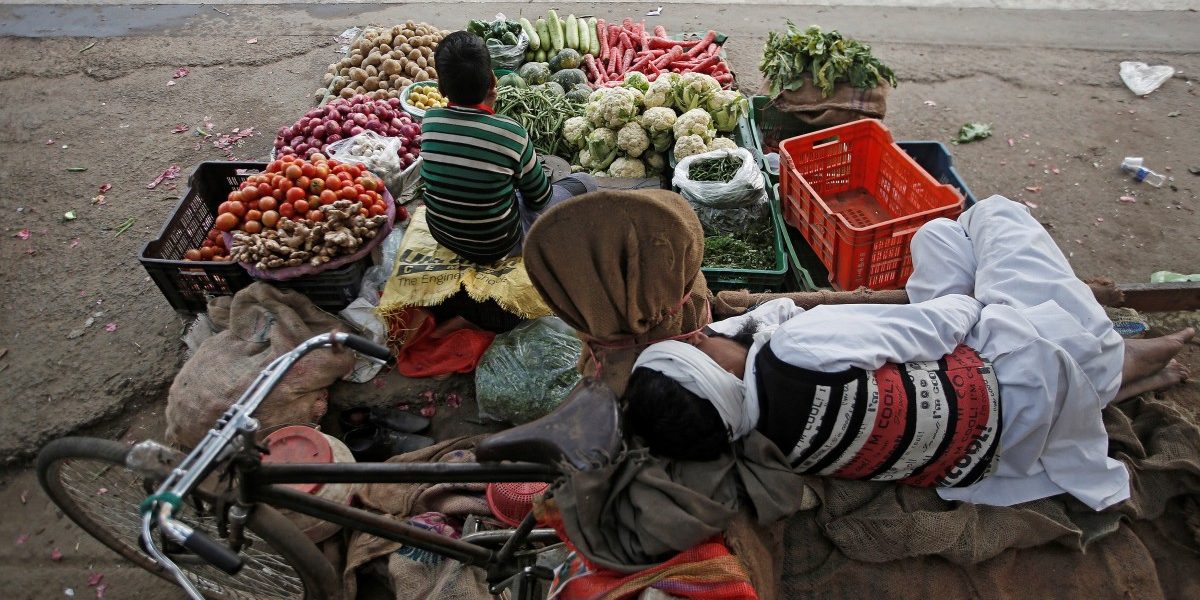 A vendor sleeps as his son waits for customers at their roadside vegetable shop in New Delhi, February 12, 2019. Photo: Reuters/Adnan Abidi/File Photo

New Delhi: India’s retail inflation rose to a nearly six-year-high in January 2020, according to government data released on Tuesday evening, at 7.59%.

Meanwhile, a separate set of data showed that the Index of Industrial Production shrunk 0.3% in December 2019, compared with an increase of 1.82% in November 2019.

Both sets of numbers will prove to be worrisome for the Narendra Modi government, with the IIP data in particular raising questions over whether the Indian economy has fully turned a corner and has started to witness ‘green shoots’.

According to government data, Consumer Price Index (CPI) inflation stood at a whopping 7.59% last month, slightly higher than the previous high of 7.35% that was recorded in December 2019.

The primary culprits include vegetable prices (50.19% in January) as well as other key food items such as meat, milk, pulses and cereals. Outside the food and beverages category, inflation in ‘transport and communication’ rose to 6.08% from 4.77% in December.

This is the second straight month in which retail inflation has breached the upper-end of the Reserve Bank of India’s (RBI) comfort level of 2%-6%. The last reading of 7.35% in December 2019 prompted the central bank to vote not to cut rates last week.

Core inflation, which strips out the more volatile components like food, nevertheless remains low, with even housing inflation staying steady at 4.2% in January 2020, compared to 4.3% in December 2019.

The IIP data is perhaps more concerning as it runs contrary to an up-tick other indicators like the Purchasing Managers’ Index (PMI), all of which had prompted a few government economists to state confidently that the economic slowdown had bottomed out.

According to government data, the output of 16 of the 23 industry groups in the manufacturing segment – which makes up over 75% of the index – contracted in December 2019.

Manufacturing output contracted 1.2% in December 2019 after growing 2.7% in the previous month, while mining output rose 5.4% in December compared with a growth of 1.7% in November 2019.

Production of both capital goods (18%) and consumer goods (fast-moving and durables) declined in December 2019. In a statement, CARE Ratings chief economist Madan Sabnavis said that this was a reflefction of both low investment activity due to low capacity utilization and low demand due to stagnant household incomes.