Inside India’s Twist of the Yield Curve

A positive move from the RBI, aimed at tackling the impediment surrounding transmission and helping the overall bond market, we may see more such operations in 2020. 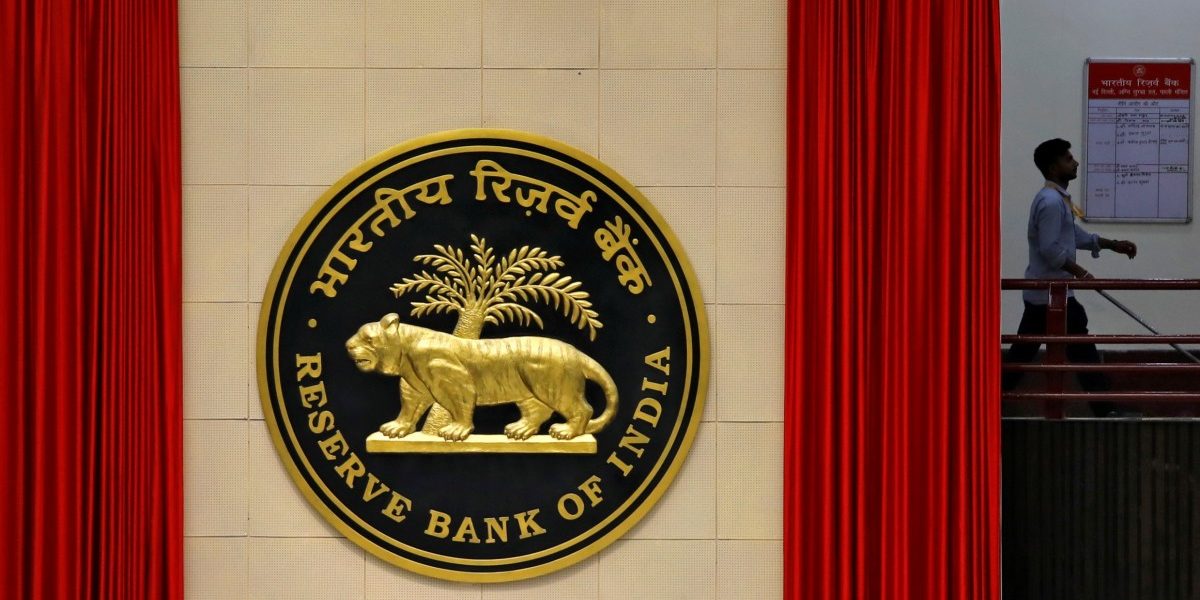 Since February 2019, the central bank has slashed policy rates (i.e. the repo rate) by 135 bps from 6.5% in January 2019 to 5.15% in December 2019. The reduction in lending rates by the banks has not been commensurate, partially acting as an impediment to kick-start the investment cycle in the economy.

Despite the central bank’s efforts to bring about effective transmission by flushing liquidity into the banking system via open market operations and implementing the external benchmarking of interest rates, the transmission of policy rates have been less than satisfactory. This is an indication that the problem lies somewhere else which can be categorised into a demand side concern for business entities or a supply side concern of lack of risk appetite by lenders and high term premia.

In order to address the problem of term premia, the RBI, taking cue from the Federal Reserve, has announced India’s version of ‘Operation Twist’. To put it simply, the central bank is going to simultaneously sell and buy government bonds in order to bring down interest rates and stimulate the economy.

The first time the idea of “Operation Twist” propped up was in 1961 when the US Federal Reserve sold short term bonds and purchased long term government bonds to flatten the yield curve and stimulate the economy.

A similar operation was re-introduced by the US Fed post the 2008-09 financial crises subsequent to its policy action of zero interest rate and quantitative easing program. This operation derived its name “Operation Twist” from a 1961 song by Chubby Checker which was titled ‘Let’s Twist Again‘.

The underlying premise to be understood before getting clarity on the rationale of this operation is that bond prices and yields are inversely related. In addition, it is also important to know the shape of a normal yield curve which is a gradually upward sloping curve and measures the yields of different maturities. So in simple terms, when one buys bonds, the price of the bond will increase while the yields will go down. Exactly opposite is the case when one sells bonds, the price of the bond will decrease while the yields will increase. Add to this the understanding of term premia which is the difference between the yields of a longer-maturity bond and short term risk-free interest rate and means the compensation to be paid to investors for holding the instrument for a longer time period.

Why has term premia stayed high in India?

The chart below compares the monthly weighted average 10 year GSec yields with the repo rate and computes the term premia for each month during this fiscal. The repo rate has seen a sustained decline of 135 bps during this calendar year. It is important to note the spike in case of the term premia since July which has been predominantly on account of an increase or sticky weighted average 10 year GSec yields. Though the yields from 7.44% in January, 2019 to 6.47% in August, 2019, they have recorded an increase since then. The reason for the stickiness in GSec yields can be attributed to expectation of the fiscal deficit surpassing its budgeted estimate and dwindling savings in the economy, making it difficult to meet the borrowing requirement of the government. 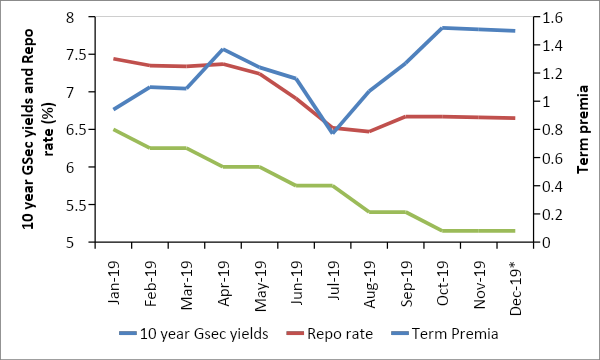 Rationale behind the Twist

Given this basic background, the rationale behind this operation is to push up-the short term yields and drag down the long term yields. With this, the gap between the short term and long term will reduce indicative of fall in the term premia. Lower term premia in turn could have a positive bearing on interest rates in the banking system and corporate bond yields.

On December, 19 2019, the RBI announced that it will simultaneously purchase and sale government securities aggregating Rs 10,000 crs each. The auction which took place on 23 December showed that RBI was able to buy the entire Rs 10,000 crores worth instrument; but there was a shortfall of Rs 3,175 crores while selling the short term papers. In short, RBI initially sold GSecs and garnered Rs 6,825 crores and then had to pay Rs 10,000 crores to purchase the long term GSecs. The RBI on December 26, 2019 has again announced the same operation to achieve the stipulated objective of reducing the term premia.

How have yields reacted?

In addition to the fall in 10 year GSec yields, the 10 year weighted average corporate bond spreads in the secondary markets for AAA rated bonds have also declined from 1.18% on December 2 to 0.93% on December 24. 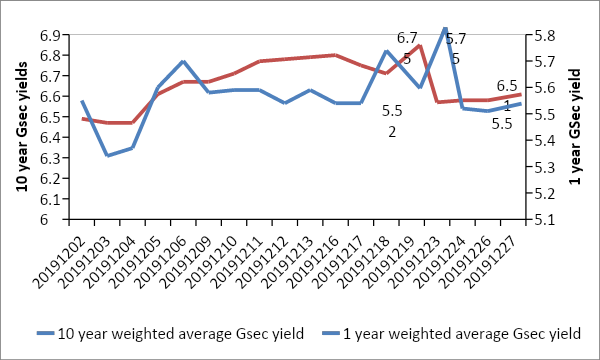 This development from the RBI is a positive move towards tackling the impediment surrounding transmission and for the overall bond market and in the next few months, we could see more such operations. However, the primary concern around this remains in the quantum of fiscal deficit, glimpses from monthly government account numbers can aid in forecasting the yearly number.

If this remains high, twisting the longer term end of the yield curve would continue to be a challenge. Till that happens, the bond market can dance to the tune of popular Bollywood track from Love Aaj Kal “And We Twist…We Twist!”

Sushant Hede is an Associate Economist at CARE Ratings. Views expressed are personal.