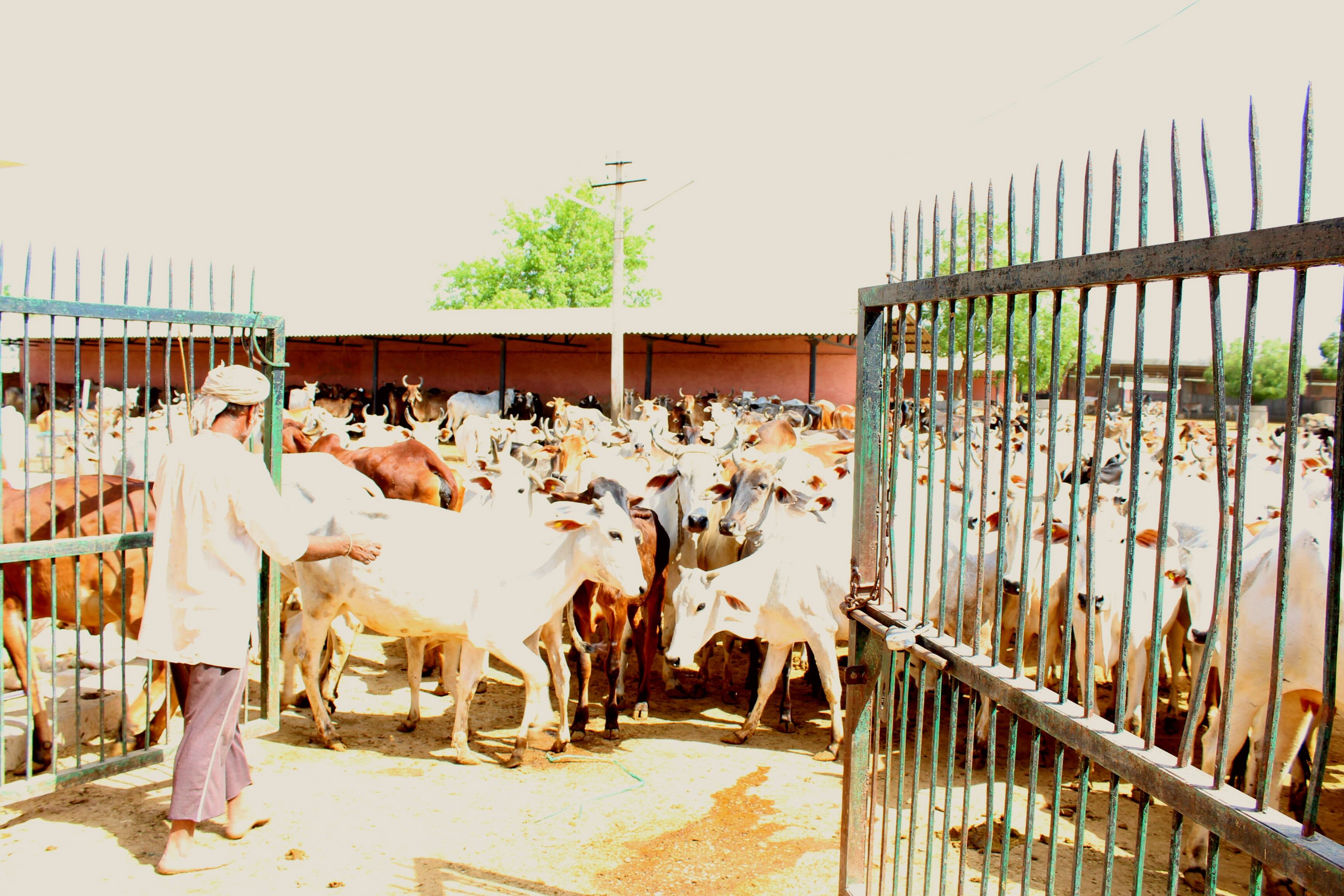 Hingonia, Jaipur: “It seems that the country has stopped thinking about humans, only cows matter now,” said Mamta Kailash (25), who recently fractured her hand after a cow hit her while she was cleaning dung in a shed (bada).

Kailash works at the Hingonia Gaushala in Rajasthan’s capital Jaipur, which lies just 160 km from Alwar, where 55-year-old Pehlu Khan was lynched by vigilantes while he was transporting cows for his dairy farm.

Even as the BJP-led Rajasthan government strengthens cow protection laws (the state introduced a surcharge for cow protection on all non-judicial instruments last month), the people who look after the cattle remain unprotected and underpaid. “I work in the gaushala as my husband’s income is not enough to support our family. Ever since my injury one month ago I have not able to go to work and earn. It is getting difficult to manage our living now. There are no paid holidays even in case of accident injuries for us,” Kailash said.

Another gaushala worker, Santi (28), was seriously injured after a cow pierced her abdomen with its horns. She was rushed to a private hospital by her colleagues, where timely treatment saved her life. Accidents like these are common in the Hingonia Gaushala, where the cow to worker ratio is 54:1. Sources said 13,166 cows are looked after by 240 workers.

The gaushala conditions have deteriorated despite Rajasthan being the only state with a dedicated ministry for cow welfare. Every day, approximately 100 stray cows are brought to the gaushala by the Jaipur Municipal Corporation. After mismanagement in the gaushala was exposed in October 2016, the Rajasthan government was forced to outsource its maintenance to the Akshaya Patra Foundation. Gaushala workers told The Wire that there has been a substantial decrease in the number of workers after the change in management. When asked, the foundation didn’t provide any data on the workers before they took over.

“There used to be 10 workers per shed before but now it has been reduced to seven. Earlier we used to have extra workers in the Gaushala who worked in place of those on leave. In case any worker is on leave now, we are forced to work in their place along with the fixed shed we work in. Our work has doubled but the salary is still the same,” said another worker Kalli Tarachand, who was removed from her job a day after she spoke to The Wire. 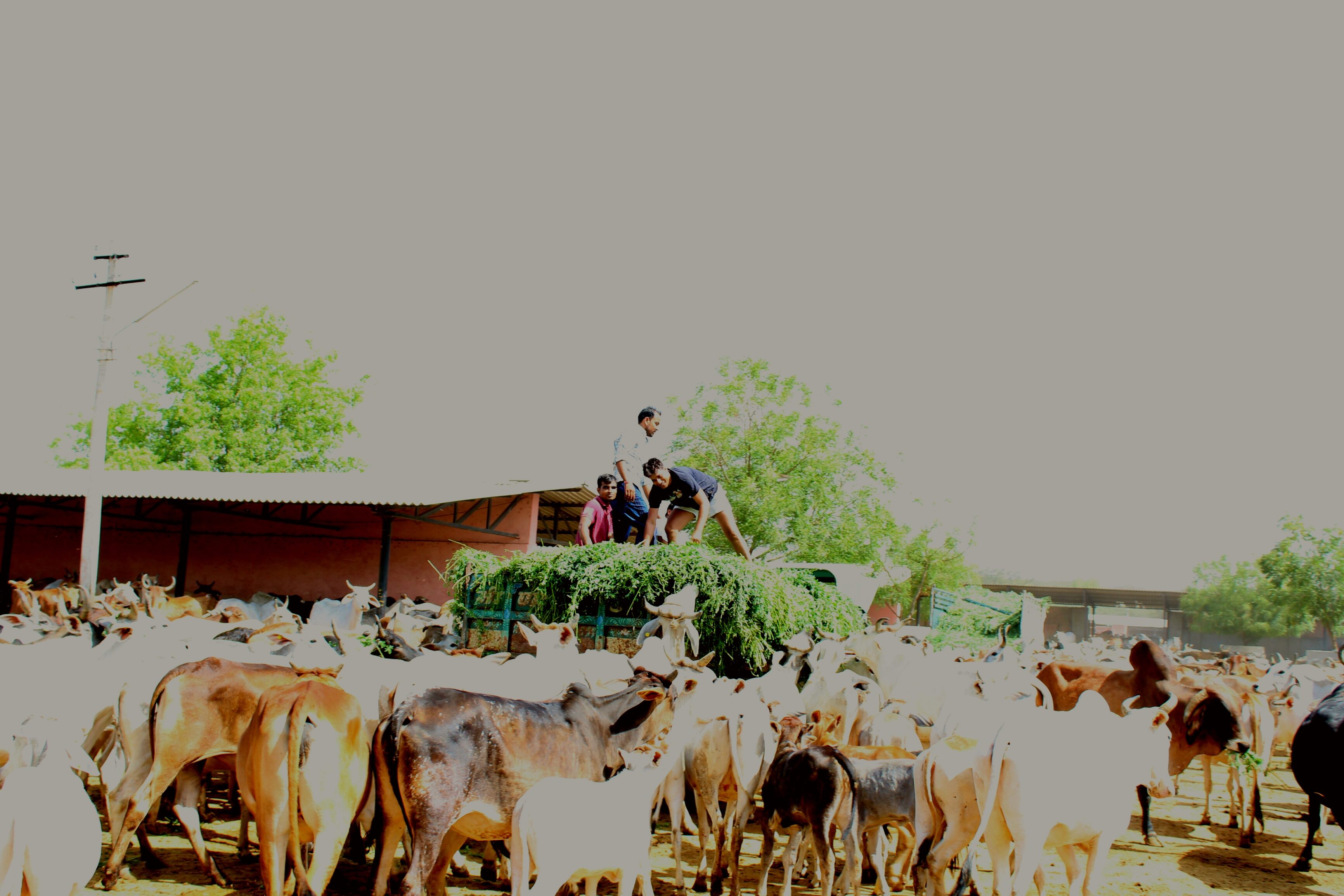 Workers feeding cows in one of the sheds at Hingonia Gaushala. Credit: Shruti Jain

The foundation has initiated steps to improve the condition of cows like segregation of bulls, weak and diseased cattle, vaccination and supply of improved quality of dry fodder, green fodder and cattle feed in the gaushala. The death rate of cows has since reduced from 15% to 6.9%, but the issues of the workforce remain unresolved. 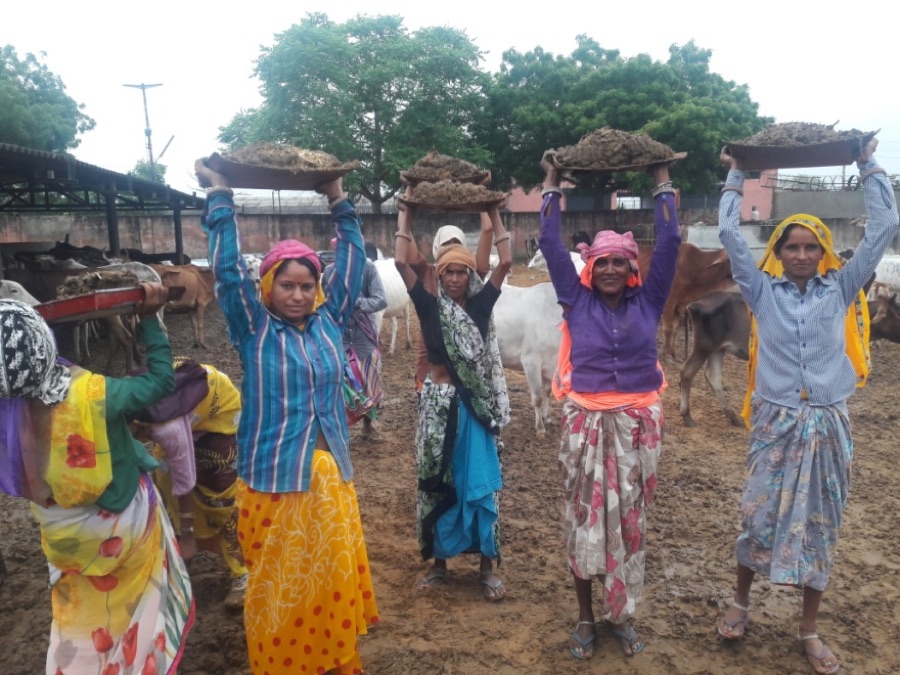 Under the Employees’ State Insurance (ESI) Act, Indian workers who earn Rs 21,000 or less per month are entitled to free medical treatment as well as cash payment in case of temporary or permanent disablement as a result of their work. Employees can avail of healthcare services at clinics and hospitals run by Employees’ State Insurance Corporation by contributing 1.75% of their salaries.

Aadhaar was linked to the ESI last year, but till date, the foundation has not issued Aadhaar-linked ESI forms to every worker, despite them contributing their share. Allotting cards to the workers is the employers’ responsibility. No ESI dispensary entertains a patient without an Aadhaar-linked ESI form, forcing workers to bear the expense of their treatment.

“All the labourers working in the badas are covered under the ESI and in case of accidental injury, they are sent to ESI hospital for treatment,” Radha Priya Das of the Akshaya Patra Foundation told The Wire. 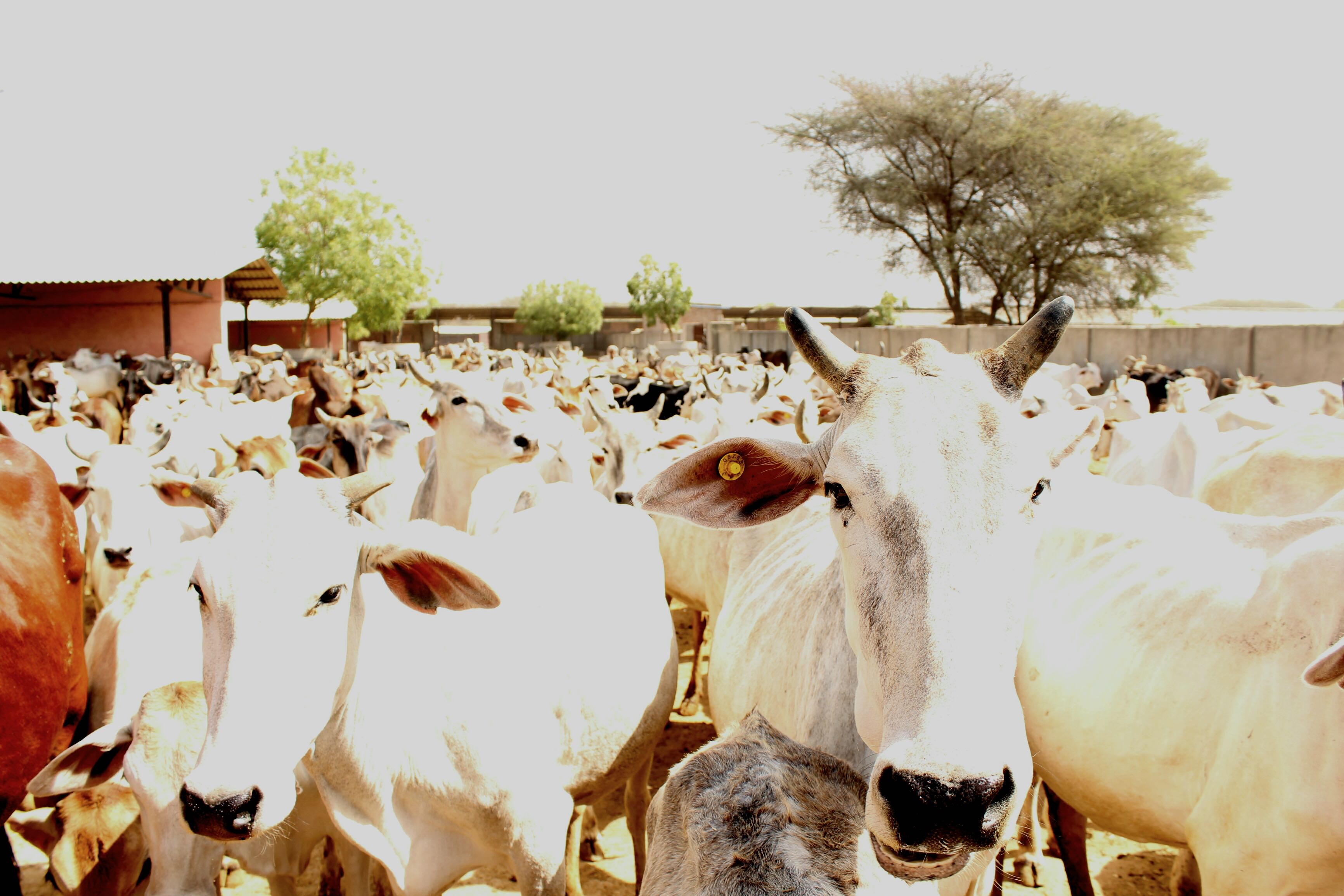 A large number of cows are accommodated in one shed in the gaushala. Credit: Shruti Jain

When The Wire contacted the ESI branch office in Jaipur, a senior official, who did not wish to be named, said that the department has listed the Jaipur Municipal Corporation as a defaulter, as it had not paid the ESI share against the Hingonia Gaushala code. The department is investigating whether the foundation deposited money in the name of some other enterprise. The official insisted that providing ESI cards to the gaushala workers was the foundation’s duty and if they did not comply, a complaint could be registered against them.

Where does the money go?

According to gaushala employees, it is not as if the Akshaya Patra is short of funds. They claim the foundation has started leasing out the gaushala’s land for growing fodder. Moreover, the amount earned after selling milk and other cow products from the gaushala is kept by the foundation.

“No fodder is purchased on Sundays as people turn out in large number to donate fodder to the gaushala on that day,” said workers at the gaushala. The state government also pays Rs 70 per day per adult cattle and Rs 35 per day per calf for the fodder, labour salary and maintenance of the centre.

Lost in the nationwide debate over cow protection and beef bans is the plight of workers serving the cows in gaushalas like Hingonia. Hingonia’s workers went on strike twice – in July and October last year – demanding their pending salaries and additional safety benefits. “The death of a large number of cows last year drew the media’s attention to the already dysfunctional gaushala, but the cows got all the sympathies and our needs were neglected,” said Ramavtar.