While GDP growth was 6.1%, belying market expectations, gross value added (GVA) growth slowed even more sharply in the fourth quarter to 5.6%. Sectors such as manufacturing and construction also took a sharp hit. 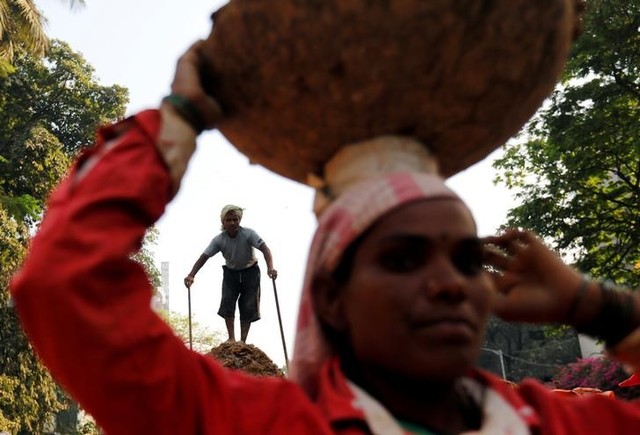 New Delhi: India’s economy grew 6.1% in the three months through March from a year earlier – slowing from a provisional 7.0% in the previous quarter – government data showed on Wednesday.

This is much lower than the forecasts for annual growth of 7.1% in the January-March quarter, reflected in a Reuters poll.

While gross domestic product (GDP) growth was 6.1%, gross value added (GVA) growth – a metric that more economists now favour as it excludes indirect tax collection – slowed even more sharply in the fourth quarter to 5.6%, compared to 6.7% in the third quarter.

Growth for FY 20160-17 came in at 7.1% – despite the fact that all data released today captures the impact of the revised WPI and IIP series, which was widely expected to boost the growth numbers.

In a press conference on Wednesday, responding to a number of questions on whether the lower growth in the fourth quarter seen was because of demonetisation, chief statistician T.C.A Anant said that notebandi was only one of many policy factors that could have led to the slowdown in growth.

“It would be difficult to state whether this [demonetisation-caused slowdown] is causal. All policy decisions by the government have some effect on growth rate. Demonetisation is one of them. It is not so straight forward to link third quarter and fourth quarter GDP numbers to demonetisation. Other dynamics should be kept in mind too,” Anant said.

Two key aspects of economic health – gross fixed capital formation and private consumption (as a percentage of GDP) – also slowed down marginally to 28.5% and 57.3% respectively in the fourth quarter when compared to the third quarter.

Most market analysts were disappointed with the numbers. Varun Khandelwal, managing director of Bullero Capital, in a statement, said, “Q4 GDP number was a bit disappointing. Since listed companies have reported a slowdown in their earnings for Q3 and Q4, I expect the data to be revised downwards. The most significant imbalance in India’s growth story is the paucity of job creation. The demographic ‘dividend’ is slowly turning into a ‘tax’ as more young people enter the workforce, while the pace of job creation is meagre. It is critical that policy makers focus on a more equitable distribution of growth for the long-term socio-political stability of the country.”

Philip Capital economist Anjali Verma, in a statement, pointed out that “it looks pretty tepid”. “GVA [gross value added] at 5.6% is weak, except for public administration and some bit on agriculture. Everything else is very, very weak. Manufacturing is pretty tepid, construction continues to remain very weak despite all the things the government has been saying. It’s not looking good. The numbers are not at all good. This data is closer to the ground reality than the previous ones. Going ahead, I think one key factor will be the banking sector. That’s dragging growth substantially. I am surprised why there is still no growth coming in construction, but I think with housing impetus it should happen gradually.”

Similarly, the construction sector, which many analysts thought would do better as the effects of demonetisation receded, registered negative GVA growth in the fourth quarter (-3.7%).

There are two reasons for this, according to Care Ratings chief economist Madan Sabnavis. The first factor was that there was indeed some impact from demonetisation both on the supply and demand side. The effect on the construction sector, Sabnavis said, was “the direct impact coming from real estate”. “There should have been some compensation coming from the government in terms of spending,” Sabnavis told BloombergQuint.

The second reason for the slump in some sectors, such as financial services, is the impact of the new WPI series. This is why when the GVA growth for sectors – such as “financial and professional services” is looked at “current prices”, the slowdown doesn’t appear to be that sharp.

In a note circulated hours after the GDP numbers were made public, SBI chief economist Soumya Kanti Ghosh pointed out that the Indian economy was in “slowdown mode from Q2 FY’17 itself” and that this has accelerated in Q3 and Q4. Striking a slightly contrarian view, Ghosh notes how the Q4 slowdown could be partly explained by price impact.

“In nominal terms, GVA did expand in Q4 by 11.3% , but in real terms because of a higher GVA deflator (5.4%), the real GVA growth slumped to 5.6% in Q4. Interestingly, a closer look at the data reveals that the GVA deflator for the mining sub-sector expanded by a whopping 25%. In a nut shell, the GDP slowdown is a both pre and post demonetisation phenomenon,” the SBI note states.