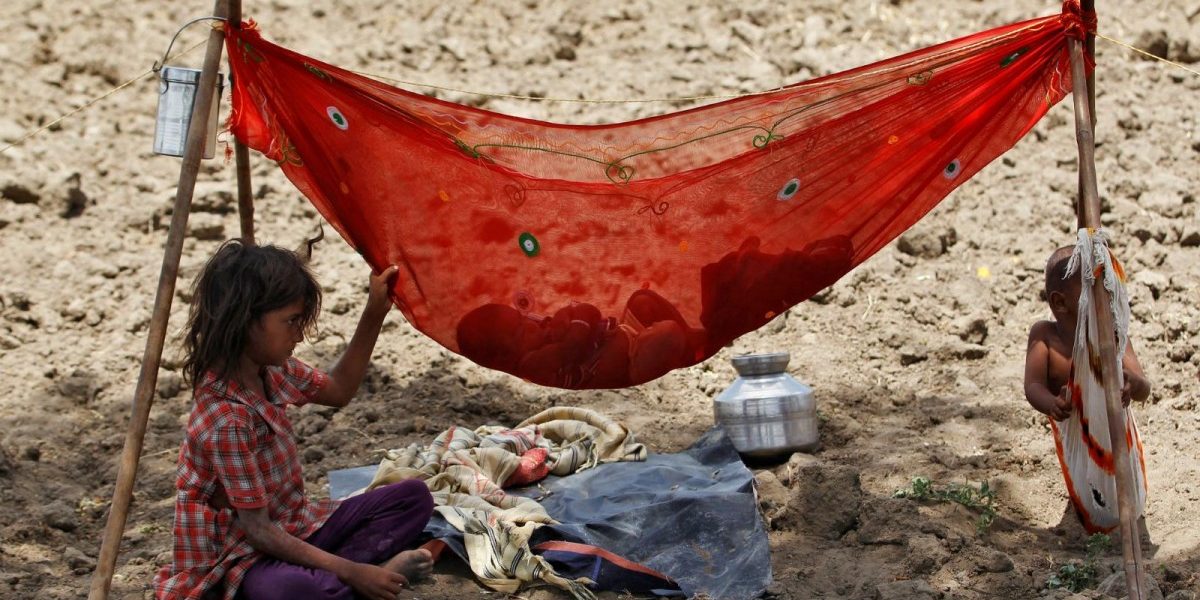 India’s MPI stood at 0.121, 53rd in a list of 105 developing countries which were studied. Credit: Reuters

New Delhi: In 2005-06, 55% of India’s population suffered from multidimensional poverty – a poverty index that draws from ten deprivation indicators related to health, education and living standards. That figure came down to 27.5% in 2015-16, according to a recent report on the Global Multidimensional Poverty Index (MPI) released by the Oxford Poverty and Human Development Initiative and United Nations Development Programme (UNDP). “Thus, within ten years, the number of poor people in India fell by more than 271 million – a truly massive gain,” the report read.

India’s MPI stood at 0.121, 53rd in a list of 105 developing countries which were studied. African nations Niger, South Sudan, Chad, Ethiopia, Somalia have fared the worst on the MPI with more than 60% of their populations categorised as ‘severe poor’.

Also read: Global Poverty Is Far More Extensive Than the World Bank Would Have Us Believe

Data for India was taken from the National Family Household Surveys 2005-06 and 2015-16. The intensity of multi-dimensional poverty, a measure that shows the average proportion of weighted indicators in which people are deprived, saw a less substantial decline than the overall MPI. It fell from 51% in 2005-06 to 44% in 2015-16.

In Bihar, 52% of the population continues to be multi-dimensionally poor, with 22% of its population living under severe poverty, where the intensity of poverty is higher than 50%.

Alirajpur, a district located on the western border of Madhya Pradesh, is the most deprived district in India with 76% of its population under multidimensional poverty.

The rate of reduction of poverty has been the highest in states that had relatively lower poverty levels to begin with. Kerala, well-known as an outperformer compared to other Indian states when it comes to human development indicators, performed the best. The annual rate of decline of poverty in Kerala between 2005-06 and 2015-16 was 22%.

States that had higher populations living in poverty in 2005-06 also performed the worst in reducing poverty levels. Bihar saw an annual rate of decline of 3.8%.

Jean Dreze, noted development economist who has over several decades studied various facets of poverty in India, argues that higher rates of poverty reduction in states like Kerala, Himachal Pradesh and Tamil Nadu are due to better implementation of social schemes in these states.

“These states have implemented social sector schemes more effectively. Consequently, we have seen that they have fared better on different indicators,” Dreze told The Wire.

“We have seen that effective implementation of schemes like MGNREGA, mid-day meal scheme and public distribution system has a positive impact on reducing deprivation,” Dreze added.

Leading up to the 2014 Lok Sabha elections, Narendra Modi projected himself as having changed the fortunes of Gujarat during his tenure as chief minister. In particular, he argued that the Gujarat economy had performed better than other states.

However, according to the global MPI report ­– which studies a period during most of which Modi was the chief minister – Gujarat has performed worse than Rajasthan and Chhattisgarh – two among India’s ‘Bimaru’ states ­– in terms of the rate at which poverty has declined. The annual rate of decline was 5.72% in Gujarat, as against 6.34% in Chhattisgarh and 6.46% in Rajasthan.

Also read: Digging Through India’s Dirt, But Not Knowing What to Do With It

In 2005-06, four states ­– Haryana, Maharashtra, Uttarakhand and Gujarat – had 39% of its populations under multidimensional poverty. Among these states, Gujarat has performed the worst in reducing poverty levels. Twenty-one percent of the population was under multidimensional poverty in 2015-16, compared to 17% in Uttarakhand and Maharashtra and 11% in Haryana.

“If we look at Gujarat as compared to other states which were at a similar level, it has not performed that well. It comes around the middle in most indicators,” said Dreze.