According to the railways minister, the reduction in jobs just shows that more and more young people want to be entrepreneurs. 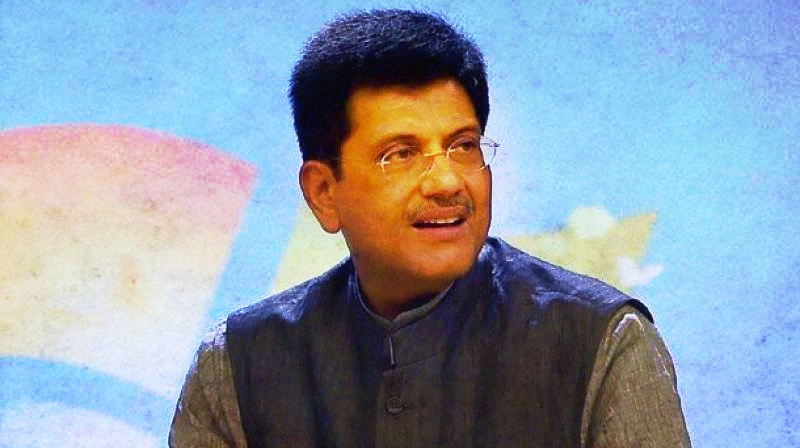 New Delhi: While most people in the country are concerned about layoffs, job losses and the lack of employment generation, and the impact this is having on India’s young people, railways minister Piyush Goyal seems to think the decrease in employment opportunities is a “very good sign”. His logic suggests that young people are using the proverbial lemons life is throwing at them to make not lemonade, but gajar ka halwa.

At the World Economic Forum’s India Economic Summit on Thursday, industry executives expressed concern about the country’s employment situation. Bharti Airtel chairman Sunil Mittal talked about how India’s top 200 companies had made “significant” reductions in their workforce in the last few years. “If these top 200 companies are not going to generate jobs, it’s going to get harder and harder for the whole business community to pull society along with it,” Mittal said. “And then, you will leave millions and millions behind.”

But Goyal wasn’t having any of that. Interjecting, he said, “Can I just add a little bit just to change the perspective from what Sunil had mentioned?… What Sunil just spoke about companies bringing down their employment is a very good sign, in fact. The fact [is] that today, the youth of tomorrow is not looking to be a job seeker alone. He wants to be a job creator. The country today is seeing more and more young people wanting to be entrepreneurs.”

Where do Goyal’s beliefs come from? Is there evidence that shows young people, after losing their jobs, are immediately filled with a new-found energy (not to mention the capital needed) to start something of their own? And even if they do, are they likely to be able to stay in the game for the long haul?

The Indian Express recently put together data from different sectors on the number of jobs that had been lost – and the picture that emerged of entrepreneurship was not at all pretty. In addition to everything else, a total of 212 startups shut down in 2016, 50% higher than the previous year. And this trend has continued into 2017 – Stayzilla and Taskbob are two of the biggest names to have called it a day.

Not surprisingly,  these numbers aren’t really generating a lot of hope in the young entrepreneurs of India that Goyal is so excited about. According to a Livemint report, the first nine months of 2017 saw just 800 startups come into being, while all of 2016 had seen 6,000. If the thousands of people losing their jobs are really that enthusiastic and financially able to get their own initiatives up and running, that number should be going up, not down. Startup investments have also been low in both years, the report says. “While the amount of start-up funding so far this year has already exceeded last year’s levels, the volume of deals is lower, according to data from Tracxn. Start-ups have raised roughly $8 billion in the first nine months of the year, compared with $4.6 billion in all of 2016, Tracxn data shows. The volume of deals, however, has dropped to 700 compared with more than 1,000 in 2016, according to Tracxn”.

Also read: Reality Check – Is Modi Turning Into a Caricature of Himself?

In an interview to The Wire last week, BJP leader and former finance minister Yashwant Sinha described as “untenable” the claims made by BJP president Amit Shah and other party leaders about the government’s Mudra scheme creating millions of jobs through entrepreneurship and self-employment:

Do you know what the average loan amount is of all those millions of people [under the Mudra scheme]? Eleven thousand rupees! And you tell me, in today’s day and age, what kind of business can be set up with 25 thousand rupees, 50 thousand rupees?… The party president said that all these 80 million people today are self employed which means we have created 80 million job opportunities. This is absolutely untenable.

Earlier this year, mental health startup YourDost said that job insecurity is one of the major causes behind depression and anxiety among young workers across sectors. The group hosted a three-day counselling campaign for those who had been recently laid off or feared that it may be in the making. “In a span of three days – between June 29 and July 1 – it received over 1,000 enquiries, including 260 calls and around 800 chats, a majority of them reporting depression and anxiety,” Tech in Asia reported. While a large number of those calling were from the IT sector, there were others as well. “65% inquiries were from professionals who had been laid off or were insecure about their job stability, given the uncertainty in the industry. 43% professionals were from the IT sector; a few from healthcare, pharma, manufacturing, and e-commerce industry,” the YourDost study says.

But for the railways minister, apparently, the impact that layoffs and the lack of alternatives can have – both of which are pretty well documented – is invisible. Because, like the ever-optimistic Marie Antoinette and her unfaltering belief in the value (and availability) of cake, it seems Goyal doesn’t want to see that there just might be a very real problem out there.