One Year Down the Line, India Still Waits for a 'Good and Simple' Tax

The Goods and Services Tax has failed in its objective of formalising the economy and has exacted a heavy toll on small businesses and exporters, impacting economic growth and indirect tax collections. 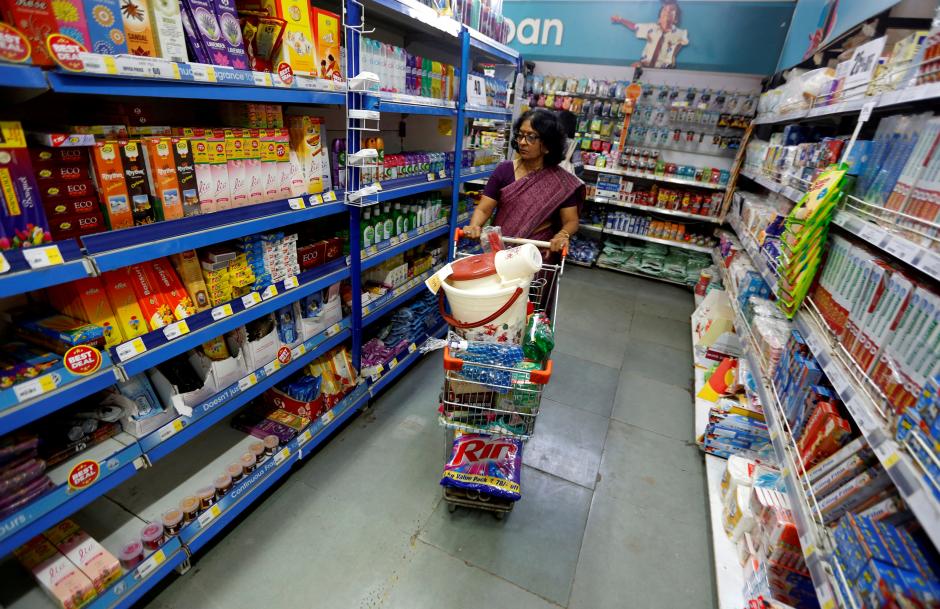 In the initial months after its roll-out, the economic chaos triggered by GST adversely affected indirect tax collections in 2017-18, forcing the Centre to step up its borrowings. Credit: Reuters/Amit Dave/File Photo

New Delhi: The Goods and Services Tax (GST), which was billed as the biggest reform in India’s indirect tax regime since Independence, has struggled to live up to its expectations.

Over the last year, it has exacted a heavy toll on small businesses and exporters, impacting economic growth and indirect tax collections.

It is also yet to deliver on its biggest promise – to formalise the economy and force tax evaders to change their ways.

More than 3.4 million new indirect payers have registered themselves with the GST network since last July but most of these (1.9 million) are small enterprises which have done this for compliance and add little to the government’s coffers. It is no surprise that the top 10% of the country’s firms are still paying 90% of indirect taxes. 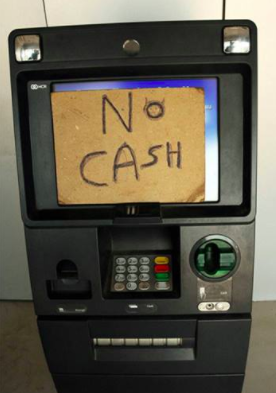 The GST regime has also done little to tame the demand for cash, as was evidenced by the cash shortage in April. Credit: Wikipedia

The GST regime has also done little to tame the demand for cash, as was evidenced by the cash shortage in April, catching both the Reserve Bank of India and the government unaware.

Cash in circulation (CIC) in the Indian economy has crossed pre-demonetisation levels.

Global investment research firms share this assessment, too. British brokerage firm HSBC, for one, has expressed disappointment that the GST has failed to live up to its promise to formalise the economy

“The GST regime was originally associated with formality. But so far, in our view, it has not been able to live up to that promise, nor has it brought down the demand for cash which has in fact only gone up,” HSBC said in a recent update.

In April, finance minister Arun Jaitley had claimed that GST and noteban had led to increased formalisation of the economy and also cited the filing of one crore new income tax returns in 2017-18 to buttress his argument.

It has also dismissed the suggestion that the spike in cash demand is due to a recovery in rural consumption growth.

“As much as 70% of rural India, whose main source of income is wages, may not be doing too well at present. As such, growing of cash in circulation should be tempered. But, instead, the cash-to-GDP ratio has shot up since mid-FY18,” the report said.

For others, the jury is still out on GST. For instance, Sachidanand Mukherjee, Associate Professor, National Institute of Public Finance and Policy, is unsure whether there is enough data to show if the new indirect tax regime has been good for the economy.

“It is too early to comment on GST,” Mukherjee told The Wire.

Another vexing question is, how long it will take for the GST system to involve into a simpler, single or dual tax-rate structure. Currently, India has five tax slabs (0% to 28%) and for certain items, a cess charged on top of this.

In the run-up the rollout of the new tax system, chief economic adviser Arvind Subramanian both privately and publicly advocated a single tax rate.

However, political compromises saw the Narendra Modi government going in for multiple tax rates. In the short-term, there is some evidence to show that traders are misusing the many tax rates to evade taxes. 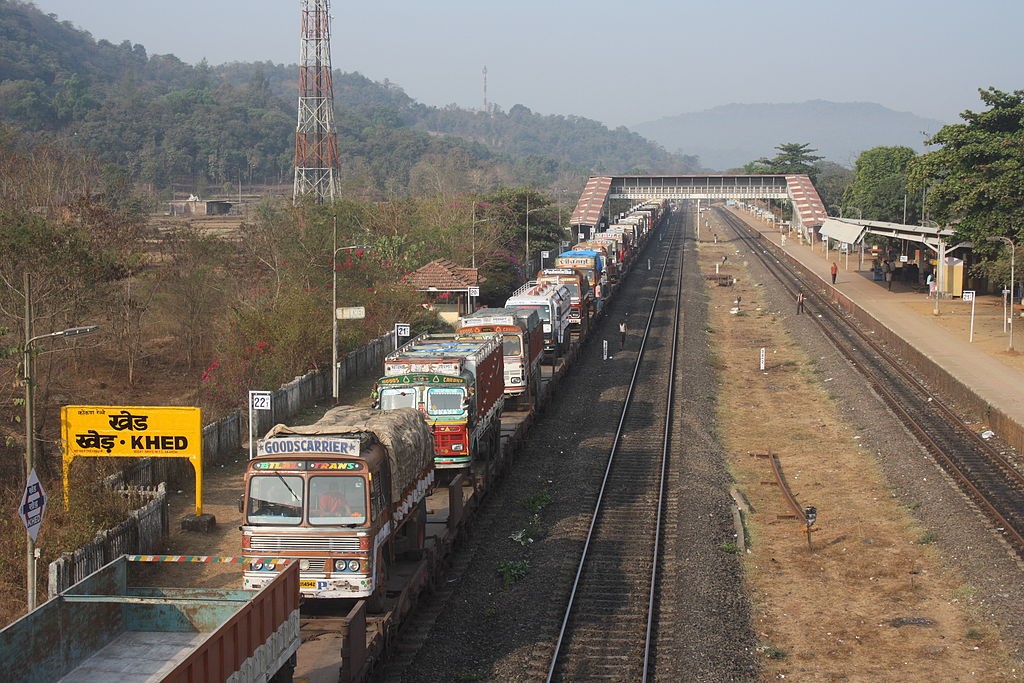 There isn’t enough data to show how successful e-way bills have been to check tax evasion. Trucks on a Rorotrain at Khed in Maharashtra. Credit: Arne Huckelheim Wikipedia Commons

Mukherjee, too, agreed that multiple rates are prone to misuse by tax evaders. On other complementary measures, such as the introduction of e-way bills for inter-state and intra-state movement of goods, there isn’t enough data to show how successful it has been in checking tax evasion.

Meanwhile, the World Bank, which had earlier given the thumbs-up to GST, has been forced to take a hard look at it.

According to a recent report it put out, India’s GST is among the most complex taxation systems in the world. India not only has highest tax rates — the highest in Asia and second highest after Chile in the world –, but also largest number of tax slabs, the report has noted.

“The tax rates in the Indian GST system are among the highest in the world. The highest GST rate in India, while only applying to a subset of goods and services traded, is 28%, which is the second highest among a sample of 115 countries which have a GST (VAT) system and for which data is available,” the World Bank said in a report titled, India Development Update: India’s Growth Story, released in March 2018.

In the initial months after its roll-out, the economic chaos triggered by GST adversely affected indirect tax collections in 2017-18, forcing the Centre to step up its borrowings. In the budget for 2017-18, Jaitley had pegged the government’s aggregate gross market borrowing at Rs 5.8 lakh crore but it jumped to Rs 6 lakh crore despite record mop-up of more than Rs 1 lakh crore via disinvestment and a 3.4% cut in expenditure.

Thanks to the extra borrowing, the Modi government had to stretch its fiscal consolidation roadmap. It fiscal deficit bumped to 3.5% of GDP in 2017-18, a slippage from the 3.2% targeted in the budget. Further, it kept the fiscal deficit target for 2018-19 at 3.3%, much higher that 3% envisaged in the medium-term fiscal consolidation unveiled earlier.

However,  January 2018 onward, revenues appear to have stabilised.

CEA Arvind Subramanian, in an article last week, said that based on the “first nine months of data (including April 2018 collections), revenue collections for nine months were Rs 8.2 lakh crore (Rs 11 lakh crore annualised), yielding a revenue growth of 11.9% compared with the relevant pre-GST numbers”.

“The implied tax buoyancy (responsiveness of tax growth to nominal GDP growth) is 1.2, which is high by the historical standards for indirect taxes,” he added.

The Modi government is yet to take the initiative to build political consensus over bringing  these items under the ambit of GST, despite the fact that BJP is in power in majority of states.

Finally, after implementation of GST, exporters have also had a tough time getting refund of their input credits.That increased their requirement of working capital and interest burden.

Two weeks ago, West Bengal finance minister Amit Mitra noted that exporters’ dues had at one time piled up to nearly Rs 25,000 crore.

But now things are gradually getting back to normal. According to Federation of Indian Export Organisations sources, exporters’ outstanding dues on account of input credits has now come down to Rs 7,000-8,000 crore. The government is looking at introducing electronic payment mechanism to ensure expeditious clearance of exporters’ dues.

Small businesses were hit hard by the GST roll-out. In its meeting last October, the GST Council announced key measures to provide relief to the sector. However, getting input credit is not always easy for them.

The Federation of Indian Micro and Medium and Small Enterprises has identified hotel booking by entrepreneurs on company account as a key area where getting input credit is a complicated procedure.The reason is that when enterprises book hotel in cities other than where they are based, hotels charge state and central GST, which are not refundable.

FISME has also flagged concern over the prevailing uncertainty about how GST levy on exports will be reimbursed by the government. There more procedural issues small players have to contend with while seeking refund of GST.