The NSSO survey confirms that the 2017-18 unemployment rate was higher than recorded in nine earlier surveys, but warns about methodology changes. 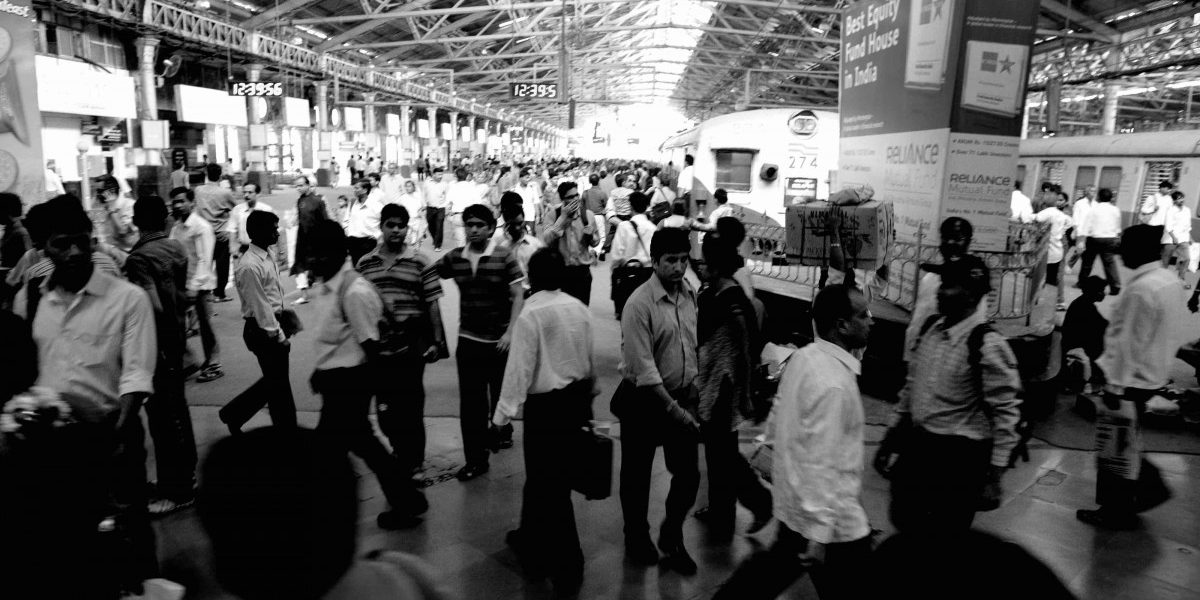 New Delhi: India recorded a 6.1% unemployment rate in 2017-18, official data released on Friday noted, which the statistics ministry says is higher than what was recorded in previous government surveys but is still not strictly comparable on account of methodological changes.

The data comes from the Periodic Labour Force Survey (PLFS), which was conducted by the National Sample Survey Office (NSSO) from July 2017 to June 2018, and covered 4.3 lakh people across 1.02 lakh households.

The PLFS notes that the all-India unemployment rate – defined as the percentage of unemployed persons in the labour force – was at 6.1% for 2017-18.

This data was leaked and first reported by Business Standard earlier this year. A few months ago, a controversy around the release of the report was sparked when the former head of the National Statistical Commission resigned, hinting that the report was suppressed for political reasons.

Can it be compared or not?

“Compared to the quinquennial rounds, in 2017-18 the unemployment rates in both usual status (ps+ss) and CWS were higher for both males and female,” the report notes.

The problem with a comparison of the PLFS results and the quinquennial survey rounds conducted by the NSSO is that the methodology of both statistical efforts are different.

“It’s a new design, new metric,” chief statistician Pravin Srivastava told reporters at a press conference on Friday evening.  “It would be unfair to compare it with the past,” he added.

One table in the report, titled ‘Statement 31’ (shown below), does lay out the results of the PLFS and survey rounds by the NSSO going back to 1974 – which indicates that unemployment is at a 45-year high in India. 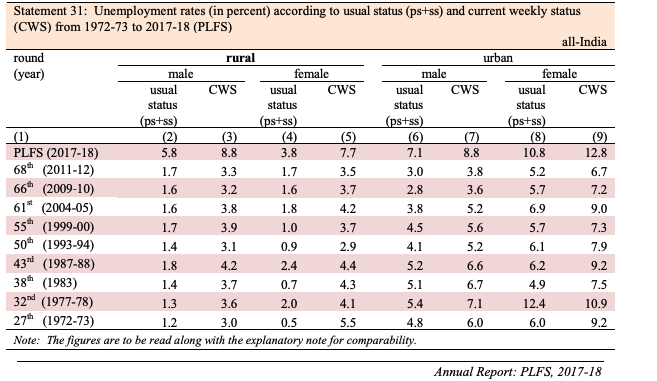 The table however says that this data must be read in conjunction with an explanatory note attached in the report’s introduction. The explanatory note on the methodology suggests that while for half of the urban areas surveyed in PLFS, the same design as the one used in NSS 68 was followed. In the other half, a new design was used.

In the case of rural areas, the methodology followed for sampling was the same as followed in earlier rounds of the NSS using the population census.

Also read: India Does Have a Real Employment Crisis – And it’s Worsening

The stratification to differentiate between rural and urban areas followed a more complex strategy in PLFS using the population figures for the towns to classify them differently. “The rural areas of each NSS region constituted rural stratum.”