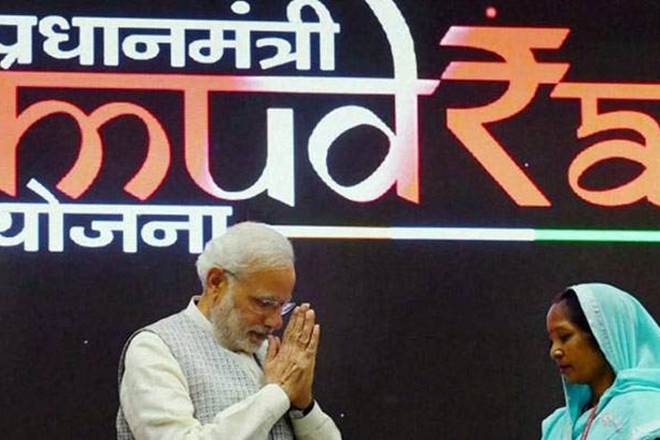 New Delhi: The non-performing assets (NPAs) under Prime Minister Narendra Modi’s ambitious Pradhan Mantri Mudra Yojana (PMMY) doubled within one year. This information was obtained through an RTI petition filed by The Wire.

In a written reply to the Rajya Sabha given on February 12, minister of state for finance Shiv Pratap Shukla wrote that as of March 31, 2018, the total value of NPAs held by public sector banks under PMMY was Rs 7,277.31 crore.

The RTI filed by The Wire reveals that as of March 31, 2019, the total value of NPAs from loans issued under the Micro Units Development and Refinance Agency Ltd. (MUDRA) stood at Rs 16,481.45 crore.

This means that public sector NPAs of the loans issued under the Mudra scheme have increased by Rs 9,204.14 crore in just one year.

Although the value of NPAs is not very high in comparison to the total value of all loans issued under the Mudra scheme, it is nonetheless steadily increasing.

According to an IANS report published on January 13, the Reserve Bank of India had warned the finance ministry that the Mudra scheme could become a major contributor to NPAs.

According to the data obtained from the RTI, loans amounting to Rs 3.11 lakh crore in total were issued between April 1, 2018 and March 31, 2019. That means that the value of NPAs amounts to 2.89% of the total value of all loans.

According to an RBI circular, failure to pay 90 days after the last date for the payment of an installment leads to an account being declared as an NPA.

Harshit Agrawal, assistant manager of Mudra Ltd., said, “In case of national banks, this deadline is 90 days, while the deadline is 120 days for NBFCs and MFIs. These rules apply to all types of loans, Mudra or otherwise.”

A bank declares an account to be an NPA in case there are no payments of the due amount (for any given quarter) 90 days after the last date of the quarter.

Prime Minister Modi had launched PMMY in April 2015. The objective was to provide non-corporate and non-agricultural small businesses with loans up to Rs 10 lakh, which are called Mudra loans.

Also read: On Both Refinancing and Credit Growth, Modi’s Mudra Scheme Has Had Little Impact

According to a statement given in the Rajya Sabha on February 12, 2019, about 45% of the total sanctioned Mudra loans have been given to women. Members of scheduled castes (SCs) and scheduled tribes (ST), however, have received a very small share of the Mudra loans.

Information about NPA account-holders not provided

Although Mudra Ltd. provided details regarding the total NPA sum, it did not provide any information about the top 100 NPA accounts – like the names of the account holders, the total borrowed sum, interest rates etc. Mudra Ltd. said that it does not have this information.

An RTI was filed with the RBI as well, but the RBI said it does not have this information either.

This is significant in light of the fact that the Supreme Court recently reprimanded the RBI and directed the bank to provide information under the RTI Act regarding its annual reports and provide details of willful defaulters.

The RTI had also asked for information regarding what and how many bad loans had been written off, but Mudra Ltd. again said that it did not have this information.

The article was published on The Wire Hindi. Read the original here.