Has the Finance Minister Pulled a Fast One on MNREGA Workers?

It appears that the Rs 20 bonus is nothing more than an approximate average of the state-specific increases notified by the rural development ministry on March 23. 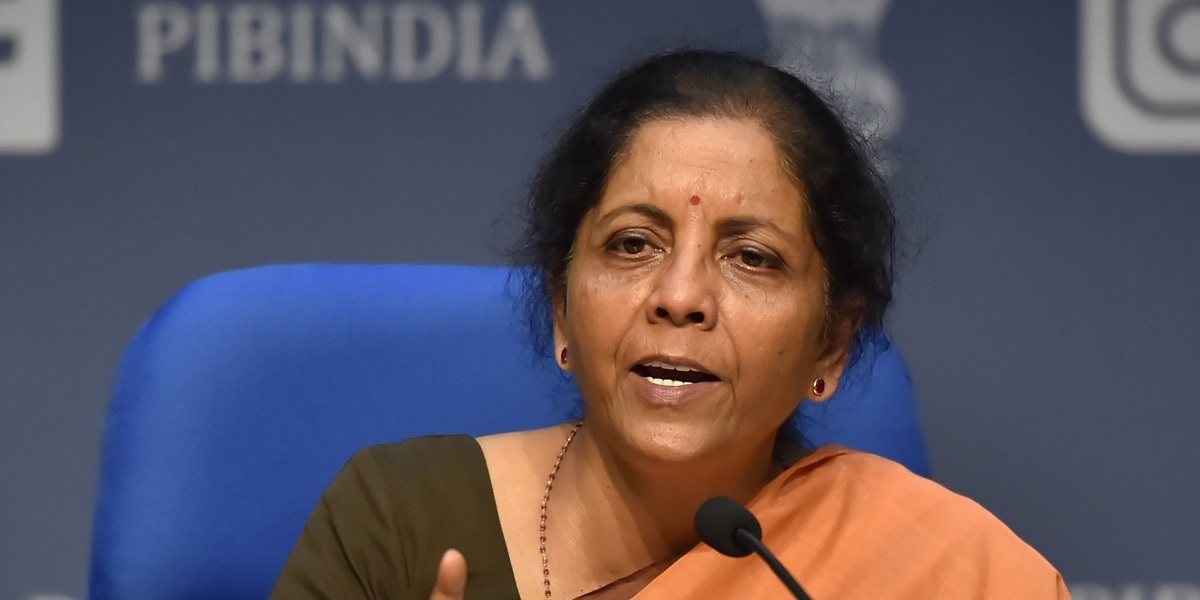 The relief package announced by finance minister Nirmala Sitharaman on Thursday is more than a trifle misleading as far as provisions for Mahatma Gandhi National Rural Employment Guarantee Act (MNREGA) workers are concerned.

The bottom line is that this package has nothing to offer to MNREGA workers, but it is worth trying to understand the details.

Under PM Garib Kalyan Yojana, MNREGA wages would be increased by Rs 20 with effect from 1 April, 2020. Wage increase under MNREGA will provide an additional Rs 2,000 benefit annually to a worker. (emphasis in original)

Incidentally, the claim that the Rs 20 wage increase will “provide an additional Rs 2,000 benefit annually to a worker” assumes that the said worker gets a full 100 days of MNREGA employment. In reality, only a small minority of MNREGA workers reach this upper limit.

Nevertheless, leaving that aside for now, this PMGKP provision appears to be consistent with the finance minister’s statement, at a press conference on Thursday, that the MNREGA wage rate would be raised from Rs 182 to Rs 202 per day from April 1, 2020.

But there is a catch: the Ministry of Rural Development (MoRD) already issued a notification on March 23, announcing an increase in MNREGA wages from April 1, 2020. This is a routine annual exercise which consists of raising the wage rate in each state (MNREGA wages are state-specific) in tandem with consumer prices – nothing more, nothing less.

Interestingly, according to this notification, the prescribed MNREGA wage for 2020-21 is well above Rs 202 per day in most states. The unweighted average for major states is Rs 226 per day, and the weighted average (using 2019-20 person-days of MNREGA employment as weights) is Rs 221 per day. In other words, the enhanced MNREGA wage of Rs 202 per day announced by the finance minister is way below the wages that have already been notified. A worker with a child on his shoulder walks to his village amid a nationwide complete lockdown, on the NH24 near Delhi-UP Border in Ghaziabad, March 26, 2020. Photo: PTI Photo/Ravi Choudhary

So where does the figure announced by Sitharaman on Thursday come from? Notice, first of all, that a national MNREGA wage for 2020-21 has little meaning for now – it is an approximation at best. The reason is that an accurate national average cannot be calculated from state-wise wages without knowing the state-wise employment levels, and no-one knows what MNREGA employment levels are going to be like in 2020-21.

Still, let us try to understand the Rs 202 figure. It appears that the finance minister simply added Rs 20, based on the PMGKP précis, to the baseline figure of Rs 182 per day for 2019-20.

And where does the Rs 182 figure come from? It is available on the official MNREGA website, where it refers to “average wage per day per person” in 2019-20. This is the total 2019-20 wage bill divided by total person-days of employment – in other words, an average of wages actually received rather than of notified wages. And why is it so low (the weighted-average of state-wise notified wages for 2019-20 is Rs 200 per day)? There are two possible reasons. One is that NREGA workers often work on a piece-rate basis, and may earn less than the notified wage rate in practice. Another possible reason is that delays in wage payments drove down the “average wage per day per person” in 2019-20.

Be that as it may, it is the use of this low baseline that led the finance minister to announce an enhanced wage rate of Rs 202 per day that turns out to be lower than what has already been notified by the MoRD. And remember, the MoRD notification was just a routine annual adjustment based on price increases.

Could it be, however, that the finance minister (and the PMGKP précis) meant to say that wages would be increased by Rs 20 over and above what had already been notified by the MoRD? Clearly not – otherwise she would not have used the 2019-20 baseline to work out the math (182 + 20 = 202) of the wage increase. The Rs 20 bonus is nothing more than an approximate average of the state-specific increases notified by the MoRD on March 23, 2020.

In short, the finance minister tried to get away with including in her “relief package” something that had already been notified by the MoRD as a routine matter.

For good measure, she combined this alleged bonus of Rs 20 per day with a heroic assumption of 100 days of employment to claim that the wage increase “will provide an additional Rs 2,000 benefit annually to a worker”. That makes for great media headlines, but the truth of the matter is that there is nothing of any substance for MNREGA workers in this relief package.

Jean Dreze is visiting professor at the Department of Economics, Ranchi University. (A spreadsheet with the relevant calculations and sources is available on request).