How Much Will Sitharaman’s Plan for Migrant Workers and Farmers Really Help?

With minimal immediate cash outlay, it’s unclear how consequential these smaller, scalpel-like moves will be in a scenario that requires the target groups of this package to be able to quickly and easily access the benefits on offer. 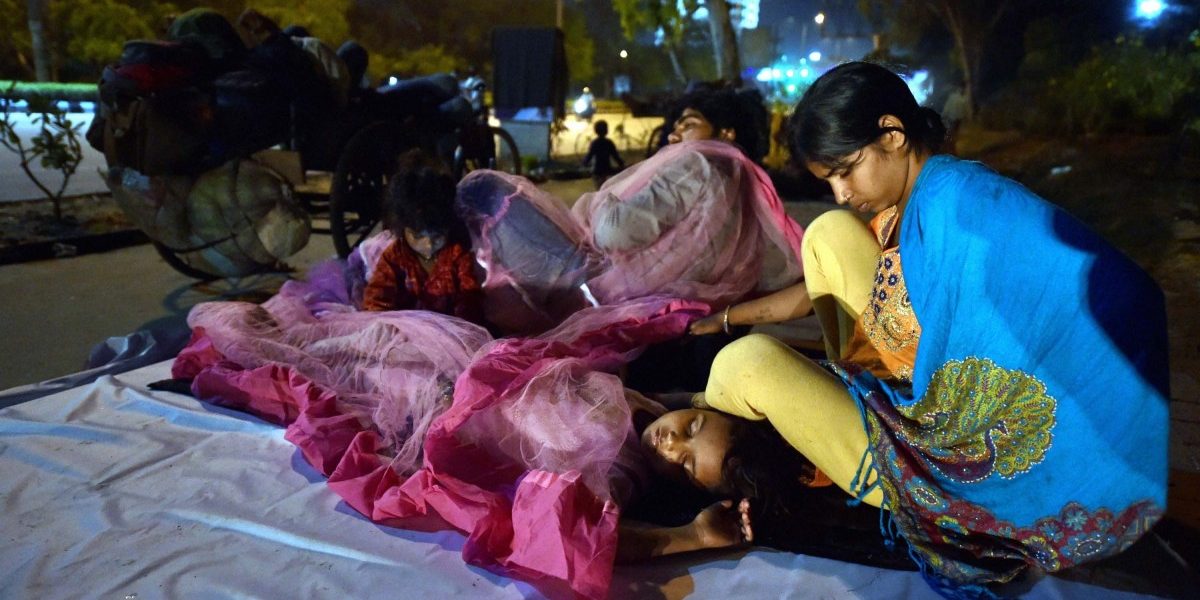 New Delhi: The Narendra Modi government’s much-awaited economic package for migrant workers and small farmers heavily favours longer-term credit-focused proposals over a more direct approach like cash transfers, which would provide immediate relief to sections of the population most affected by the lockdown.

As a result, while the announcements made by finance minister Nirmala Sitharaman on Thursday are worth Rs 3.16 lakh crore, economists and market analysts say that actual cash outlay by the Centre for this financial year will be far lower and could range from anywhere between Rs 5,000 crore and Rs 14,750 crore.

The second tranche is a hodgepodge of nine different steps. Three for migrant workers and the urban poor, two for small traders and vendors, two for farmers, one for India’s middle-class and one employment programme that involves tapping into a Supreme Court-mandated fund for afforestation that has thousands of crores piled up over a lack of use.

Sitharaman has stressed that all these announcements should be seen in a holistic manner and in conjunction with the measures that were part of the PM Garib Kalyan Yojana that was rolled out in the last week of March 2020. Even so, it’s unclear how impactful or consequential these smaller, scalpel-like moves will be in a scenario that requires the target groups of this package to be able to quickly and easily access the benefits on offer.

Because credit grants and a few implementation-heavy proposals make up a majority Thursday’s package, the government must also ensure that red tape and paperwork don’t get in the way of passing on actual relief.

How effective will some of the major steps be? The Wire takes a look and breaks it down.

Over the last month, critics have slammed the government  for sitting on record stocks of food grains in its granaries, while tragic visuals of migrant workers struggling to eat three solid meals a day have blared on primetime TV. At least 73 people have died of starvation but the government has continued to restrict the distribution of grains to slightly more than 80 crore beneficiaries under the National Food Security Act (NFSA) through the public distribution system (PDS).

Several economists, activists, and politicians have asked that the PDS be universalised to include even those who do not have ration cards but face food insecurity.

On Thursday, Sitharaman announced that some PDS benefits will be extended to include those migrant labourers who are not covered under the NSA or are without a ration card in the state in which they are stranded at present. She said that the Centre will transfer 8 lakh metric tonnes of grain and 50,000 metric tonnes of chana  to state governments to provide 5 kilogram of grain (wheat or rice) per labourer and 1kg of chana per family per month for two months free of cost.

This expected to benefit up to eight crore migrant workers, which would mean that in total 88 crore people would be provided free grain under the PDS.

While an important step, and will bring relief to millions, this still does not fully go beyond NFSA coverage and continues to exclude many more who are currently out of the net. As development scholars Meghana Mungikar, Jean Drèze and Reetika Khera have pointed out, an estimated 10.8 crore people are excluded from the PDS just because the population data used is of 2011. Since then India’s population has grown by 15 crore, but the number of people covered by the NFSA has remained frozen.

The announcement by Sitharaman to provide food grain to an additional 8 crore people, does not even mean that those who are excluded due to this reason are now included.

Even these incomes would now have been wiped out for most of these workers who, it is likely, are now vulnerable to hunger. So, the number of people who face insecurity is likely much larger than the 8-crore mentioned by Sitharaman or even the 10.8 crore who are left out of the PDS due to the use of the 2011 Census population.

One of the agricultural highlights of Sitharaman’s speech was her announcement that 2.5 crore farmers would be provided Kisan Credit Cards (KCC) and can avail of the benefit of concessional loans that are provided through the card.

She said that the government has found that of the 9 crore beneficiaries under PM Kisan, 2.5 crore do not have KCC.

“A special drive to provide concessional credit to PM-KISAN beneficiaries through Kisan Credit Cards. Fisherman and animal husbandry farmers will also be included in this drive. This will inject additional liquidity of  Rs 2 lakh crore in the farm sector,” the government’s press release noted.

Nobody can argue with the importance of this move, although a few experts say that compensation for lockdown losses is the need of the hour perhaps through higher PM Kisan transfers and should be prioritised over easier access to credit. 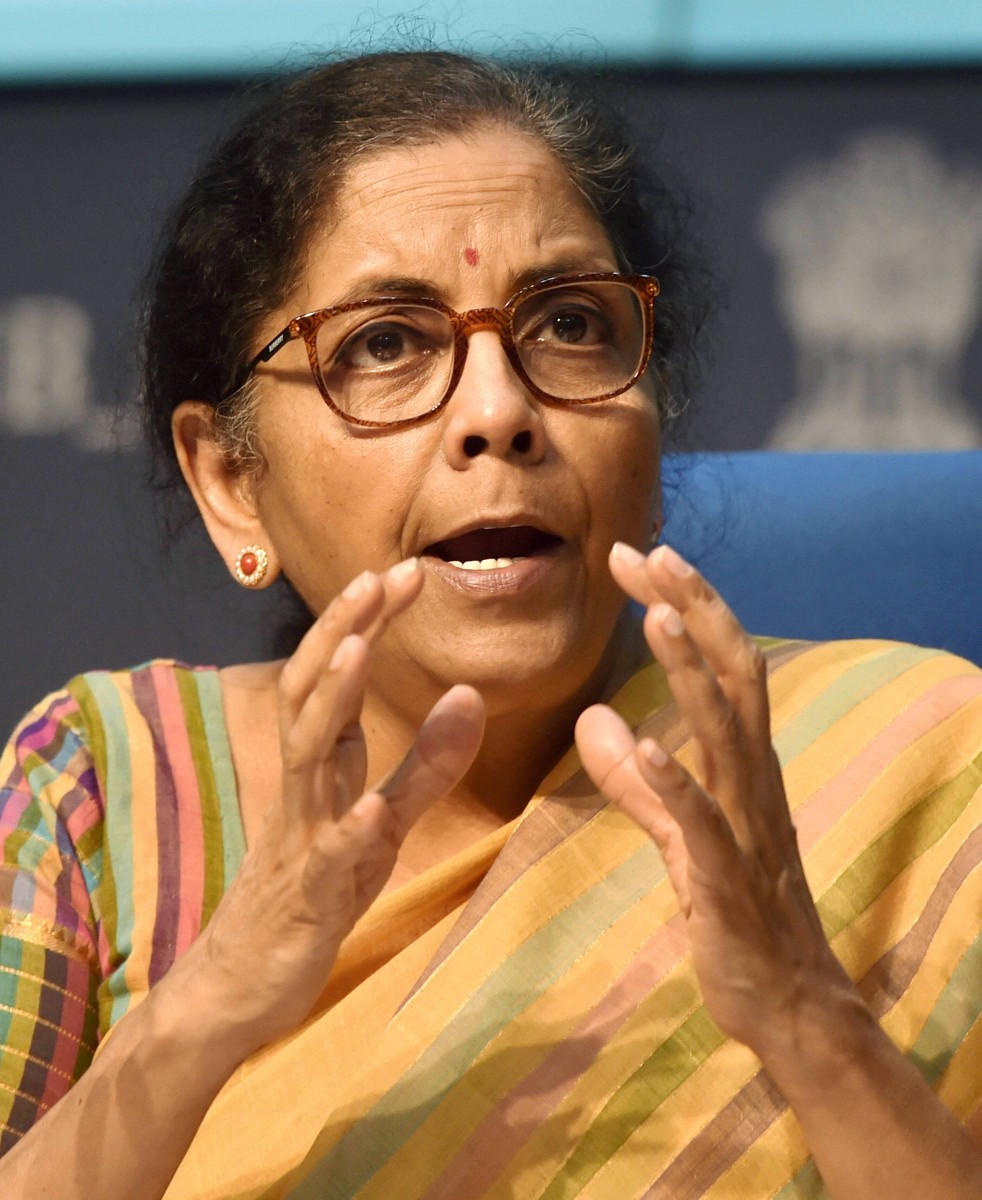 Nevertheless, the important take-away is that the idea of extending the KCC programme to all farmers under the PM Kisan scheme is not new. It is merely a reiteration of a promise of an announcement that Sitharaman made in her budget speech in February 2020 when she said, “all eligible beneficiaries of PM-Kisan will be covered under the scheme”.

It is unclear whether concessional credit under the KCC scheme is now being expanded in scope – although the decision to include fishermen and animal husbandry farmers is new – or whether the government is portraying its “special drive” to enrol all PM-Kisan beneficiaries under the Aatmanirbhar Bharat Abhiyan as a new development when it was in fact promised in this year’s Union budget speech.

It affects the migrant workers particularly severely as they are outside their home state and are often financially vulnerable.

On Thursday, the Centre announced that it will be ensuring that by August this year 67 crore of the 81 crore PDS beneficiaries are covered. And 100% coverage would be ensured by March 2021.

This, again, is not a new step but is in fact an extension of an existing deadline. In January 2020 the government had set itself a more ambitious deadline. The Union minister for consumer affairs, food and public distribution Ramvilas Paswan had said that the scheme would be implemented by June 30 in the entire country.

So far 17 states have been integrated with the one nation one ration card – five of which were integrated after the beginning of the lockdown. Paswan has also said that the usage of the scheme has been “very low” between states due to lack of awareness about it and states having suspended biometric authentication as a step to contain the spread of COVID-19.

One of the sops given to India’s middle class – for those whose annual income is between Rs 6 lakh and Rs 18 lakh – is the extension of the Credit Linked Subsidy Scheme (CLSS) under the PMAY (Urban) scheme.

“This will benefit 2.5 lakhs middle income families during 2020-21 and will lead to investment of over Rs 70,000 crore in housing sector. This will create a significant number of jobs by giving a boost to the Housing sector and will stimulate demand for steel, cement, transport and other construction materials,” the government’s press release says.

The scheme itself is simple: People take home loans of a certain size and the government bears a part of the interest burden. Because the government does this, the middle-class gets an incentive to buy a house.

However, as commentator Vivek Kaul has pointed out, since May 2017, a little over 3.3 lakh people have opted for this scheme. Is the government’s claim that this will benefit 2.5 lakh people this year nothing more than a cheery over-estimate?

“1 lakh families per year on an average have benefitted over a period of three years [under this scheme]. Nevertheless, this year 2.5 lakh families are expected to take a home loan under this scheme. This is an environment where jobs, salaries, occupations and incomes are on the line…I am all for being positive, but being delusional isn’t my cup of tea,” Kaul noted.

It’s also unclear on what basis the Centre assumes that this will need Rs 70,000 crore in investment. What we do know is that this will result in minimal cash outgo by the government.

SBI Research estimates that if 2.5 lakh beneficiaries avail the subsidy, it would amount to Rs 5000 crore.

“However, assuming only 1.5 lakh families avail this facility during this year this would result in a fiscal cost of Rs 3000 crore,” a report authored by SBI chief economist Soumya Kanti Ghosh has noted.

Other odds and ends

A few other steps are well-intentioned, but whose impact and implementation timeline is unclear.

The first is a plan to create a whole bunch of affordable rental housing complexes for migrant workers and the urban poor through a number of methods. An important measure, but one that will almost certainly not be finished any time soon. The finer points of the scheme will also eventually determine whether this is a success — Sitharaman said it would be carried out with the help of the private sector.

There is also an important proposal to launch a Rs 5,000 crore credit facility for over 50 lakh street vendors. Some of these smaller players may have already been covered under the MUDRA scheme (the smallest category of which has also been given a 2% interest subvention),but some will likely be inducted into the system of formal credit for the first time. SBI Research notes that the top ten states account for 35 lakh street vendors, with Uttar Pradesh taking the lead with 7.8 lakh vendors followed by West Bengal at 5.5 lakh vendors.

Is this what street vendors, who are more vulnerable than small traders and have not been able to sell their wares for almost two months now, really want though? A Rs 10,000 working capital loan? And not some form of cash transfer in acknowledgement of their losses?

Also read: Explainer: Why Modi’s MSME Push Won’t Actually Cost the Centre Too Much This Year

Finally, roughly Rs 6,000 crore worth of funds under the Compensatory Afforestation Management & Planning Authority (CAMPA) will be used to employ people by engaging them in environment-related physical work.

“Government will grant immediate approval to these plans amounting to Rs 6000 crore. This will create job opportunities in urban, semi-urban and rural areas and also for Tribals (Adivashis),” an official press release noted.

CAMPA has had a difficult legal history. In August 2019, over Rs 47,000 crore of CAMPA funds were handed over by the environment ministry to various states. It’s unclear how much of this has been used so far or how soon job opportunities will be created for people in and around forest areas. As with everything else, implementation will be key.