With the ripples of demonetisation and a poorly-designed GST spreading economic distress, voters will assess the promise of Narendra Modi's 'New India' in due course. 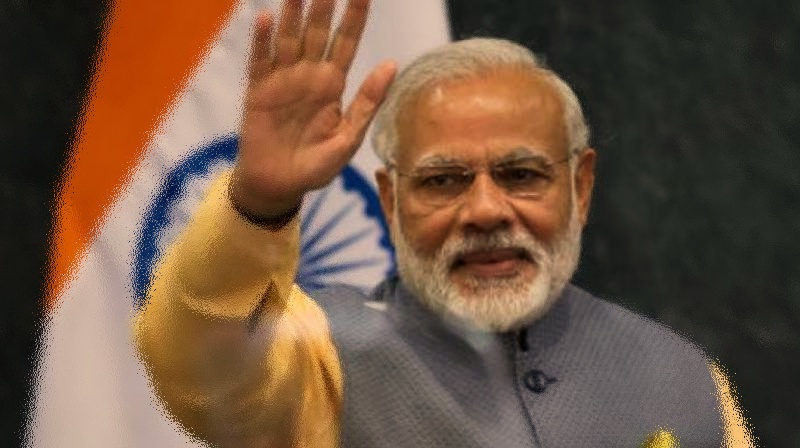 Suddenly, the BJP is feeling besieged by news of economic distress all around. After a badly botched up demonetisation exercise, we are seeing an equally botched up implementation of the GST which has sent small businesses into a tailspin, exacerbating the decline in output and employment seen during the months after demonetisation.

Trading companies were de-stocking before the start of the GST regime on July 1, 2017, in the hope that they would buy up fresh stocks under the new tax system. But given the messy implementation, analysts say the re-stocking process is quite slow and firms would rather wait for the GST system to stabilise before going full swing again. And mind you, all this is happening just before the festive season. This is bound to impact GDP growth in the second half of 2017. As predicted by many, inflation too has marginally gone up post GST. The multi-decade high domestic petrol and diesel prices are not helping matters either. Ironically, record high oil taxes are the only source of stable revenues as they are out of GST. It is India’s oil tax and not GST which is coming to the Centre’s rescue.

To add to finance minister Arun Jaitley’s woes, the sub optimal – perhaps an understatement – working of the GST network (GSTN) has created a major risk of revenue shortfall in 2017-18, putting the Centre’s fiscal arithmetic at risk. The finance ministry got its first shock when the GST refund applications (those seeking refunds after paying tax) totalled Rs 65,000 crore for July when total collections were Rs 95,000 crore.

If all refunds were allowed, the Centre would be left with just Rs 30,000 crore when actual net collections are budgeted at over Rs 90,000 crore a month on average. Since more refund claims were expected in the first month because of refunds being allowed on older stocks, it is projected that the subsequent months would generate much higher GST revenues. But given serious glitches that have occurred in the software of the GSTN, the entire exercise is in jeopardy this fiscal.

Bihar deputy chief minister Sushil Modi, who heads the newly created committee of state ministers to fix the myriad problems with the GSTN, made a telling comment last week when he said, “We are building a ship while sailing in it”. Clearly, this is an indictment of the Centre which launched the GST without being prepared for it.

Karnataka’s agriculture minister, Krishna Byre Gowda, a member of the new committee, told The Wire that there are several problems with the software of the GSTN which will take at least six months to fix. He said, “At present there are basic issues like businessmen saying they have registered and uploaded returns but our system not showing it. The slowness of the system is causing hardship to users. The system is not yet able to facilitate uploading of invoices and returns at various stages such as GSTR 2 and GSTR 3. And worse, state governments are unable to retrieve data on companies to monitor GST payment.”

Gowda says the committee members have spoken to the software providers in Infosys and “they are saying the procedural protocols were received at the eleventh hour before the kick off date in July. There wasn’t enough time to do trial runs”. So we now fully understand what Sushil Modi means when he says the ship is being built as it is already sailing!

Top Sangh parivar ideologues belatedly admit that the unstable ship is sailing in the already stormy waters caused by demonetisation. S. Gurumurthy, an important economic ideologue of the Sangh parivar, has suggested that the coming together of demonetisation, GST, bank NPAs settlement process and the multi-pronged attack on black money have delivered a huge shock to commerce in general.

Gurumurthy’s admission is very interesting because he was the biggest defender of demonetisation, GST and the taxman’s arbitrary assault on individual entrepreneurs and small businesses in particular. The tax department is not going after the big businesses with whom it is known to enjoy a long-standing cosy relationship. To understand this, you just have to see the number of senior tax officials who quit and join the top 500 companies in India.

So Sangh parivar ideologues now openly concede that Modi and Jaitley may have thrown the baby out with the bath water. The current phase of GST implementation is the biggest example. Businesses who have paid the GST for July and asked for legitimate refunds are being hounded like criminals. Exporters were always exempted from excise duty earlier because they competed in the global market. Under the GST regime, since all businesses pay the indirect tax as a matter of procedure, exporters were asked to pay 18% GST only to be refunded the same amount forthwith before shipping their consignment abroad. But now exporters are complaining that their tax refunds are not coming in time. Exporters cannot wait as they work in seasons – like shipping for Christmas abroad. Their working capital gets blocked after they pay 18% GST, which is a big amount. They end up paying additionally for borrowing to meet short-term working capital from banks, affecting their narrow profit margins.

Imagine India has close to $300 billion annual exports and this contributes a good chunk to GDP. And the GST authorities appropriating 18% of the export value and not refunding the amount in time is a nightmare for them. This simple equation of quick refund to exporters was not anticipated by the finance ministry. Someone must surely pay for this.

Given the scale of the mismanagement of GST, I will not be surprised if GDP growth in the second half of 2017 goes down even further from the 5.7% recorded in April-June. Indeed, despite BJP President Amit Shah’s bravado that people should ” ignore official statistics” there is panic within the government over the dark clouds gathering around the economy. The scale of value destruction in India’ s informal sector, especially agriculture and small industry has been documented comprehensively. Social media is giving a running commentary backed by data for some months now. An RBI survey of the universe of smaller companies ( turnover less than Rs. 25 crore) shows a 58% fall in their sales in Jan- March 2017. GST would have further added to their distress post July.

Also read: Is the Narendra Modi Bubble About to Burst?

The Mumbai-based research arm of international financial services group , Credit Suisse, recently said the Indian economy is going through a dense fog with several big policy measures like demonetisation & GST creating major disruptions. More worryingly, Credit Suisse says these disruptions are accompanied by a sharp fall this year in overall government spending. Remember in the absence of private investment , public investment was probably the only engine generating some growth so far.

Eighteen months before the 2019 general elections, India’s political economy is in a shambles as Modi continues to make impossible promises to be fulfilled by 2022.  The underlying message behind these new promises is that his coming back to power in 2019 is pre-ordained. History informs us that politics invariably evolves in a non-linear fashion. Sands begin to shift from under the feet just after the hubris and popularity of a regime peaks. By the end of 2018, voters will make a realistic assessment as to whether the promise of a ” New India” is for real or yet another bubble destined for the dustbin of Swachh Bharat.