How Will Modi and the Chief Ministers Get Us Out of the Coronavirus Chakravyuh?

The prime minister and the state chief minister have no option but to lay a road map for a phased exit from the lockdown which will gradually start the engine of economic activity. 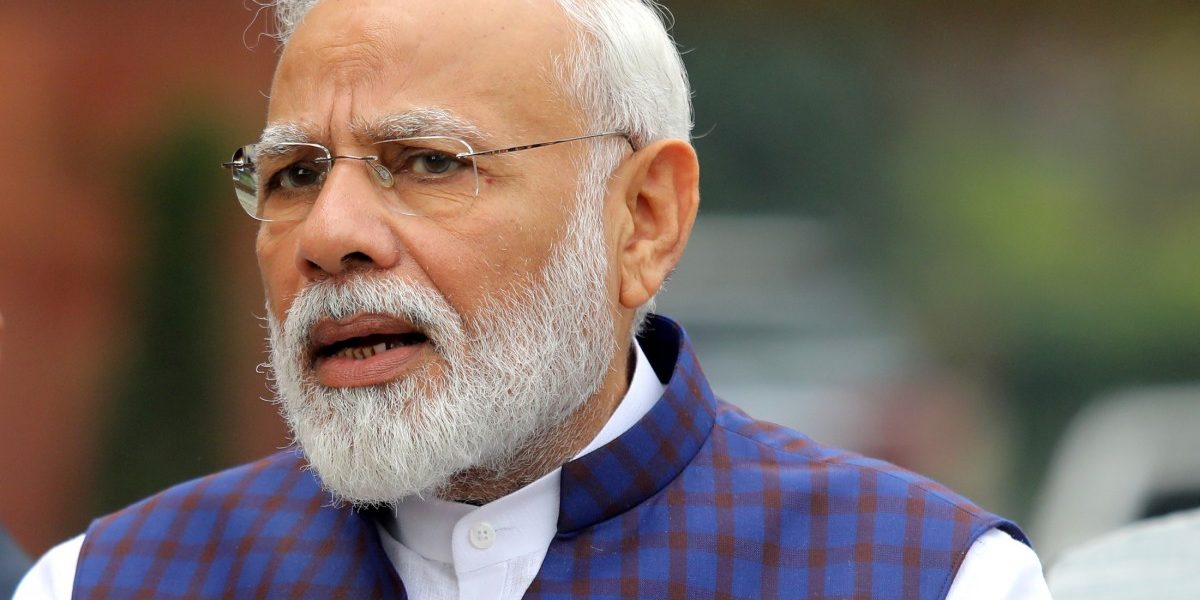 Prime Minister Narendra Modi speaks to the media inside the parliament premises on the first day of the winter session in New Delhi, India, November 18, 2019. Photo: Reuters/Altaf Hussain/File Photo

Effective political leadership in dealing with COVID-19 will be truly tested after April 14, when the first phase of national lockdown ends.

Extending the full-fledged lockdown thereafter will be the laziest option which will require no thinking. All the Centre and states will have to do is just hand everything over to the khakhi enforcers of the law.

On the other hand, creative governance will necessarily involve a calibrated exit from the unmitigated lockdown of all human activity, which India can ill afford.

A group of ICMR scientists, coordinating the efforts to battle COVID-19, have released a research study – written in February – that described a lockdown as a “drastic public health measure” that could lead to “long lasting adverse health outcomes”. The review paper on the novel coronavirus also recommends against “coercive top down quarantine approaches which are driven by authorities” and instead bats for a community-led method.

Prime Minister Narendra Modi must look at this seriously. Modi is fond of quoting from traditional scriptures and folklore. So he must remember the fate of Abhimanyu, who knew the art of breaking into the Chakravyuh (circular battle formation), but didn’t know how to come out of it. Modi may well take credit for persuading the nation to enter a complete lockdown for 21 days and even extend it another 15 days, if one goes by backroom buzz.

But his real skill and leadership will be tested in the way he comes out of the economic shutdown in a phased manner. It is about urgently saving more than half of the population from grinding  poverty and a bigger public health crisis in the near future. That is the real governance challenge today. In this, the prime minister will have no option but to seek the active cooperation of state leaders.

Unfortunately he didn’t hold a full meeting with the state chief ministers before announcing the lockdown. But a calibrated exit will require active discussions with the state leadership. We are told the prime minister is now consulting the chief ministers before deciding what to do after April 14. In fact, Modi seems to have realised the present crisis is so overwhelming that the spectacle of one-man grandstanding will not work as the ugly results may start showing in just a few months.

So there is already a change in the prime minister’s behaviour, in that he now appears to be cautiously and carefully taking inputs from various chief ministers before taking a call on lockdown extension. The nature of the crisis seems to be forcing a new notion of shared responsibility and accountability, which didn’t appear to exist earlier.

It is becoming clear that India cannot afford a complete shutdown of all economic activity for another month. The prime minister and the state chief minister have no option but to lay a road map for a phased exit from the lockdown which will gradually start the engine of economic activity. Nobel laureate Esther Duflo put it most succinctly when she said any solution to the present crisis cannot be posed as a trade-off between lives and livelihood. That is a false debate. The livelihood problem will immediately turn into that of saving lives and dealing with more public health issues. So it is about saving lives and more lives post lockdown.

It will be useful if Modi devotes time to discuss this in his meeting with chief ministers on Saturday.

A calibrated exit from the total lockdown is needed also because the revenues of the Centre and states have collapsed by an estimated 60% to 70% during the lockdown period. Delhi finance minister Manish Sisodia told me much of the state revenues comes from petrol/diesel and liquor taxes, besides the Goods and Services Tax. All these categories have collapsed during the lockdown. Petrol and diesel sales are down by 90%.

Officials from other states like Telangana, Tamil Nadu, Maharashtra etc. echoed Sisodia’s sentiments. In fact, the rate at which revenues are collapsing, most states will not be able to meet their salary bills beyond April. Several states have deferred part payment of salaries for government employees. This is short of declaring a financial emergency under Article 360 of the constitution.

So there is a full-fledged public finance crisis facing the Centre and states. The only remedy in such a situation is for the Reserve Bank of India to print more money and buy bonds of the Centre and states. But so far, Modi has also signalled that India cannot afford what other economies have done – providing stimulus ranging from 7% to 15% of GDP. The Centre has so far provided only 0.8% of GDP as stimulus and part of this is appropriated from existing state funds linked to construction labour and mineral development.

Also read: Nirmala Sitharaman Should Remember That a Stimulus Delayed Is a Quick Recovery Denied

The larger point is if Modi believes India cannot afford mega stimulus packages like the other nations have delivered to mitigate a full-fledged lockdown then he must necessarily take the next logical step of selectively easing the lockdown and let the workers in the construction sector and other manufacturing-centric industries go back to work. Many heads of large consumer companies as well as construction projects say they are working at less than 20% capacity and want to gradually scale up to 50-60% in the next two months, by getting some of the young workers back with adequate precaution.

How to do this is what the prime minister needs to discuss with the state chief ministers on Saturday. This is where he needs to show leadership. The choice is between doing this or facing 35-40% plus youth unemployment by end May.

Many states like Odisha, Telangana, Andhra Pradesh, Maharashtra and others are showing a preference for a continued lockdown because it seems the easiest way out. They will soon realise the consequences of exercising this lazy option can be more devastating in the short to medium term, as the ICMR scientists have warned. Indeed, true governance skills will be measured by how India comes out of the total lockdown.