In Terms of Educational Mobility, India's Muslims Worse off Than African-Americans

A recent study has found that higher caste groups have experienced constant and high upward mobility over time, a result that contradicts a popular notion that it is increasingly difficult for upper-caste Hindus to get ahead. 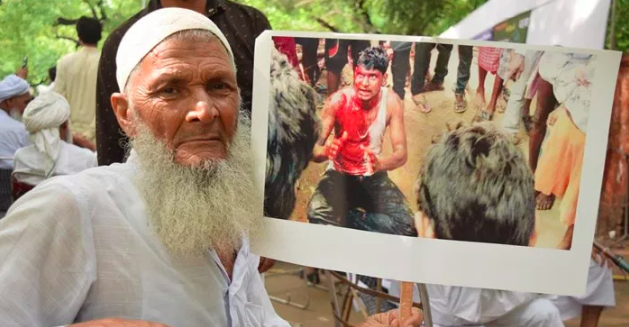 The report reasons that even though Muslim disadvantage has been widely noted, there aren't enough policies in place in the country to protect them. Credit: The Wire

New Delhi: A new study focusing on intergenerational mobility – changes in social status between different generations within the same family – claims India’s Muslims to be the least upwardly mobile group, Indian Express reported. Upward mobility has been measured using children’s education or education rank as a proxy for opportunity, so the upward mobility measures are entirely based on educational outcomes rather than economic ones.

“Our most novel and striking finding is that upward mobility has fallen substantially among Muslims in the last twenty years,” the paper, released this month, claims adding: “Higher caste groups have experienced constant and high upward mobility over time, a result that contradicts a popular notion that it is increasingly difficult for upper-caste Hindus to get ahead.”

Intergenerational mobility captures changes in status across generations and is a useful measure for describing changes in access to opportunity in the long run.

Titled ‘Intergenerational Mobility in India‘, the study by Sam Asher (World Bank), Paul Novosad (Dartmouth College) and Charlie Rafkin (MIT) concludes that while intergenerational mobility for the population as a whole has remained constant since economic liberalisation, there have been substantial cross-group changes.

? New working paper ? on Intergenerational Mobility in India. Biggest takeaway in 1 graph: Upward mobility for Muslims way behind forward castes, SCs and STs, and going down. Thread, with @thesamasher and @charlesrafkin. 1/11 pic.twitter.com/TWJkVvWdNe

Thread Appendix 1: This is all about education ranks. Ed is a great proxy for income, and given available data, it’s basically impossible to effectively measure changes in intergenerational income mobility. More details in the paper. 12/11

Scheduled Castes and Scheduled Tribes have done better on the mobility index while upper-castes and OBCs have remained where they were. However, “rising mobility” among SCs “is almost exactly offset by declining intergenerational mobility among Muslims,” observed the report refuting the perception that marginalised groups have been catching up on average.

The authors have relied on two sources of data for the study – the India Human Development Survey and the Socio-Economic and Caste Census.  For its key finding, the study samples children (born between 1950 and 1989) of parents who were in the bottom half of the education distribution, and assesses their prospects of moving up the distribution.

The report, based on 5,600 rural sub-districts and 2,300 cities and towns, further concludes that the southern part of the country is overall more inclusive – as is urban India – and that education boosts prospects: “On average, children are most successful at exiting the bottom of the distribution in places that are southern, urban, or have higher average education levels.”

In one northern state, however, Muslim-majority Jammu and Kashmir, the Muslim community has considerably higher mobility than in the rest of India.

On the educational front, the paper concludes that for the last 15 years, access to high school and college for Muslims from poor families has stagnated.

The paper highlights the need for studying economic outcomes of Muslims in the country, especially from poor families. “Despite a population share comparable to Scheduled Castes [14% for Muslims vs 16.6% for SCs and 14% for STs], this group is overlooked by most of the economic literature on marginalized groups in India.”

Based on the findings, the study goes on to state that over the last few decades, nearly all upward mobility gains have accrued to SCs and STs, constitutionally-protected groups, those that have been provided with reservations in politics and education as well as the marginalised sections that have gained from development policies.

None of these gains, however, “have come at the expense of the upper caste population, in spite of significant political mobilization against affirmative action by higher caste groups in recent years.”

“For other groups, there is little evidence that economic liberalization has substantially increased opportunities for those in the lower half of the rank distribution to attain higher relative social position, and for Muslims these opportunities have substantially deteriorated.”

The study claims that while those born at the bottom half of an education distribution in the US tend to get to the 34th percentile, Muslims can expect to only get to the 28th, something they term as “really low.”

Muslims are now the least upwardly mobile group in India. Conditional on being born in the bottom half of the education distribution, Muslim children can expect to obtain the 28th percentile. This is really low! 9/11

The report reasons that even though Muslim disadvantage has been widely noted, there aren’t enough policies in place in the country to protect them. The RSS as well as the ruling BJP have rallied around Hindu nationalist policies which explicitly discriminate against Muslims. The community has also frequently been targeted by mob violence. As The Wire reported in December 2017, “over the eight years since 2012, 29 persons have been killed in cow-related hate violence, 25 of whom were Muslim.”

Caste still remains an important marker of economic opportunity in the country, thus “Understanding how mobility has changed for these population groups is an essential component of understanding secular trends in intergenerational mobility in India.”

Novosad, one of the authors of the study, tweeted based on the report that “While India’s recent growth has made almost everyone a lot better off, it hasn’t changed the rate of churn at all. If you started at the bottom, you’re just as likely to finish at the bottom as you would have been in 1950.”