The findings don't appear to address the MUDRA factor, which has been used by members of the government and ruling party to claim that crores of new jobs have been created in the last four years. 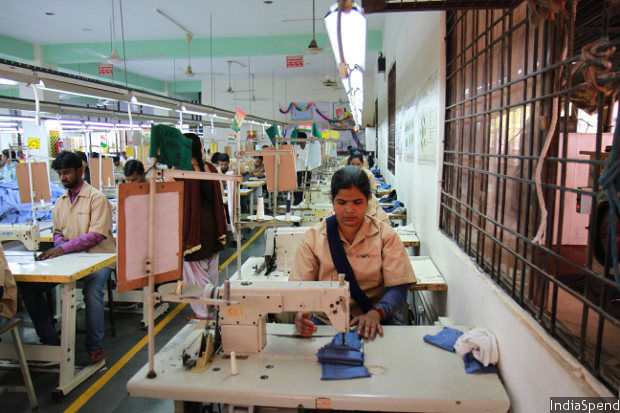 New Delhi: A new survey of micro, small and medium enterprise (MSME) firms has indicated that the sector created a total of 3.32 lakh net jobs over the last four years.

This, a report by the Confederation of Indian Industry (CII) claims, indicates a growth of 13.9% in net jobs created over the last four years at a 3.3% annum compounded growth rate.

The findings put out don’t appear to address the MUDRA factor or what role that may have played in creating jobs. Data put out by the government, BJP leaders and third-parties have so far claimed that the MSME loan scheme has created a vast number of new jobs.

For instance, in February 2019, Giriraj Singh, the minister of state for MSMEs, said that firms set up by new entrepreneurs over the last four years have provided jobs to three crore people.

Various BJP leaders have also claimed that that flagship MUDRA loan scheme had created anywhere between 5 crore to 7.28 crore jobs over the last four years. A report by Skoch, a New Delhi-based think-tank had indicated that the MUDRA scheme had created 1.7 crore incremental jobs between 2015 and 2017.

A report in The Hindu also noted that while CII’s study shows that 3.32 lakh net jobs were created in the last four years, the government’s own data shows that for the three-year-period ended 2014-15, the sector had created 11,54,293 jobs. However, it’s not clear whether the 11 lakh figure refers to total or net jobs created.

The CII’s study also extrapolates its findings on MSME job creation to employment in the overall economy.

“[Our survey] indicates an increase of 13.9% in net jobs created, over the last 4 years, i.e. an increase of 3.3% p.a. (compounded growth rate). Extrapolating this growth rate on the total labour force (450 million) implies 14.9 million jobs created per annum. On the other hand, assuming a more conservative growth of 3.0%, the extrapolated jobs addition works out to 13.5 million jobs,” the survey notes.

The top job generating sectors were hospitality and tourism followed by textiles and apparel and metal products, during the past four years. Machinery parts and transport and logistics were the next significant job creators, it showed.