The corporate concessions will improve India Inc's balance sheets but will not be enough to solely revive the economy's animal spirits. 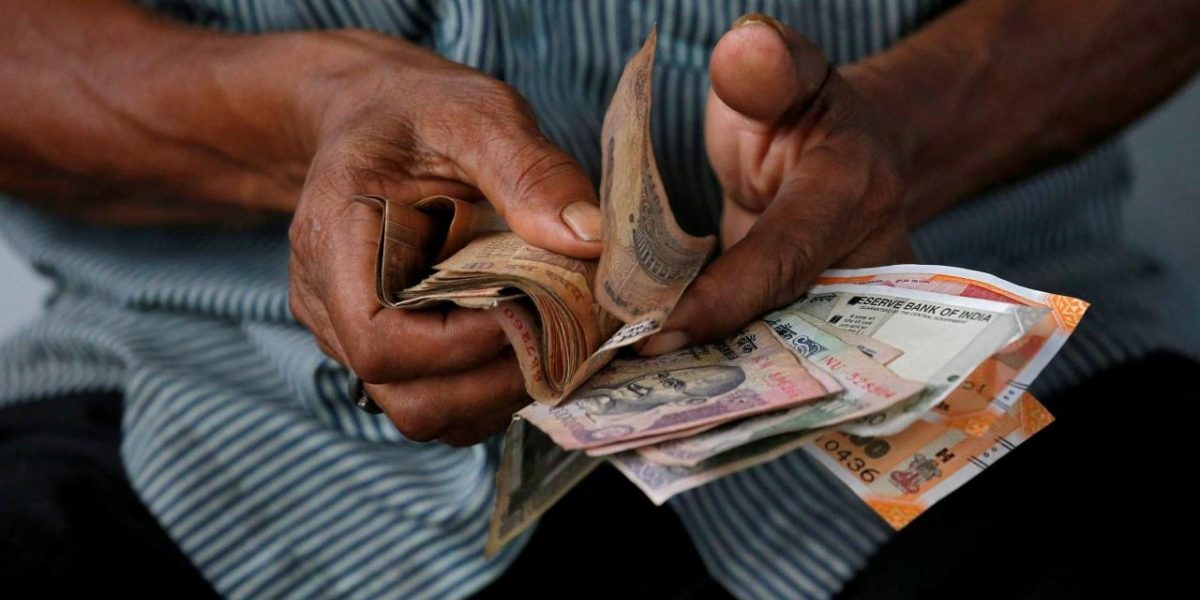 Prime Minister Narendra Modi has always been very cautious about giving away too much tax concessions to Corporate India lest the “Suit Boot ki Sarkar” image came back to haunt his government.

In fact, India Inc had almost given up on possible cuts after Nirmala Sitharman’s first budget. Then what explains the mega corporate tax cut announced on Friday, which sent stock markets soaring and made industry captains describe it as the biggest tax reform in decades?

Two recent events forced the government’s hands. One, the unexpected decline in quarterly GDP growth which some economists say is no more than 4%, even if official figures put it at 5%.

The Modi government knows that business sentiment has been going into a deep downward spiral and that markets were reflecting it on a daily basis. About 60% of the 3,000 stocks listed on the BSE have fallen by over 50% in value in recent years. Even Modi supporters within Mumbai’s financial community had said that such wealth destruction has not been seen in 40 years.

So, Friday’s tax cut was Sitharaman’s big gamble to revive confidence and get some immediate earnings injected into corporate balance sheets. For sure, the new tax rates now put India on par with its East Asian peers to attract fresh investment. Modi can also now tell Donald Trump that India has corporate tax rates comparable with that of the US. Global investors seeking to shift their production post the trade war will look at India seriously. 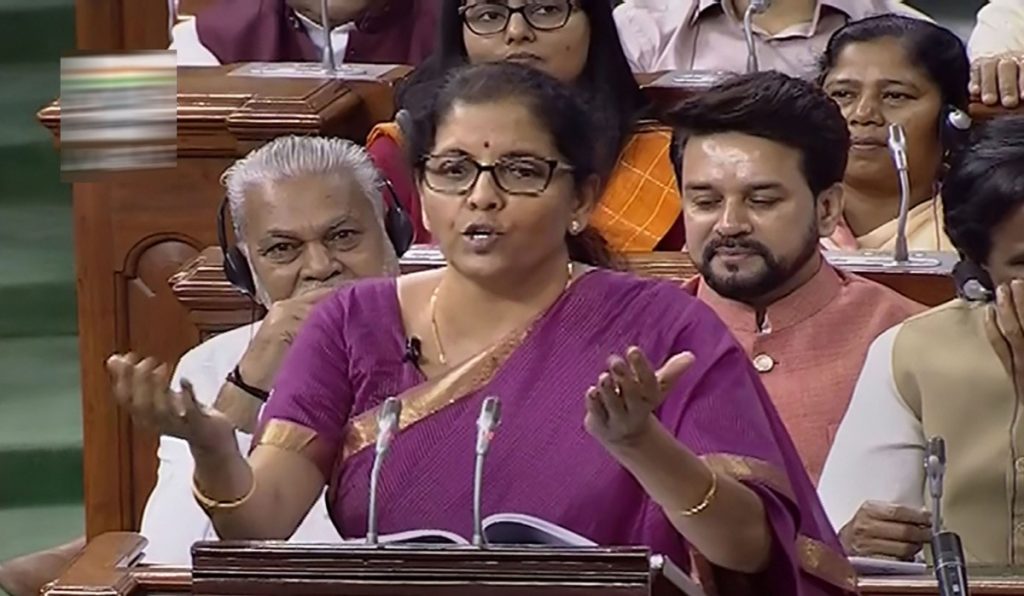 However, there are huge risks in terms of how long these tax cuts take to revive the investment cycle to produce higher growth and employment. In the short run, there is a huge risk to the fisc which has already gone haywire.  Direct tax and GST collections reveal a possible shortfall of the order which had occurred in 2018-19 — about 1% of GDP. One doesn’t know how global rating agencies will see the short-term development, even if investment sentiment revives.

Taking a step back, consumer demand will not revive until rural wages grow. Even urban wages had stagnated in recent times. An actual growth revival may still be a long haul, even if corporate balance sheets repair with better earnings.

Also, all other macroeconomic problems remain as they are. Several reputed think-tanks are sharply reducing growth forecasts for India. The Organisation for Economic Cooperation & Development has drastically cut India’s growth forecast from 7.2% to 5.9% for 2019-20. It is not usual for the GDP forecast to be cut by 1.3% within two quarters. This signifies a reduced national income of over Rs 2 lakh crore.

Last week, RBI governor Shaktikanta Das candidly admitted in a TV interview that he was surprised by the 5% GDP growth number for the first quarter of 2019-20. The central bank had earlier forecast annual GDP growth of 6.9% and the governor’s public admission clearly shows he is undergoing a serious rethink on RBI’s initial projection. Das was also careful recently in not pronouncing that the current economic slowdown in India as being purely cyclical, which would imply that recovery is around the corner as government spokespersons would have us believe.

During his monetary policy presentation recently, Das simply said that the RBI was studying whether the current crisis is cyclical or structural in nature. Most independent analysts have said it is a combination of both. In some sectors, the crisis appears cyclical because of the lack of aggregate demand. In many other key sectors such as housing and infrastructure, where enough demand exists, the crisis is structural and has to do with supply constraints like long-term financing and the regulatory mess that governs public-private partnerships.

The mess in the financial system, yet to be fully addressed, is also a structural problem which the Modi government has treated on a piecemeal basis over the past five years. Banks are still not adequately capitalised, especially given the continuously growing volume of stressed loans which are yet to fully reveal themselves. In the midst of all this, the finance minister has announced a “loan mela” for the MSME sector to be conducted across India. The idea is to give small businesses reprieve in terms of repayment of their loans.

This is indeed the first admission by the Modi government of the damage it has caused to the small and medium businesses following the disastrous demonetisation programme and messy GST implementation. This is a structural issue and one is not sure if postponing loan repayments is the best way to solve it. Indeed, what will it do to the credit culture of a banking system already tottering under massive NPAs is another story.

Other elements of the MSME business dynamics may need to be looked into. Of course, the new tax rates will help MSMEs too. For starters, the GST on exports, which is refunded in any case, must be abolished forthwith and this itself will improve the working capital cycle of MSMEs who are the backbone of India’s exports. By postponing MSME NPA recognition, the balance sheets of banks will artificially show less NPAs, but it only amounts to kicking the can down the road. 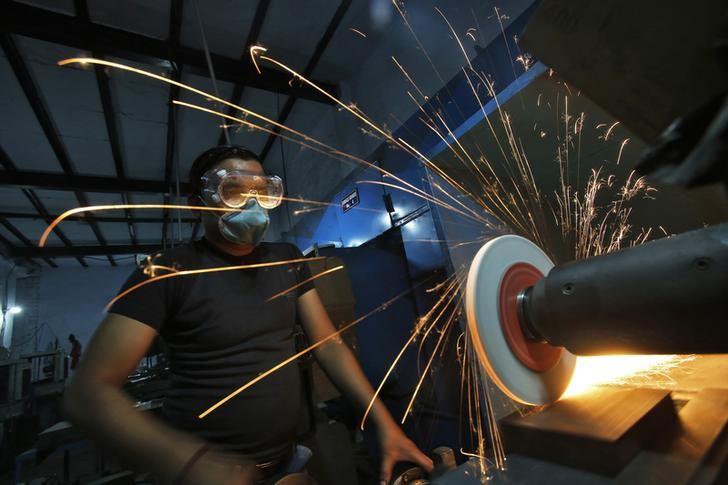 The loan repayment moratorium for MSMEs, however, would have been entirely justified if the Centre had indeed acted swiftly to recover around Rs 5 lakh crore of long-overdue loans from a dozen big business houses. Demonetisation hasn’t impacted the lifestyles of these establishment cronies who continue to game the system. This is the biggest structural problem India’s economic governance faces. NBFCs too have not been forced by the RBI to recognise the real extent of bad loans in their books.

The key structural issue is that banks and NBFCs continue to shrink their balance sheets and India cannot produce growth if the financial system withdraws into a shell. The MSME “loan mela” will make banks further shy away from making fresh loans for new investments.

The only way to revive the economy and kickstart fresh investments on a massive scale is to find new savings to fund the ambitious infrastructure programme of Rs 100 lakh crore over five years which Modi has repeatedly mentioned in his speeches. But how do you find a fresh source of domestic savings to fund projects on such a scale? This question is yet to be addressed in any detail by the government.

India’s economy partially withstood the real economy shock of the 2008 global financial meltdown because even as world trade and investment collapsed, domestic growth drivers constituted by non-tradable sectors like housing and infrastructure acted as shock absorbers to some extent. We are in a somewhat similar situation today with the OECD forecasting global GDP growth of 2.9% for 2019 which is the lowest in a decade. This is happening in the midst of a prolonged trade war between the two largest economies in the world.

India needs a comprehensive domestic strategy to withstand these multiple shocks. Recently Kotak Mahindra Bank chairman Uday Kotak suggested that one big source of new savings to fund the massive infrastructure projects could be the humongous quantities of gold lying unproductive with temple trusts in India.

According to the World Gold Council, the yellow metal lying largely dormant with Indian households and temple trusts constitute about 40% of India’s GDP. So nearly $1 trillion of gold savings are lying mostly without any productive avenues of deployment. Of this, nearly 15% is believed to be lying with temples trusts. So about $150 billion worth of gold is lying with temples alone. If a well-structured and attractive programme is launched to bring some of the gold savings into the productive stream, India need not risk resorting to sovereign borrowings from abroad to fund infrastructure projects.

The Narendra Modi government has targeted Rs 20 lakh crore a year as infrastructure spend by all stakeholders, including government and private sector. So far, peak spending on infrastructure has not exceeded Rs 7 lakh crore annually. This was achieved during the 12th five year plan (2012 to 2017), with a target that was roughly Rs 50 lakh crore over five years. Modi has doubled this target but is yet to lay down clearly how this it will be funded. We need far more clarity on this project which has the potential to revive growth and employment and help withstand global trade and investment slowdown.

It is in this context that Sitharaman’s announcements must be seen. Corporate tax cuts alone will not spark big investments in the infrastructure sector, which is saddled with complex regulatory issues.