At the World Economic Forum, Prime Minister Narendra Modi will have to explain whether the economic mismanagement of 2016 and 2017 was a mere blip. 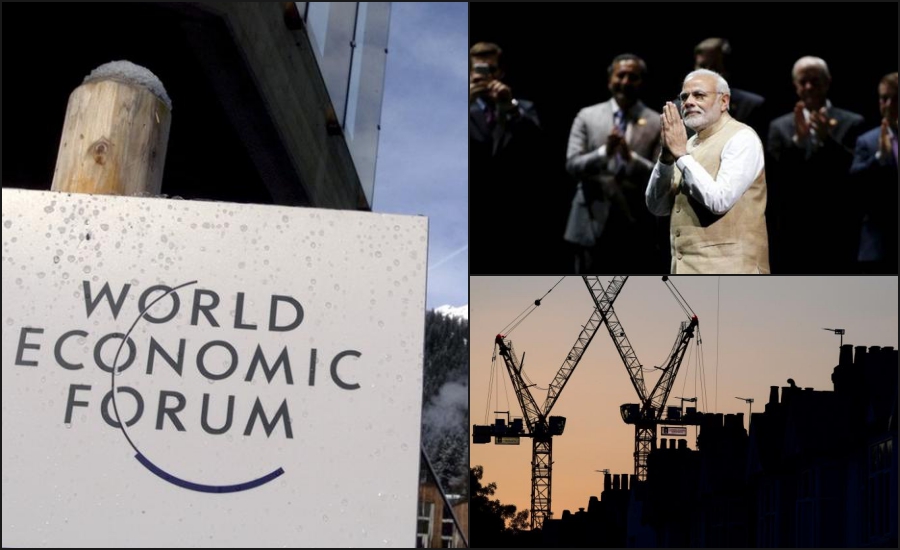 Modi recently stated that India is where all global investors want to be. This is not as true in 2018 as it was in 2014. Credit: Reuters

Make no mistake. All the hoopla about Prime Minister Narendra Modi’s visit to Davos, the first by an Indian PM in over two decades, is against the backdrop of India having become just another investment destination among key emerging economies.

It also comes against the backdrop of India figuring among the minority (one-fourth) of global economies that actually saw a deceleration in both GDP and employment growth in 2017 compared with the previous year.

Most other major economies in the developed and developing world saw a higher growth in GDP and employment in what is generally seen as a year of global economic recovery. Unfortunately India hasn’t participated in this global recovery and Modi will have to work that much harder to explain what went wrong with India in 2017 if such a question is put to him.

True, there was heightened interest to invest in India after 2014. Especially in 2015 and much of 2016 (until demonetisation) when global investors expected the Modi government to deliver on some of the promised big reforms in both the product and factor markets. In the product markets the global investors expected greater opening up of various sectors for FDI and, more importantly, there was the great promise of structural reforms in the factor markets, especially those relating to land and labour. On all these counts, Modi’s track record is a mixed bag at best.

Therefore, the prime minister will have to sell India very hard to over 100 CEOs of global companies at Davos. His job becomes that much more difficult with the US government having dramatically cut domestic corporate tax rates and placing additional taxes on foreign incomes earned by American corporations. Both these moves will encourage incremental investments by US companies within that country. Also, compared to India, other emerging economies like China, Brazil and some East Asian nations offer a lower corporate tax regime and much easier tax administration.

So Modi seemed to be exaggerating – which often happens in marketing exercises – when he recently said that the world is eagerly waiting to invest in India. After all, India currently stands on par with other major emerging economies and there is very little evidence to suggest that global companies are falling over each other to invest in India. Modi recently told a national news TV channel, in what appeared to be a friendly interview, that global investors have pumped in record FDI in recent years. What the government hides is much of these FDI inflows have come in the form of either buying distressed assets – like the $13 billion Essar refinery deal – or in the form of new rounds of funding in e-commerce projects which existed before the NDA government came to power.

The Modi government has already lost nearly four years and there is little to show by way of improved GDP growth, employment growth, higher farm incomes, and a sustained industrial revival.

To add to the woes of the economy, oil prices are touching $70-plus a barrel, and the pressure on the fisc is growing with increasing uncertainty about the GST revenues stabilising. There could be a shortfall of Rs 1 lakh crore in the budgeted GST revenues for 2017-18. This is partly reflecting in the 10- year government bond yields having shot up by nearly 100 basis points over the past 9 months. When bond yields increase in such a jerky manner it reflects a lack of confidence about stable macro conditions prevailing in the future. No wonder Uday Kotak, Chairman of Kotak Mahindra bank remarked last week that India’s macro fundamentals were much better when this government came to power with low oil and commodity prices, improving fiscal/ current account deficits and falling inflation rate. Now most of these indicators are worsening. And they are reflecting in the expanding bond yields.

These facts are not hidden from the global CEOs who gather at Davos to take a hard-headed call on where to invest in the world.